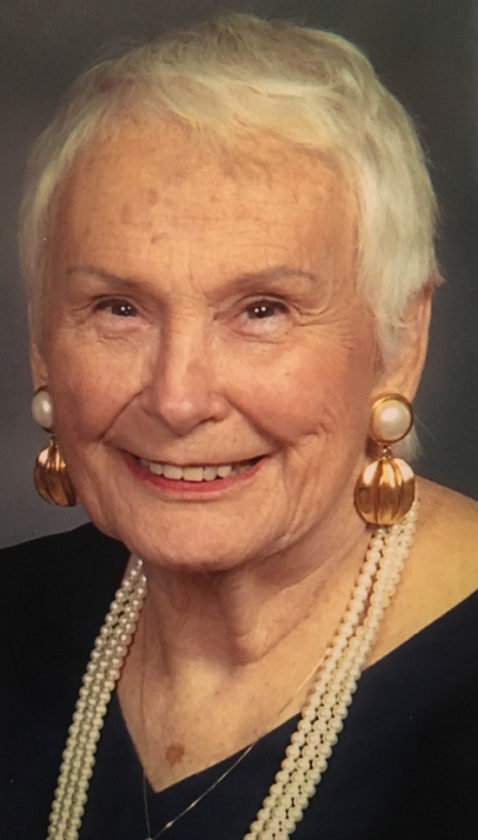 Her family announces with great sadness that, after a rapid decline from her metastatic lung cancer diagnosis in December of 2016, Marian W. Timothy, 85, died on Sunday, February 12, 2017, in Cary, North Carolina. Mrs. Timothy was born on September 5, 1931, in Mt. Vernon, New York, to Beulah J. and Gilbert E. Whiteley but grew up in and attended public schools in Williamsport, Pennsylvania.

Mrs. Timothy received her B.S. in English with a concentration in Drama and Social Studies at Pennsylvania State University. As a freshman, she was elected by her peers as the first woman Class President in the history of the school. At Penn State, Mrs. Timothy was a member of Kappa Alpha Theta Sorority.

Following her graduation in 1953, she married David H. Timothy and moved to Minneapolis, Minnesota, where she was the Director of Student Activities at Koffman Student Union at the University of Minnesota. In 1956, the family moved to Bogota, Colombia, South America, where Mrs. Timothy was active in amateur dramatics, the American Woman’s Club, and various art leagues. In 1961, the Timothys moved to Raleigh, NC, where they lived until their move in 2007 to Glenaire Retirement Community in Cary, NC.

In Raleigh, Mrs. Timothy was a Girl Scout leader, President and staff member of Raleigh Children’s Theatre, a Sunday School teacher, and a member of the Panel of American Women. She was the Chair of the English Department and taught English and Drama at Needham B. Broughton High School, where for several years her peers voted her Teacher of the Year. She also received both the Richard Jenrette Teacher of Excellence and the Richard M. Jewell Teacher of Excellence Awards. Mrs. Timothy was co-owner and co-director of the Wedding Company, Past President of Gamma Eta Chapter of Delta Kappa Gamma International Society for Key Women Educators, and belonged to the Anne Hathaway Book Club. In addition, Mrs. Timothy was a member of the North Carolina Watercolor Society, High Country Water Media Society, and the Fine Arts League of Cary. A collection of Mrs. Timothy’s watercolors can be viewed from March 5, 2017, to April 30, 2017, at Glenaire Retirement Community in the main building.

A memorial service will be held at 2:00 on March 18th at Highland United Methodist Church, 1901 Ridge Road, Raleigh. The family will receive friends at the church immediately following the service.

Mrs. Timothy’s family is profoundly grateful for the loving care provided to her by the staff of Glenaire Health Care Center, Transitions LifeCare, Dorothy Hicks, and Wilma Hu.