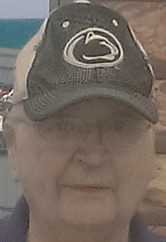 Born August 1, 1939, in Queens, N.Y., he was a son of the late Frederick and Margaret (Trickle) Prince. He and his wife, the former Constance Jane, were married July 16, 1969. Together they celebrated 48 years of marriage.

Walter was a graduate of Muncy High School. He was a veteran of the U.S. Army. Walter was employed as a woodworker and retired from Anton Waldman Associates. Following retirement, he returned to work in security at ConAgra and most recently was self employed doing income taxes.

Walter was a member of the Church of the Resurrection, Muncy. He was a volunteer at the Muncy Fire Department.

Walter valued staying up on current events and news, reminiscing about his army days, shopping, and going out for breakfast.

Surviving in addition to his wife are a daughter and son-in-law, Holly Prince-Kessler and Doug Kessler, of Montgomery, PA; a son and daughter-in-law, Steve and Stephanie Prince, of Montgomery; two brothers and one sister-in-law, Arthur and Marsha Prince, of Gulfport, Miss. and Robert Prince, of Lansdale, PA; and one grandson, Steven Prince II.

In addition to his parents, he was predeceased by two brothers, Richard and Edward Prince and one sister, Claire Walters.

Services will be held privately at the convenience of the family.