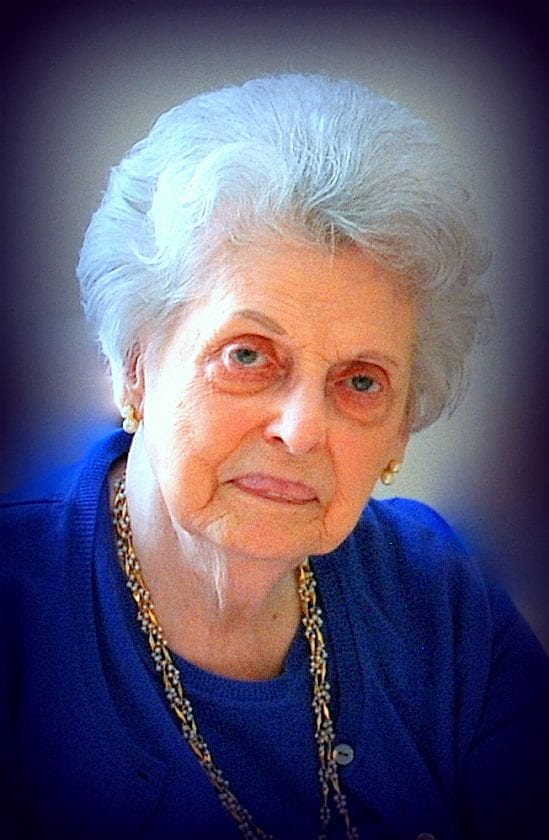 Born April 9, 1922, in Warriors Mark, Huntingdon County, she was the fourth youngest child of the late James C. and Laura M. (Varner) Emigh. She was preceded in death by her 11 siblings.

Elda was a 1939 graduate of Warriors Mark High School. She and Ralph were married on March 1, 1942, and moved to Williamsport where he began his career teaching at Williamsport Technical Institute. During World War II, Elda moved to Chicago, where her husband was stationed in the U.S. Navy; she supported the war effort by working at Stewart Warner Corporation, a manufacturer of radio parts.

Upon returning to Williamsport, in addition to being a loving homemaker, Elda became an active member of St. Mark’s Lutheran Church, teaching Sunday school, serving as a choir mother and participating as a member of the Women’s Group. She was a community volunteer for several local organizations and charities, including the former Exchange Mart and Williamsport Hospital Auxiliary. She and her husband were also loving foster parents.

Elda retired as the receptionist and PBX Operator from Your Building Center, having previously worked as a switchboard operator at the Williamsport Hospital and Lundy Lumber Company. She enjoyed many creative hobbies throughout her life, including ceramics, making wreaths, cookie baking and stitching notecards.

A funeral service for Elda, officiated by her pastor, The Rev. James E. West, will be held at 11 a.m. on Friday, Sept. 13, at St. Mark’s Lutheran Church, 142 Market St., Williamsport. Burial will follow in Wildwood Cemetery. Visitation will be held from 9:30 to 10:45 a.m. on Friday at the church.

Flowers will be provided by the family. Those who wish may make memorial contributions in Elda’s name to St. Mark’s Lutheran Church Memorial Fund, 142 Market St., Williamsport, PA 17701.

The family extends heartfelt thanks to her many compassionate caregivers at The Williamsport Home, and to her physician, Dr. Lee M. Ciccarelli, and his staff, and to her pastor and church family for their many kindnesses.

Investing more in students is what matters