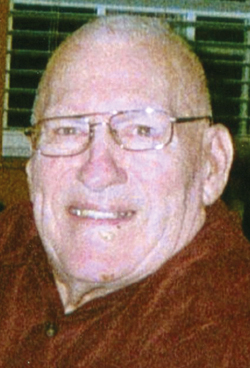 Born Oct. 10, 1930, in Montour County, he was the son of the late Nelson and Rena (Crawford) Cotner. He graduated from the former Turbotville High School in 1948.

Fred was a truck driver for UPS for 23 years until retiring. He had also been a school bus driver and had other jobs, but was still a farmer at heart.

Fred and Joanne enjoyed spending winters in Cape Canaveral, Fla., and playing bingo and cards with friends. He was a loving and generous person, having donated regularly to his church and numerous charities.

He was a member of Holy Spirit Lutheran Church, Turbotville.

Family and friends are invited to a visitation from 6 to 8 p.m. Friday, at Brooks Funeral Home, 207 Broadway St., Turbotville. A funeral service will be held Saturday, Sept. 14, at 10 a.m., at Holy Spirit Lutheran Church, 10275 Route 44, Watsontown, with the Rev. Donald Snyder, his pastor, officiating. Burial will follow in Twin Hills Memorial Park, Muncy.

In lieu of flowers, the family suggests contributions in Fred’s memory be made to either his church at Holy Spirit Lutheran Church, P.O. Box 6, Turbotville, PA 17772, or one’s own favorite charity.