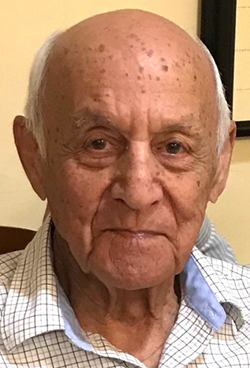 Born on Feb. 17, 1921, in Rochester, N.Y., Victor was the youngest of six siblings. He served his country during World War II in the U.S. Army Air Force as a crew member aboard a B-24 Liberator, flying more than 30 sorties. Afterwards, Victor attended the Robert Fiance Beauty School in New York City, becoming a beautician and meeting his wife. He opened his own business, The Deb-Paul Beauty Salon, in Williamsport. Later, Victor became a realtor with D&M Real Estate.