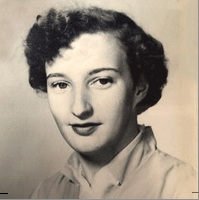 Dottie had been employed by the former Montgomery Mills and GTE Sylvania at Montoursville.

She enjoyed crocheting and playing cards. Dottie was an avid NASCAR and New York Yankees baseball fan. She was most fond of spending time with family, especially her grandchildren and great-grandchildren.

Graveside funeral services will be conducted on Wednesday, Dec. 4, at 2 p.m., in the Fairview Cemetery at Montgomery, with Chaplain Thomas Brokaw of UPMC Susquehanna Health officiating. Please visit www.betzerfuneral.com to sign the guest book or send an e-condolence.

Dottie’s family would like to give a heartfelt thanks to all of her caregivers for the compassionate and professional care given to her.