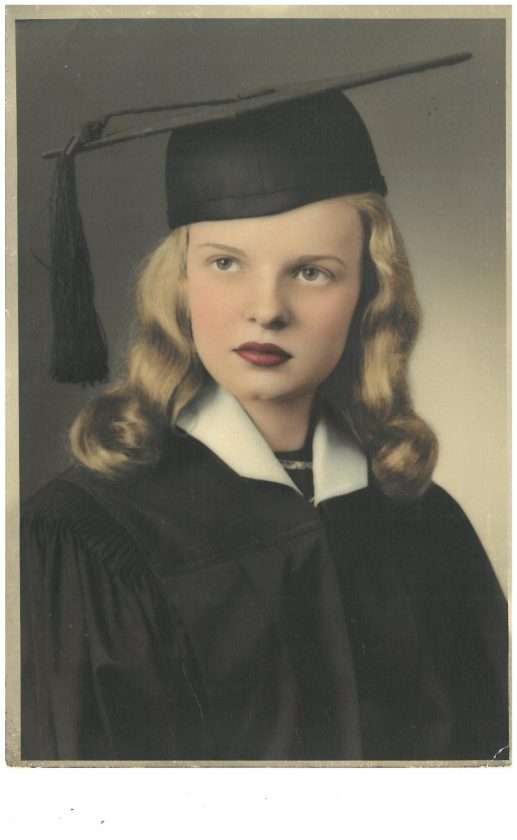 Born on Nov. 17, 1931, in Wilkes-Barre, Mary Alice was the daughter of Peter F. Goobic and Mary E. (Kilgaski) Goobic. A graduate of Wilkes-Barre High School, Mary Alice started dating Charles Caffrey on the day the Korean War broke out in 1950. They were wed on July 2, 1953, and together celebrated 64 years of marriage until Charles’ death in January 2018.

Mary Alice was the apple of her father’s eye, and during her childhood enjoyed spending summers at the family lake cottage in Falls, Luzerne County. Following high school graduation Mrs. Caffrey spent two years attending business school and after her marriage moved to our nation’s capital where she worked at the Pentagon. Charles and Mary “A,” as he affectionately called her, had a strong desire for children, and two boys would arrive, 11 months apart. From that point on Mary Alice devoted herself to homemaking and child-rearing.

Mary Alice was extremely talented in the kitchen and took great enjoyment in traveling with Charles and her boys. Her favorite destinations were Nantucket and Hawaii. Her greatest love, however was for her home in the Vallamont Hills section of Williamsport where she spent the last half century of her life. Mrs. Caffrey was a 53 year member of St. Boniface Roman Catholic Church.

In addition to her parents and her husband, Mary Alice was predeceased by her sister Anna Marie “Nancy” Davy.

There will be a public visitation from 6 to 8 p.m. Monday, Dec. 16, 2019, at the Maneval Allen Redmond Cremation & Funeral Home, 500 W. Fourth St., Williamsport, PA. A Mass of Christian Burial will be held on Tuesday, Dec. 17 at 10 a.m. at St. Boniface Catholic Church, 326 Washington Blvd., Williamsport, with Rev. Bill Corcoran officiating. Burial will follow in Wildwood Cemetery.

Memorial contributions in Mary Alice’s name can be made to the Alzheimer’s Association at act.alz.org, or to their home office at 225 N. Michigan Ave., FL 17, Chicago, IL 60601.