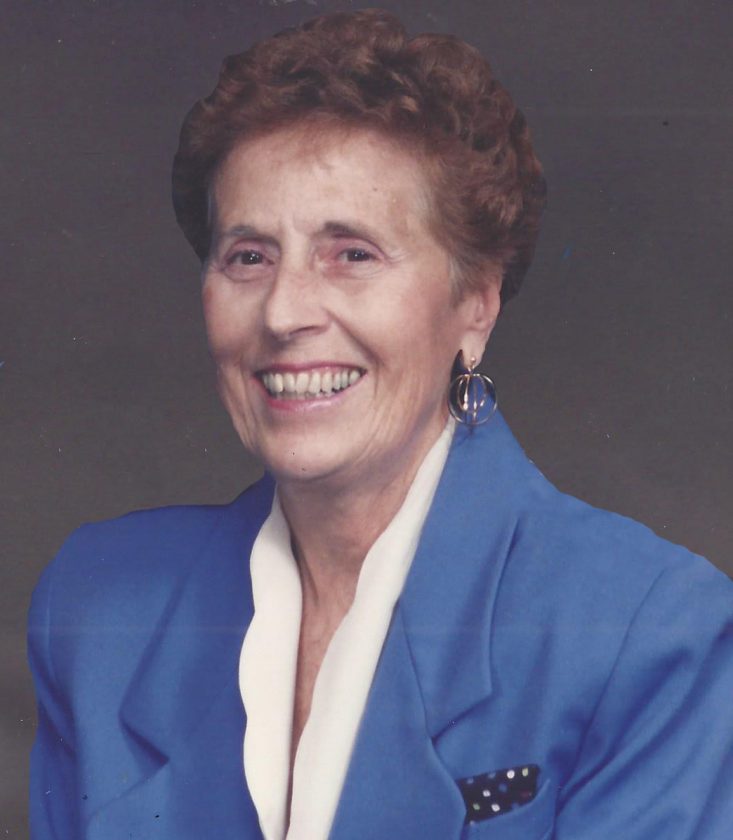 Born April 8, 1929, in Howard, she was a daughter of the late LeVern and Nellie (Bathurst) Day.

Myrtle was a 1946 graduate of Williamsport High School and Miss Wheaton’s Commercial School. She worked in banking at Williamsport National Bank, the forerunner of Susquehanna Bank, for 28 years until her retirement in 1995.

She was involved in many clubs and organizations, serving as chairman of the class of ’46 for many reunions until their 60th in 2006, a member of Faxon-Kenmar United Methodist Church, where she served as treasurer of the Women’s Society for many years, member of the Alpha Nu Sorority, minority inspector of elections for 5th precinct at Loyalsock for 10 years and a former member of Clio Club where she served as membership chairman.

Myrtle loved reading, doing crossword puzzles, and word searches, as well as traveling on bus trips with various travel clubs. She was an outgoing, strong-willed and independent woman and above all, a devoted mother and grandmother.

In addition to her parents, Myrtle was preceded in death by a brother, Elmer Day.

A memorial service to honor the life of Myrtle will be held at a Faxon-Kenmar United Methodist Church, 1301 Clayton Ave., Williamsport, with a date and time to be announced.