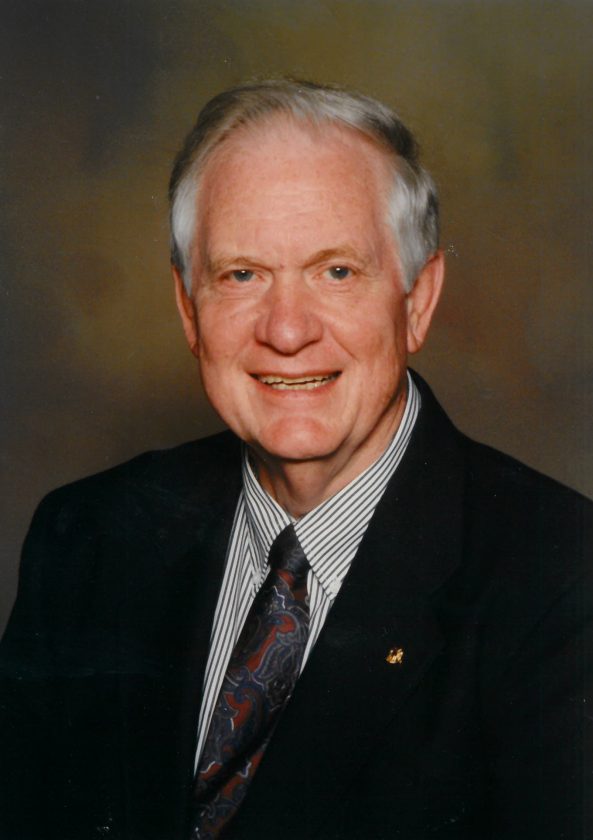 Born in Huntingdon County on Jan. 11, 1930, he was the son of the late Ernest T. and Buelah Grace (Rupert) Holland.

In addition to his parents, preceding him in death were a daughter, Robin K. Starr; a son, Douglass Scott Holland; and three brothers, Ernest, Herbert, and Vernon Holland.

Upon graduation from the Huntingdon Area High School in 1948, Ray entered the U.S. Air Force and served honorably for 20 and a half years. After his military career, Ray became a juvenile and adult probation officer in Huntingdon County courts, followed by becoming the county’s first District Court administrator. In 1979, he came to Lycoming County where he became the District Court Administrator. During his judicial career with the courts, Ray attended and graduated from a special two-year program which certified him as a Court Executive by the U.S. Supreme Court.

Ray was appointed as a commission member and later as the chairperson for the Governor’s Justice Commission serving both Democratic and Republican Governors. During his court career, Ray became President of the State Trial Court Administrators and received state recognition by the Pennsylvania Constables Association for his outstanding services to that organization.

Ray’s military career was served in the Office of Special Investigations (OSI). He served on three Presidential details–Truman, Eisenhower and Kennedy. During his military career, he attended and graduated from the Federal Bureau of Narcotics Course.

His military decorations include the National Defense Service Medal, Good Conduct Medal, two Distinguished Service awards, Air Force Commendation medal, and in 1999, recognition from the Secretary of Defense for his role during the Cold War. In 2012, Ray was invited by the OSS, forerunner of the CIA, to join them as a member based on his work with OSI, something he considered a great honor. Ray finished his military career as Commander of the OSI office in State College, PA.

Ray was a life member of American Legion Post 268 and VFW Post 3428, Muncy. He served as Commander of the VFW for two years and as a service officer for both organizations. He was a member of the Northway Presbyterian Church, The Wheel Inn Club, Leidlein Lodge 707, F. & A.M., and the Williamsport Consistory.

A funeral service will be held 11 a.m. Wednesday, Dec. 11, at Spitler Funeral Home, 733 Broad St., Montoursville, with Rev. David C. Smith officiating. Burial will follow in Green Lawn Memorial Park with military honors accorded by the Korean War Veterans of Lycoming County Honor Guard. Visitation for family and friends will be from 10 to 11 a.m., at the funeral home.

In lieu of flowers, contributions may be made to Susquehanna Health Foundation, c/o The Gatehouse, 1001 Grampian Blvd., Williamsport, PA 17701 or a charity of your choice.

Online condolences may be sent to www.spitlerfuneralhome.com.