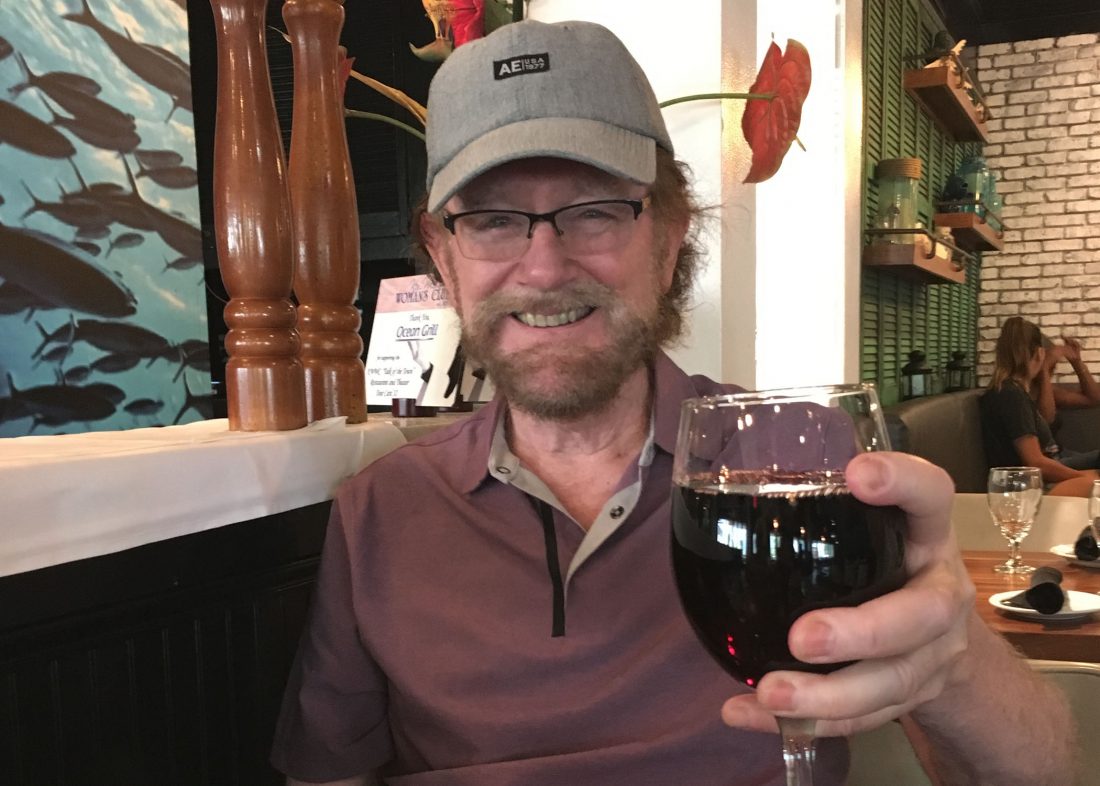 He first began his political passion, or rage, when he and his two best friends decided to hitchhike from Williamsport, PA, down to the tip of Florida to catch one of the last flights to Cuba so they could assassinate Castro. Fortunately, they were stopped at the airport for being underage.

In college, Terry grew serious about becoming a writer when he participated in a contest and spent most of the day sitting cross-legged on a table in order to win a typewriter. Because of his unwavering determination, he won the contest and began a life-long obsession as an admired wordsmith.

In 1962 he joined the Army, earned a sharpshooting badge, and almost died when his parachute spiraled. Out of sheer boredom with daily military life, he volunteered for Vietnam. While there, he witnessed his share of unspeakable tragedy that haunted him his entire life. Upon returning he began writing a novel based on his experiences in that war.

During the following years, Terry married his first wife, Allison Hughes. They had a son, Aaron Drew Watkins (deceased) whom he adored. Aaron became an artist, was accomplished in martial arts, played bass guitar in the band, The Peelers, was a beloved bartender, and had a gift for attracting life-long friends wherever he went.

Sometime during the late seventies, after two divorces, and when John Travolta was burning up the dance floor, Terry tried his hand at dancing. During a moment of awkward clarity, he told Mary Leo (also a writer) that he had always loved her, a revelation that changed the course of both their lives.

For the next forty-some years, they forged a life together where each of them supported and cheered on the dreams and goals of the other. One of Terry’s major goals was realized when he received his MFA from the American Film Institute in Los Angeles. Also, during their time together, under his birth name of Richter Watkins, Terry published over twenty-five novels, short-stories, articles, political satire, and the book of his heart, the book he began writing right after his tour of duty, Body Count: A Vietnam War Thriller.

Terry loved his two stepchildren, Jocelyn Hughes and Richard Hughes, and loved to read and sing silly songs to his two adorable grandchildren, Indie-Elise Milton (7) and Kieran Shane Milton (5), who lovingly referred to him as Grumpy. Terry, his two brothers, Steve and Norman Watkins, along with their sister, Louise Stover (deceased) grew up on Poco Farm in Williamsport, PA, with their parents, Richter Vertrees Watkins Sr., and Catherine (Brown) Watkins.

Rick, the name his wife used, had a passion for anything fried, any song from the fifties, cheap red wine with ice, long dinners with writer friends in Matera, Italy, debates on politics, hiking with his two sons, brainstorming story, and above all, writing his next book.

His memorial will be held on Dec. 12, at noon in the chapel at Wildwood Cemetery in Williamsport, PA. His wife, Mary, encourages anyone who attends to please say a few words. Afterwards, cheap red wine will be served in the Brown Mausoleum at Wildwood Cemetery to properly send Richter, Terry, Rick or Grumpy off to his next chapter.