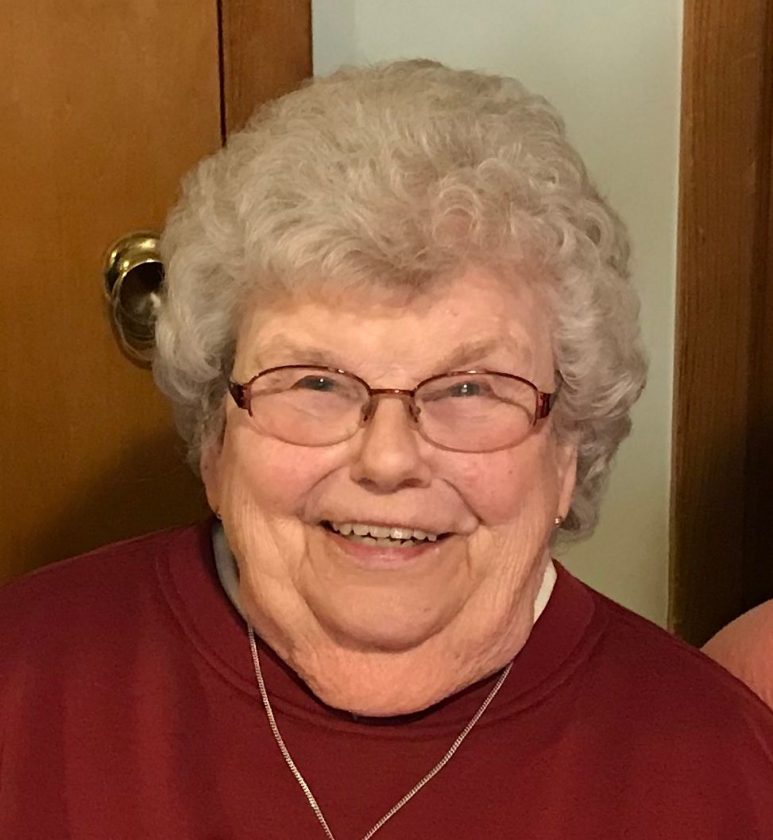 Suzie was born May 1, 1933, in Binghamton, N.Y., to John Frederick and Mildred (Deitrick) Stuempfle. The family moved to Williamsport while she was in third grade to attend Cochran Elementary School and then Curtin Middle School. She was a 1950 graduate of the Williamsport Area High School. An April 1950 article in the Williamsport Sun-Gazette noted that Suzanne was a “Winner Over Year of Illness” and noted her accomplishment of completing assignments and graduating with her high school class in spite of a year-long recovery from pneumonia.

Suzie felt an early interest in nursing after her illness and after taking care of family members. She graduated from the Williamsport Hospital School of Nursing, Class of 1954, and received the Horace G. McCormick award for excellence in nursing. Suzanne’s nursing career spanned over 50 years and included time at Divine Providence Hospital, the Williamsport Hospital (OB Department), Sycamore Manor Nursing Home and private practice. When her children were young, Suzie was also known in the neighborhood as the nurse who could provide first aid to injured youngsters as well as nursing guidance to family and friends. She was a member of the Williamsport Hospital School of Nursing Alumni Association and regularly attended their annual banquet and annual Christmas dinner.

During her children’s school years, Suzie was active in the PTO and was an ever-present source of cheering at athletic and academic events as well as supporting her son’s participation in the Loyalsock Volunteer Fire Company. She continued to cheer for her grandchildren by regularly attending their events and by supporting their fundraisers.

Suzanne married Richard C. Haas in February 1985 and they enjoyed 30 years of marriage prior to his death in August of 2015. They made annual autumn trips to Ogunquit, Maine, for many years — even surviving a hurricane while there one year. She was known for her extensive collection of angels and shared that collection through a display at Valley View Nursing Center during her time there. The residents and staff especially enjoyed her collection of “retired” angels.

Suzanne was a member of First United Methodist Church, Williamsport, and a former member of St. Paul Lutheran Church, Messiah Lutheran Church and St. Ann Catholic Church. She was an active church member over the years, including singing in the choir, greeting and furnishing supplies for food pantries and for Family Promise. She knitted sweaters that were sent to mission areas. Suzanne had a solid Christian faith and was known by family and friends as one who could be counted on to pray for others.

Suzanne was a member and past president of the Loyalsock Township Garden Club. She was a member of the Bald Eagle Chapter of the ABWA including the role of chapter president from 1990 to 1991 and was recognized for her work with the ABWA Chapter Woman of the Year award in February 1991. She was famous for her Christmas sand tarts (her mother’s recipe) and taught the skill of the perfect sand tart to family members to pass on that tradition. She enjoyed hosting large family gatherings for many years.

A viewing will be held at Crouse Funeral Home & Cremation Services from 6 to 8 p.m. on Wednesday, Jan. 29, 2020. A memorial service to celebrate Suzie’s life will be held at First United Methodist Church, 604 Market St., Williamsport, at 1 p.m. on Thursday, Jan. 30.

The family would like to thank the staff of Valley View Nursing Center for the loving care provided to Suzie.

In memory of Suzanne, donations can be made to the Loyalsock Volunteer Fire Company, 715 Northway Road, Williamsport, PA 17701; or to the Music Fund at Valley View Rehab and Nursing Center, 2140 Warrensville Road, Montoursville, PA 17754.