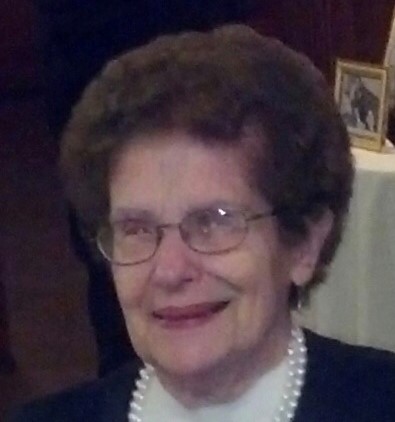 Born Feb. 27, 1923 at Williamsport, she was the daughter of the late Guillamo and Madeline (Valluci) Maggi. She was a member of the Saint Lawrence Roman Catholic Church at South Williamsport. She had been a member of the Altar and Rosary Society of the Church. She enjoyed cooking and spending time with her family, especially her grandchildren and great-grandchildren.

She had been employed at Hill’s Department store as the head pricing clerk. She had also been employed at the former Arrow Shirt Company of Williamsport and at Glamorise Foundations as a sewing machine operator.

Jennie or “Gee” as she was referred to by her grandchildren and great-grandchildren was the mother of three children. She is survived by her two daughters, Constance L. (Richard L.) Perry of South Williamsport, and Barbara A. Wright also of South Williamsport, her son, John D. (Mary) Samar of Montoursville; her three grandchildren, Amy, Corey and Nicole; and her three great-grandchildren, Aidan, Harper and Paige; and her sister, Teresa Fredo of Williamsport. Jennie was preceded in death by her late parents, and her late husband, Leo J. Samar. They had shared 53 years of marriage together. They were married on March 2, 1946, at the former Mater Dolorosa Parish of Williamsport. She was also preceded in death by her late brothers, Anthony Maggi and Sivione Maggi; her three sisters, Mary Kiodo, Louise Bellott, and Antionette DeSanto; her son-in-law, Frank E. Wright; and her great-grandson, Christian Houghtaling. Jennie had an extended family that was with her at Hillside for the past two years; they are very grateful for the many things they had done together.

Funeral services will be held privately for the family at East Wildwood Cemetery, Williamsport, with her priest, Rev. William Corcoran, officiating. A memorial service will be held at a later date.