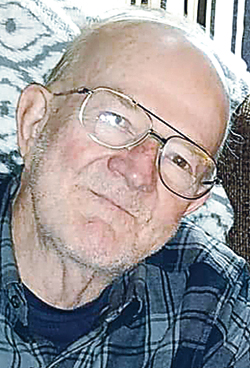 James attended Muncy High School. He worked in sheet metal layout for the former Sprout-Waldron, now Andritz, for 44 years before retiring and was a member of the Quarter Century Club.

He was a member of Clinton Baptist Church, Montgomery.

An avid outdoorsman, James was a founder and former president of the Ned Rock Hunting Club. He enjoyed hunting and fishing and was a member of the NRA and the Coon Hunters Association. James was also fond of woodworking and was affectionately known by many as “The Woodsman.” Most of all, he loved spending time with his family; especially taking trips to the seashore, and with his grandchildren and great-grandchildren, sharing his outdoors skills.

In addition to his wife and parents he was predeceased by four sisters, Delores Levan, Patricia Little, Celia Holmes, and Yvonne Delany; son-in-law, Joseph Culver; and a granddaughter, Samantha Montesdeoca.

Friends will be received from 6 to 8 p.m. on Wednesday at Grenoble’s, 121 S. Main St., Muncy. The funeral will be held at 11 a.m. Thursday at Clinton Baptist Church, 60 Warren St., Montgomery, with his minister, Pastor David Jacobs, officiating.

The family will provide the flowers and suggests contributions be made to either the American Heart Association, 7272 Greenville Ave., Dallas, TX 75231, or online at www.heart.org, or the American Cancer Society, Lycoming Unit, 1948 W. Third St., Williamsport, PA 17701.