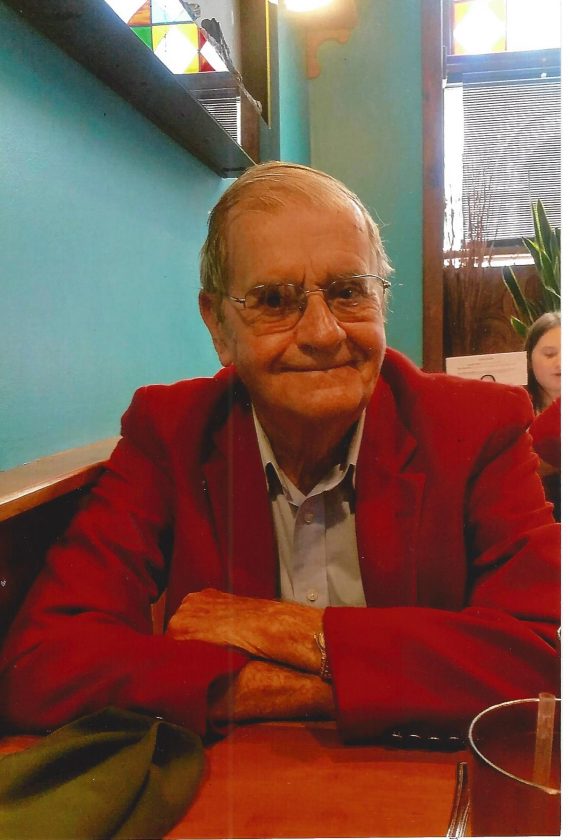 Thomas J. “Guff” Schramm Sr., 84, of Muncy and formerly of Williamsport, passed away Friday, July 3, 2020, at home surrounded by his family. He is survived by his loving wife of 36 years, Helen “Honey” (Clokey) Schramm.

Born March 16, 1936, in Williamsport, he was a son of the late William and Josephine (Staib) Schramm.

Tom was a 1955 graduate of the former St. Joseph High School where he held the great accomplishment of being the first basketball player in Lycoming County to score one thousand points. He served his country honorably in the U.S. Navy aboard the USS Everglade. Tom retired from Keystone Veneer. After retirement, he delivered pizzas and was known as “Tom the Pizza Man.” He enjoyed going to the beach and was an avid Notre Dame and St. Louis Cardinals fan. Tom had a special love for animals, especially his four kitties. Tom was a member of St. Joseph the Worker Parish.

Surviving in addition to his wife are his children, Thomas Schramm Jr. (Jane), Stephen (Jan) Schramm, Michael Schramm, all of Williamsport, Christine Shatto (Randy), of Nescopeck, Richard Bates (Sheree Speicher), of Muncy, and Cynthia Sanders (Nathan), of Harrisburg; a sister, Mary, of Williamsport. Tom was known as “Pop Pop” to his 11 grandchildren and eight great-grandchildren. Also surviving is Tom’s former wife and her husband, Judy and John Kovich, who remain close friends.

In addition to his parents, he was preceded in death by his sisters, Ruth, Edna, Dorothy and Gretchen and brothers, Carl William, Robert and John.

A visitation will be held from 6 to 8 p.m. on Tuesday, July 7, at Sanders Mortuary, 821 Diamond St., Williamsport. A Mass of Christian Burial to honor the life of Tom will be celebrated at 10 a.m. on Wednesday, July 8, at St. Joseph the Worker Parish, 702 W. Fourth St., Williamsport. Burial will follow at Wildwood Cemetery.

Online condolences may be made at www.SandersMortuary.com under Tom’s memorial page.

The proper social distancing and adhering to CDC and state guidelines are encouraged.