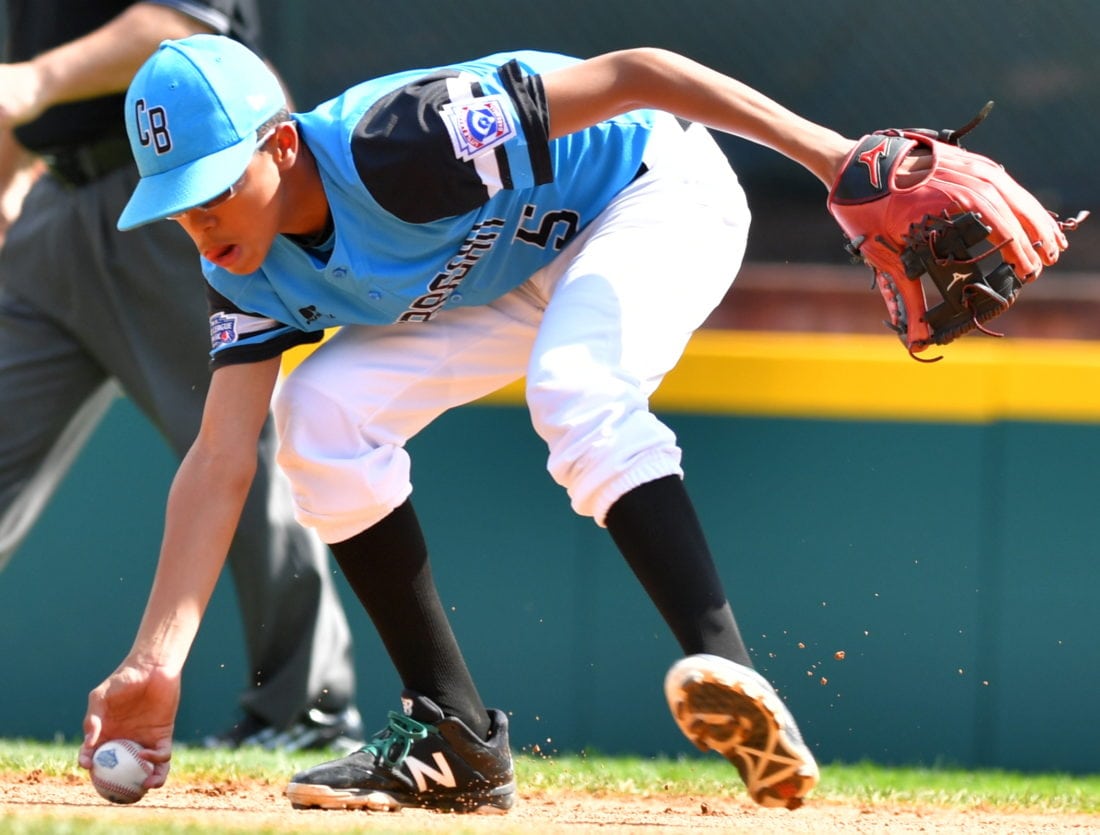 Puerto Rico’s John Lopez sprinted down the first base line hoping for a Little League mess up. The leadoff hitter in the bottom of the sixth inning, with his team losing to Japan, 1-0, Lopez wanted to get something started. His hard hit grounder down the right field line was snagged and tagged at first base for the first out.

Lopez ripped his helmet off his head, showing his bleach blonde hair in the setting sun. He wanted to slam his helmet down, but held off. Lopez knew he and his team were running out of time with a berth to the international final on the line and his dominant effort would be wasted.

Well, the next two batters struck out and popped up, respectively, and Lopez’s complete-game three-hitter was all for not.

Japan scored an unearned run in the top of the third inning and two Japanese pitchers combined on a dominant effort in its 1-0 win over the Caribbean on Thursday afternoon at Lamade Stadium.

Japan takes on Asia-Pacific Regional champion South Korea in a rematch for the International Championship on Saturday at 12:30 p.m. at Lamade Stadium. Puerto Rico drops out of the tournament with a 3-2 record and a lot of memories.

“He’s all baseball. Everything we ask him to do, he does. What you see here, is the real John Lopez,” Caribbean manager Carlos Texidor said through an interpreter. “In Puerto Rico, he’s in an MLB developmental academy. All the other players, he’s in advance of them. You’re going to be seeing more of John Lopez.”

Luckily for the rest of the international field, and possibly the American field, they won’t be. Lopez threw a complete game three-hitter on 77 pitches, didn’t allow an earned run or a walk and struck out eight.

“I didn’t see that kind of pitcher in Japan,” Japan catcher Masaumi Ikeuchi, who scored the game’s lone run, said through an interpreter. “Today the Puerto Rican pitcher, every single pitch was different. He changed the speeds and heights of every pitch. It was hard to make contact.”

He was matched by stellar pitching from Japan as starter Masato Igarashi threw 3 2/3 innings, allowed three hits and struck out five. He also just needs two days of rest as he threw 51 pitches. Shisei Fujimoto came on in relief and didn’t allow a base runner in his 2 1/3 innings as he struck out four. He retired the 2-4 hitters in the bottom of the sixth inning to preserve the win.

“During today’s practice, coach told me that you’re going to be the substitution so I was ready,” Fujimoto said through an interpreter. “The starter did a good job. I was just trying to do my best.”

“All of our coaches and players had a meeting and I couldn’t sleep well last night. Our substituting of the pitchers was a really good start today,” Japan manager Hiroyuki Takahashi said through an interpreter. “It was hard to decide who was going to be our starting pitcher, but it worked out.”

The only and game-winning run was scored in the third inning with two outs when Ikeuchi reached on a double and was brought home an a high throw to first base that went out of play.

Caribbean put together three hits, all three were singles that led off the first, second and third innings, but no player made it past second base.