Little League World Series about more than wins and losses 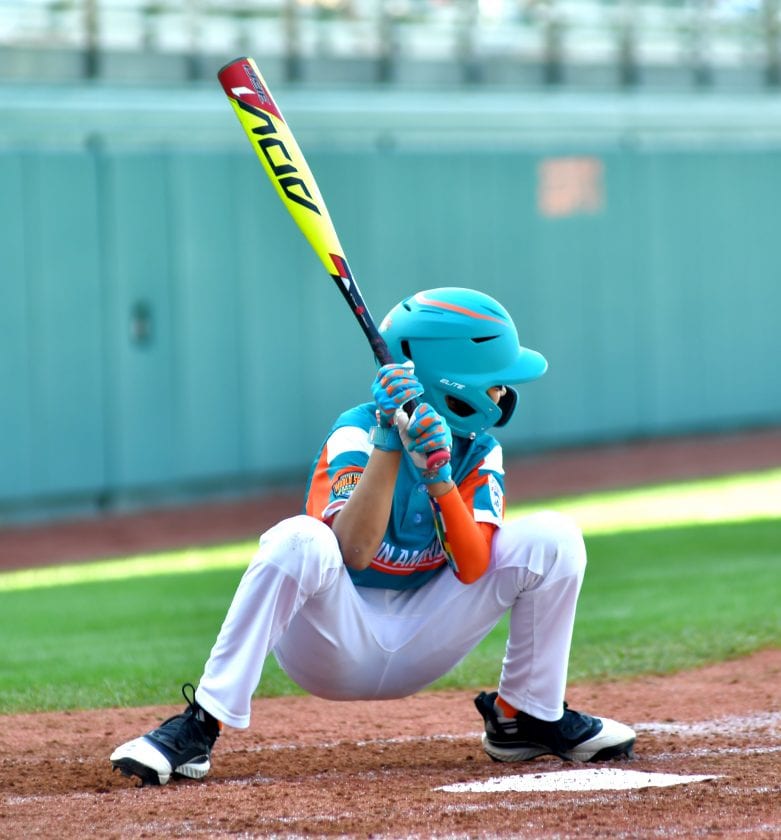 MARK NANCE/Sun-Gazette Venezuela’s Deivis Ordonez makes for an almost impossible strike zone during an at-bat in the fourth inning of Monday’s elimination game against Mexico at Volunteer Stadium in South Williamsport.

It was only a minute or two after Kentucky and Australia’s players went through the handshake line Monday that the two teams and coaches came together again in front of the pitcher’s mound.

They quickly posed for a giant group photo, one last reminder of where their summers took them since both teams had just played their final game in South Williamsport at the Little League World Series.

If anyone wanted a reminder of what Little League is all about, that’s it.

There’s no denying all 16 teams in the field want to end their summer holding the world champion banner at Lamade Stadium. But more importantly, they’re all here having fun while at the Series.

That was evident Monday in the crossover consolation game between Kentucky and Australia. The two teams had come to know each as bunkmates in the dorms and have been hanging out since getting to the Series.

“We’re bunkmates, so it feels great to meet them and get to play against them,” Kentucky’s Luke Idlett said before pausing a few moments and smiling. “And win.”

“It’s just cool because you get to meet new people and it’s something that you’ve never experienced before,” Kentucky’s Jackson Idlett said. “It’s something new out there.”

These kids from Bowling Green, Kentucky, and Sydney, New South Wales, Australia, are separated by over 9,000 miles. They’ll likely never see each other again. But they formed a friendship while at the World Series and get that special connection they wouldn’t have otherwise.

It’s how it is for all the kids at the World Series. United States players get to get together and hang out with players from the International teams and learn about the different cultures.

When Luke Idlett asked about his biggest takeaway from being at the World Series, it wasn’t possibly playing for a championship.

“Meeting new players around the country, getting to know them better, playing baseball and meeting the MLB players was awesome,” Luke Idlett said. “And the rec room playing ping pong.”

When players from both United States and international teams are in the media room as reporters ask questions, you can see the kids being kids at times.

After throwing 3 2/3 innings of scoreless baseball to keep Canada’s title hopes alive in an elimination game Saturday afternoon, Piero Leon-Carney and teammate Matt Shanley were laughing throughout the press conference at nothing in particular as manager Bruce Dorwart tried to keep a straight face as he answered questions.

“You wanna answer since these two are giggling?” Dorwart said with a smile to another player during the press conference.

It’s the light-heartedness you enjoy seeing while a lot of fans get caught up in the wins and losses.

When asked about what it’d be like to meet the MLB players Sunday prior to the MLB Little League Classic, Dorwart jumped in right away.

“Can I go first? Because I think I’m more excited than the kids,” Dorwart said with a laugh.

It’s easy to find the kids laughing and enjoying themselves throughout the Series, be it in a crossover consolation game or playing in a winner-take-all elimination game.

And that’s what all these kids have been doing so far. The smiles and laughs are all the evidence you need.