Little League, others, about to change bat standard 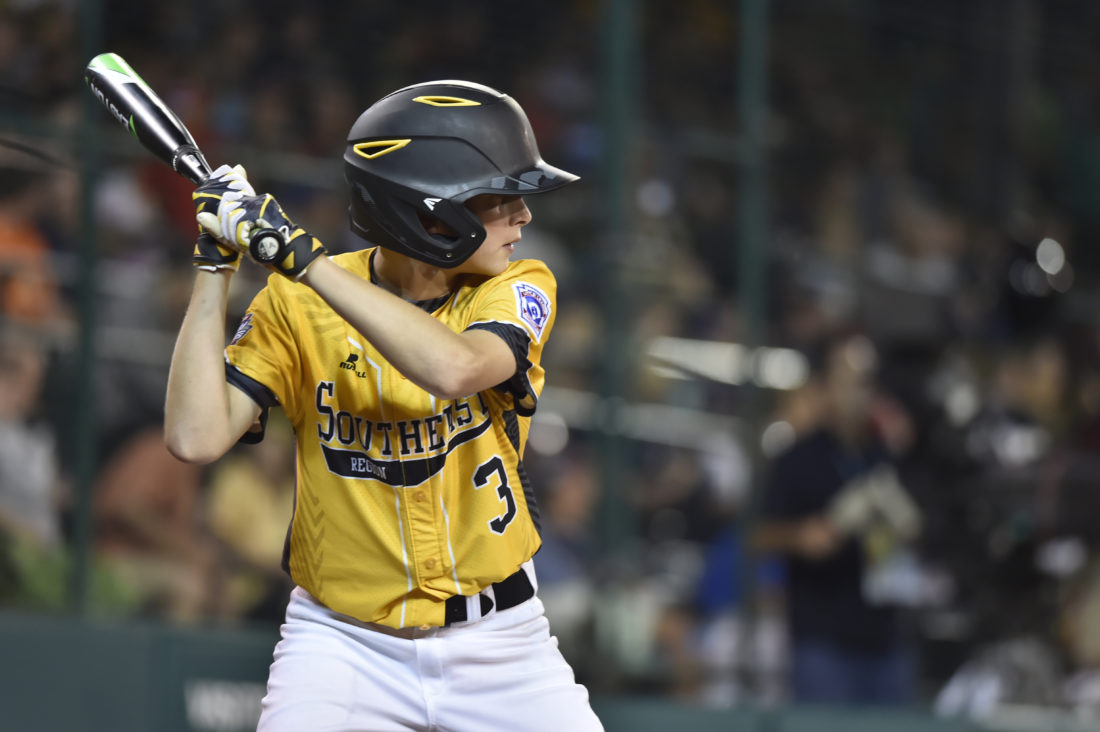 Little League and other youth baseball organizations are adopting new bat standards for 2018 that more closely resemble performance of wood.

Throw a dart at a map and likely somewhere near where it lands, a youth baseball player had grandparents that bought him a new baseball bat last Christmas. It was a nice gesture, but it was a present only good for one year before the player will need to find a new one.

Once this 2017 all-star season ends in a few weeks, the bat that kid and many others across the country are currently using will be deemed unplayable in most of youth baseball. It’s part of a new bat standard initiative adopted by all of youth baseball to make them perform more like wood.

Starting on January 1, 2018, Little League, American Amateur Baseball Congress (AABC), Amateur Athletic Union (AAU), Babe Ruth/Cal Ripken, Dixie Youth Baseball and PONY Baseball– all of which are national member organizations through USA Baseball — will adopt the new standard. USA Baseball has stated that its member organizations worked together through each step of the transition to the new standard, which is a measuring tool used within the bat manufacturing industry to ensure available bats perform at an acceptable level.

The standard was first adopted by organizations in 2015 and the implementation date was set for 2018.

“USA Baseball and it’s national member organizations feel that a wood-like standard will better serve the long-term integrity of youth baseball,” said Russell Hartford, USA Baseball’s USABat Program Director. “The driving factor behind the change is to make the game more uniform to ensure that players develop and learn to play baseball in a positive, consistent manner.”

Bats are measured by BBCOR, which is the Batted Ball Coefficient of Restitution. It measures energy transfer from the bat to the ball, similar to a trampoline effect. The NCAA and National Federation of High Schools use a maximum BBCOR standard of 0.50, which is slightly higher than that of a wooden bat.

One historically accepted reason for not using wooden bats is they break.

Little League has used a Bat Performance Factor (BPF) of 1.15 since 1993. BPF, as described on bat maker Easton’s web site, is simply the increase in the liveliness of a ball hitting a bat compared to throwing a ball against a solid wall (a 20 percent faster rebound equals a BPF of 1.20).

USA Baseball says on its web site that safety was not a reason for the switch to new youth bats.

“Here’s the truth, is that wood is the standard that everyone kind of accepts, that’s the way the game should be played. We don’t believe that we can go back to using wood bats in Little League Baseball, or any youth baseball, for a variety of reasons,” Little League President Steve Keener said. “So that we should develop a performance standard for non-wood bats and perform just like wood. That’s what we said to USA Baseball, and they agreed, and we said that’s what we want so that’s what they developed.

“I think the idea is now we can clearly defend our position that non-wood bats should continue to be used in Little League and other amateur levels of play. Our standard, new standard in youth level, will be very similar to the BBCOR standard that high schools are using now,” said Keener.

Babe Ruth also had a standard in place prior to the new standard being implemented next year.

“We’re very, very similar, if not almost identical, to Little League and we were part of the bat manufacturers group along with PONY and Dixie,” said Robert Faherty, Babe Ruth Baseball’s Vice President and Commissioner. “We all had standards that re­quired a bat performance factor of 1.15, but what happened obviously when we saw what was happening with collegiate, high school and BBCOR and bat testing and additional testing being available on bats and based on new materials bats were made in, that they actually needed additional testing.

“It took a little bit of time to get together, but 2018 will be beginning of that new standard. It still will allow older and high schoolers to use BBCOR and have this other standard at younger level,” said Faherty.

The new bats that will be approved after this season aren’t yet available for purchase, nor is what they will look like known either. In addition, the prices of the new bats aren’t known, but USA Baseball states it’s expected the new bats will “maintain the status quo” in terms of pricing.

USA Baseball said that the full list of approved bats will be made available on Sept. 1 to ensure manufacturers involved with the program “start out on an even playing field.”

USA Baseball said that the bats are not limited to just one manufacturer, and that numerous manufacturers are involved with the USABat Program. The 2018 implementation date is to allow bat manufacturers time to conduct appropriate research, design and testing.

“As a parent, you walk into store and start seeing $500 bats and go ‘whoa.’ Not that this is going to change financial dynamics, but most expensive, must be best? But no rhyme or reason to it,” Faherty said of the higher-priced bats not necessarily being best performance-wise.

Youth leagues have been somewhat vocal about making sure people don’t buy new bats this year with the new standard coming.

“We’re constantly telling (people) it’s on our website. My website is looked at all the time and it’s right there on what new rule is going to be,” West End Babe Ruth president Jim Win­der said. “Just got to keep word out and I meet with every parent in league in team meetings and we tell them don’t go buying a brand new aluminum $380 bat because you got one season (to use it).”

Little League has its new bat regulations listed on its website and the change effects all divisions with the exception of Senior League, which continues to be governed by the BBCOR bat standard. In the minor and major divi­sions, the USA Base­ball marking must be on the bat and it has a 2 5/8-inch barrel maximum compared to the previous BPF 1.15 marking and a 2 1/4-inch maximum.

All bats must have the USA Baseball marking for 2018 to be usable in a game and it will feature one of three variations of the USA Baseball logo: black and white, colorized or a gray version.

The main concern many have is having to buy a brand new bat and not having any second-hand used bats on the market to buy for at least a year or two. And since local leagues don’t generally provide bats to players on teams, it’s up to the parents of players to purchase those new bats, something a few leagues are concerned about.

“It is frustrating especially if you have kids that are 9, 10, 11 years old that you know are going to be in Little League next year,” said Williamsport Area Little League president Steve Parlante. “For 12-year-old’s parent, it’s not as big a concern (this year). They’re going to be leaving to juniors, but if you’re 9 or 10, we try all our winter board meetings, we were instructing coaches to not go out and spend two or three hundred dollars on a bat you’re only going to be able to use for one season.

“We try to make that clear and I don’t know how many did or not. You just don’t want to see someone stuck with a big bat expense and then ‘oh yeah, you can’t use it next year,'” said Parlante.

Winder said it was frustrating not knowing how much bats would cost or what they’d look like.

“Personally, I wish they changed the baseball so it don’t travel (as far), leave the bats alone. Just one of things they could’ve done,” said Winder.

Keener said that the acceptance of the new standard is not simply driven by financial reasons.

“It’s about developing a youth-bat standard which is wood-like in it’s performance, which is what people tell us that’s the way game should be played,” Keener said. “We’re actually re­sponding to parents and coaches and other people that say ‘We want a bat that performs like wood’ and that’s what they’re getting. Nothing to do with money. In fact, we’re getting out of that whole business (determining bat factors), so doesn’t have anything to do with money for us.”

Keener said that Little League could have developed a new standard and likely, other youth leagues would have eventually followed suit with whatever they came up with, but instead, Keener and Little League wanted USA Baseball to be the ones to take the reigns with the decision.

“As the technology ad­vanced and the manufacturers were making bats with composite material, we didn’t know enough about how to protect against that. So we went to USA Baseball and said ‘Look, we’ve been doing this for years, but we’ve been using a standard given to us by the industry which we accepted,'” Keener said. “We said ‘we think it’s probably time that baseball develops it’s own youth bat performance standard and we don’t think we ought to be the ones to do it because we think there’s so much youth baseball (out there).'”

Jacob Blair stepped off the awards podium inside Williamsport High School’s Magic Dome on Saturday with his hand ...