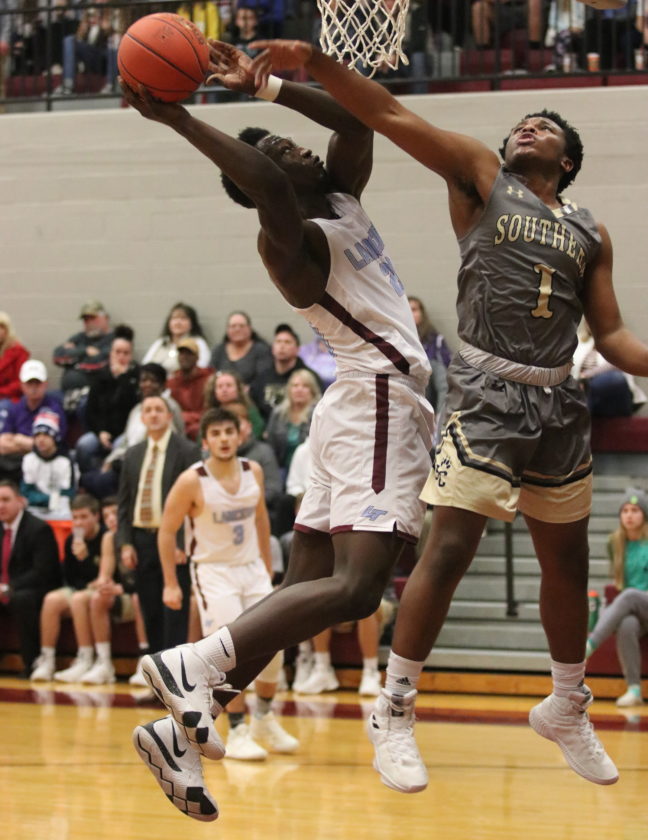 Loyalsock forward Connor Watkins often goes against taller post players, but he does not mind. Daily practices sometimes are even more grueling so he is ready. So are his teammates.

Bam Brima is the reason why.

Brima ignites the Loyalsock defense and his competitiveness is contagious. He rarely scores a lot, but Brima has become one of the team’s most valuable players. Friday night he again showed why.

“Bam is a stud on the defensive end. He’s the one kid in practice I really don’t like guarding because he’s a tough kid,” Watkins said after recording a double-double. “That’s what I try to bring to the table, too, so he matches me and brings it up a level sometimes and that’s what I love about him.”

All the Loyalsock pistons were firing as four players scored in double figures. Gerald Ross led the way with 23 points, Aiden Gair added 17 and both Watkins and Pastore had 12. The Lancers led by 26 at halftime and led by as many as 47 in the fourth quarter against a 2018 state qualifier that was coming off quality wins against Lourdes and Shamokin. As impressive as the offense was, Loyalsock (8-1) needed a strong defensive performance, especially against Fleming, one of the nation’s top football recruits and one of the district’s most dynamic basketball players.

Brima embraced his role going against such a strong athlete, limiting him to two field goals and effectively denying him the ball inside. Fleming might be the district’s quickest player and he can seemingly jump out of the building and Brima’s ability to contain him had a chain reaction, lifting Loyalsock’s performance and slowing Southern’s offense. Brima added four points and two assists, but it is his constant defensive impact that makes him stand out nearly every time he plays.

“His presence was there and everyone around him knew it,” Loyalsock coach Ron Insinger said after collecting his 994th career win. “Any points he puts on the board are a bonus because he’s invaluable on the defensive end. If he never scored a point he would still be starting because he does the little things. He’s a catalyst for the other four guys on defense.”

The offense was in good hands with different players heating up at different times. Loyalsock hit 10 3-pointers, scored well in transition and executed well in half-court sets. Two nights after suffering their first loss, the Lancers played one of their best games. Gair set the early tone, scoring eight of Loyalsock’s first 15 points and Ross had 12 by halftime. The points flowed like water at times and Loyalsock used runs of 19-0, 12-0, 11-0 and 7-0 to build commanding control.

Four players had at least six points by halftime and Pastore’s buzzer-beating reverse putback made it 42-16. Even after struggling through a dormant third quarter, Loyalsock still led by 24 and Ross quickly erased any Southern comeback hopes, draining two straight 3-pointers that opened the fourth quarter. The Lancers made 9 of 12 fourth-quarter shots and closed the game as strong as they started it.

“We’re an athletic team so if you play us in man, we can backdoor you and stuff like that. If you play in the zone we can shoot the lights out of the ball because we have a lot of guys that have been playing three and four years and it’s just what they do,” Watkins said. “When we’re all clicking and playing well together as a team we’re a tough team to beat.”

Watkins is one of four players averaging in double figures this season. But he also stuffs the stat sheet in other areas and his teammates did the same last night. It was not one player doing the heavy lifting, but all them working together and together Loyalsock produced a statement win.

Watkins and Ross both recorded double-doubles with Watkins grabbing a team-high 11 rebounds and adding five assists. Ross pulled down 10 rebounds, hit five 3-pointers and made three steals. Pastore was a rebound from recording a double-double, finishing with nine rebounds and four assists. Dane Armson and Idris Ali also played well off the bench during the first half and Loyalsock capped a difficult two-week stretch on a high.

“That was one thing we didn’t have the other night was ball movement,” Insinger said. “That was a point of emphasis tonight, getting good ball movement and unselfish play.”

The win was so convincing that it had Insinger worried afterward. Southern is a dangerous team that had a bad night the same time that Loyalsock had an excellent one. There is a good chance these teams could meet again in districts so Insinger’s challenge now will be reminding his players that as strong as last night’s performance was, it means nothing if Southern and Loyalsock cross paths next month.

“That is a good team and they only had one loss,” Insinger said. “When you have a game like this it can be hard to overcome that mindset that it will be like that again and it won’t, so we have to keep getting better.” 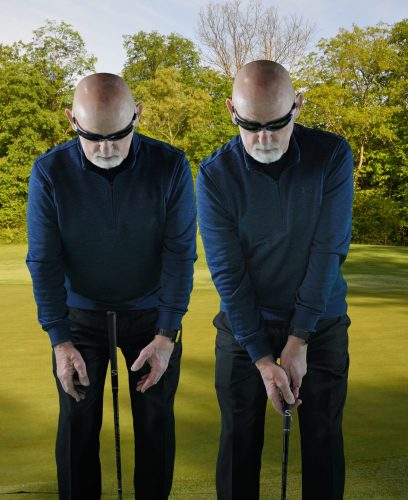