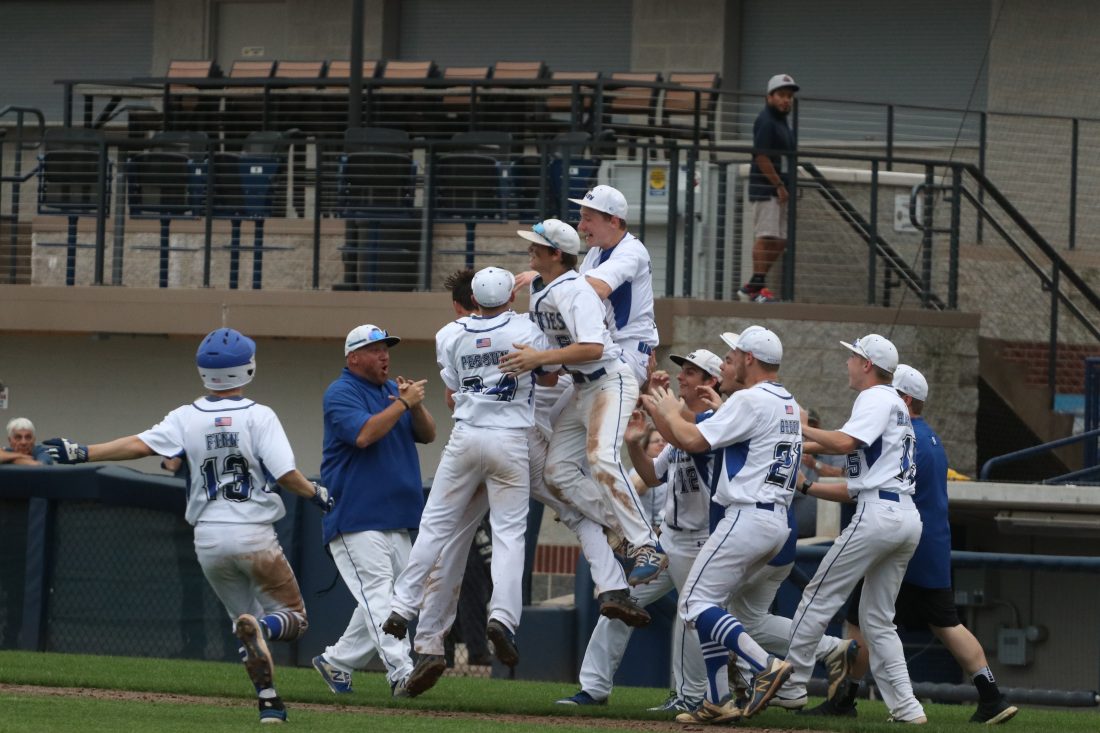 Devon Prep facts: Do not look at the record as pertains to Devon Prep because it is deceiving. The Tide competed in the Catholic League for the first time this season, moving over from District 1, and played a lot of large school teams. Being battle-tested has helped Prep flourish late this season and it brings a five-game winning streak into today’s game. The Tide are making their first state playoff appearance since 2016 and captured the 2014 Class A state championship. Prep has used early two and three-run innings in its two state tournament games, setting an early tone. Bere Bauers and Andrew Czachor both have thrown outstanding games. Bauers, a sophomore, produced the best performance of his scholastic career, striking out 13 and allowing two hits in six innings against Kutztown. Czachor threw a complete game three-hitter against Conemaugh, striking out eight. He has 16 strikeouts in his last two starts and has come on strong late this season, striking out 25 in 17 1/3 innings. Tommy Kent (3-0) closed out the Kutztown win, throwing a scoreless seventh inning and striking out one, while walking one. Prep showcased its offensive balance in that win with eight players delivering the team’s eight hits. Clean-up hitter Jackson Jonik was outstanding against Conemaugh, going 3 for 4 with two doubles. He is hitting .345 with 14 RBIs and tripled against Kutztown. Patrick Coleman hit behind Janik against Conemaugh and has provided the offense a nice lift after missing the team’s first 19 games. In four games, Coleman is hitting .333 with three doubles and six RBIs. He had a key double against Conemaugh. Czachor is hititng a team-best .436 and Paul Grycewicz is hitting .342 with 11 RBIs. Aaron Nuble is hitting .309 with 11 RBIs and Matt Romano is at .297 with 11 RBIs. Kevin Walton has scored 21 runs. Prep has won eight of its last 11 games.

South facts: The Mounties are making their first state semifinal appearance after winning the first two state tournament games in program history. Like Prep, South is a battle-tested team that played bigger school teams throughout the season, defeating 6A Williamsport, 1-0 at the Backyard Brawl and 2018 District 4 Class AAAA champion Lewisburg, 2-0. Its four losses came against Class AAA teams. The Mounties also captured a share of the HAC-III championship, winning a league title for the first time since 2012. South has increased its win total in each of the last two seasons and has won nine of its last 11 games. South produced one of its best offensive performances against Blue Ridge as 10 hitters combined for 12 hits. Tripp Breen and Logan Burkett have combined on consecutive two-hitters and Breen threw 6 1/3 innings of two-hit baseball against Schuylkill Haven, striking out 13. He has a district-best 11 wins and Burkett has added six wins and three saves. Burkett closed out the Schuylkill Haven win, stranding the tying runner at third with a game-ending strikeout. Nate Persun and Luke Winner each had two hits against Blue Ridge and Hunter Finn’s sacrifice fly against Schuylkill Haven gave South a 2-0 lead. Sophomore Ryan Rishcoff has come up big in the playoffs, hitting a triple and scoring a run against Sayre before adding two RBIs against Blue Ridge. Breen and Dom Harding also had two RBIs each in that game. South has won six straight one-run games and rallied from a two-run fifth-inning deficit to beat North Penn-Mansfield, 3-2 in its regular-season finale. The Mounties

This is the third time Jersey Shore finds itself ranked among the area’s top 10 girls basketball games played ...