Fans of Mussina show appreciation at Hall of Fame induction

COOPERSTOWN, N.Y. — When Mike Mussina’s name was announced as one of the six inductees to the National Baseball Hall of Fame on Sunday, John Cognetti began to clap.

It’s been 11 years since he cheered for his favorite player and forgot for a second Mussina’s name is synonymous with a boisterous “Mooooooooose” cheer from fans from both Baltimore and New York. Cognetti caught on quickly, though.

He was one of many fans walking around the grounds Sunday at the Clark Sports Center wearing a jersey with Mussina’s name and number on the back. Cognetti, from Syracuse, latched on to Mussina as one of his favorite players as a Yankees fan growing up. Mussina had just signed with the Yankees when Cognetti had begun to follow baseball as a kid.

To this day, he can’t really describe why it was Mussina and his career resonated so much with him, it just did. Maybe it was because Mussina’s quiet nature mimicked that of Cognetti. Maybe it’s because he won so often. Either way, Cognetti was hooked, and when Mussina was elected to the Hall of Fame by the Baseball Writers Association of America in January, Cognetti knew he wanted to be at the induction ceremony.

“This is really special. I personally feel connected to it,” Cognetti said. “I was a Mariano Rivera fan like everyone else, but everyone knew he was going to get in. But I appreciated Mike when I was growing up. In 2008 when he got 20 wins on the last day of the season, that was exciting because I always thought he was a great player who was always a little underappreciated. Being a fan of his from the time I was a kid, it was nice to see him finally acknowledged.”

Cognetti’s hour-and-a-half drive from Syracuse to Cooperstown wasn’t the least bit of a deterrent to keep him from Sunday’s ceremony. Neither was the four-and-a-half hour drive Quang Bui faced coming from Kingston, Ontario, Canada, or the six-hour drive Stacy Shilling took to see a member of her beloved Orioles achieve baseball immortality.

Shilling makes the trek to Cooperstown every year for the induction ceremony with her family, but this year’s took on just a little more meaning because of Mussina’s enshrinement. Even from the very back of the grassy field where faces on the Hall of Fame stage weren’t discernible and voices over the PA system seemed to be on a delay, Shilling wanted to take the opportunity to say thank you to a former Oriole.

The blue tent her family sat under for shade had two pieces of pink posterboard taped to the front reading “Thanks for the Memories Moose #35”. She didn’t know if he’d ever see it, but it was her opportunity to express a heartfelt thank you to someone whose career she watched blossom in Oriole Park at Camden Yards.

“It’s super special,” Shilling said. “We’ve been here a lot of times, but it just means more when it’s someone getting inducted you watched growing up. It was a lot of fun and we want to share that experience with our kids.”

Graeme Ross was a kid growing up in Vancouver, Canada, when he first saw Mussina pitch. It was Game 3 of the 1997 American League Championship Series and Mussina was carving up a dangerous Cleveland Indians lineup which was bound for the World Series.

Ross, who now lives in Kingston, Ontario, Canada, saw Mussina strike out 15 Indians that day. He took a liking to how Mussina bent over at the waist in the stretch before he came set. And even though Mussina and the Orioles lost that day to Orel Hershiser and Cleveland, Ross was hooked as a fan.

He was never an Orioles fan, he was just a Mike Mussina fan and followed his career even when he went to the Yankees. Pitching in the American League East gave Ross a number of opportunities every year to watch Mussina pitch when he would play against the Blue Jays.

He sat stretched out on a small hill Sunday listening to the speeches of all the inductees with his friend, Scott, who had traveled in from Vancouver for the ceremony. Both of them had bought special Hall of Fame jerseys of their favorite players in the ceremony, Ross an Orioles jersey with Mussina’s name on the back, and Scott an Edgar Martinez Seattle Mariners jersey.

“It’s our first time here and it’ awesome to see my favorite player ever here. I’ll never have this chance again,” Ross said. “I’m in my 30s and I have a job and now Scott and I are out here acting like kids.”

Bui shares the same story with Ross of being a Mike Mussina fan more than an Orioles fan. He walked around the grounds Sunday also sporting a white Orioles jersey with Mussina’s name on the back. He’s been to the induction ceremony before, but he felt like he had to be in person for Mussina’s speech, which is why he made the 9-hour roundtrip with his girlfriend.

He was a baseball card collector as a kid and saw Mussina was having success early in his career despite being so young, it intrigued him. He liked how Mussina wasn’t the hardest thrower in the game. He liked how he didn’t always have the best stuff, but was able to find ways to win.

Bui was never one to gravitate toward bigger market teams like Boston and New York. He liked underdogs. Mussina seemed like one.

“He was flashy in his own right just with the way he could get people out,” Bui said. “So I wouldn’t say he’s not flashy, he’s just not in your face. He’s my favorite pitcher of all time. I felt like I had to be here.” 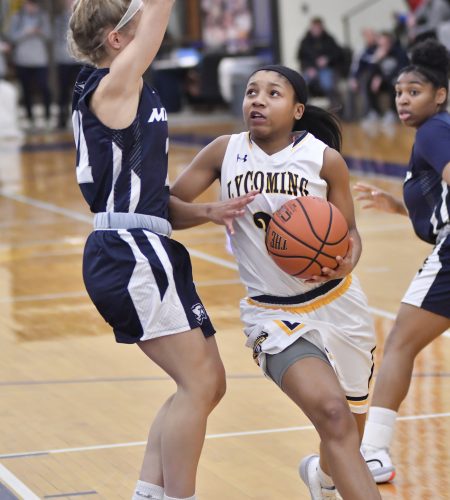