WR’s Welliver gets opportunity to play in Argentina with SU 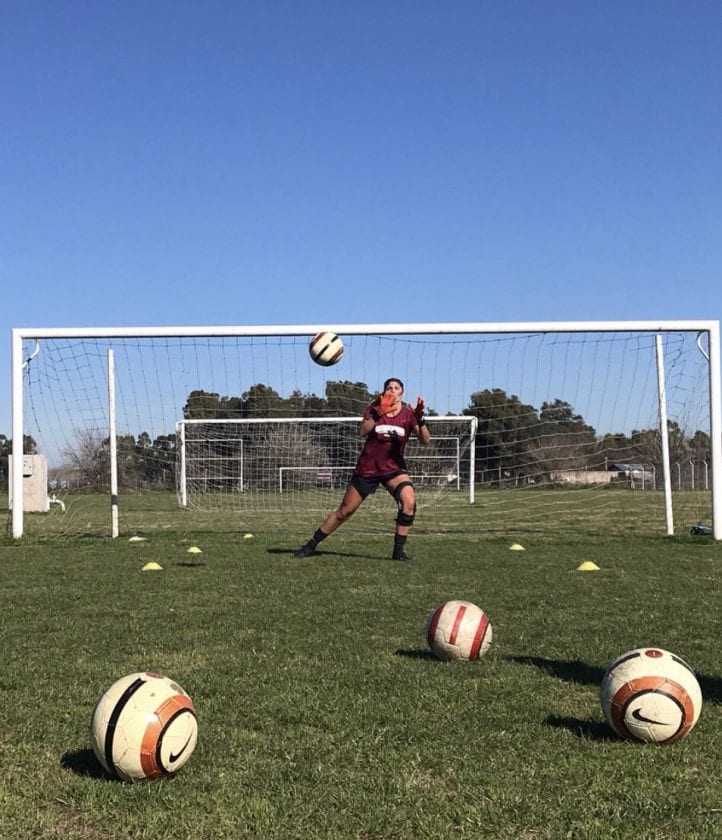 PHOTO PROVIDED Susquehanna University goalie Madi Welliver works through drills during a practice on a team trip to Argentina. Welliver and her temmates played against the UAI university team, the U20 Argentina national team and the River Plate women’s team during its preseason trip.

Warrior Run grad Madi Welliver remembers walking into the Argentina Futbol Association facility in Buenos Aires, Argentina, and stopping to talk to a nearby security guard.

That’s when the guard told Welliver and her Susquehanna teammates that very few people get the opportunity to even come inside this facility, let alone play a game there.

Here Welliver was, thousands of miles from Turbotville, and was about to step onto the same field that one of the greatest soccer players in the world trains on, Lionel Messi. Not to mention the men’s and women’s national team train there as well.

“Being able to step on that field is truly an honor,” Welliver said.

To say it was surreal is an understatement.

“It was a great learning experience for us as individuals and as a team, and while soccer was an obviously important part of the game, it was more important for us to just take in the moment and enjoy the opportunity that was in front of us,” Welliver said. “We had the once-in-a-lifetime opportunity to play at the world-famous AFA facility.”

Welliver was able to play on what can be argued as hallowed soccer grounds in Argentina with her fellow Susquehanna women’s soccer teammates recently as part of a trip to play the Argentina national team, a semi-professional team and a college team.

Susquehanna played against the UAI university team, the U20 Argentina national team and the River Plate women’s team, which is a professional team that was just recently established in Buenos Aires.

“It was such a humbling experience and truly an honor to serve in Buenos Aires,” Welliver said.

Everywhere Welliver and her teammates went, they were reminded of soccer in the Buenos Aires area. Soccer is king in Argentina, and they saw it first hand.

There were people wearing jerseys, families passing around soccer balls in the parks and even older men in the middle of the streets practicing their foot skills.

Welliver ended her four-year career at Warrior Run as one of the area’s best goalies in recent memory and ended as Pennsylvania’s girls soccer all-time shutouts leader with 60 in her career, helping Warrior Run make deep state playoff runs every year.

And while she was one of the best goalies in District 4, Welliver admits that the competition she’s seen so far in her life in both high school and college is nothing compared to what she played against in Argentina.

“Being in goal was slightly nerve-wracking but overall a great experience. It was truly a test of my skill level and mental toughness, especially going into our season in less than a week, it provides me with an idea of where I can improve as a keeper and a teammate,” Welliver said. “Their style of play is something we don’t typically see in the United States, especially at the college level. So, experiencing such a diverse play style combined with high skill level players is a great test and preparation for the upcoming season.”

A lot of the players Welliver and her teammates played against will end up traveling to the United States to play in the National Women’s Soccer League — the same league Central Mountain grad Sam Lofton briefly was in with the Boston Breakers — or participate in the World Cup.

While the Argentina players will likely go professional at some point or with the World Cup, they were still excited to play against Susquehanna, despite it being a Division 3 school.

“The most fascinating part was the fact they were just as excited to play us,” Welliver said. “For two of the games, we actually had the opportunity to eat dinner with the teams. This gave us the opportunity to create a personal relationship and an experience that extended beyond the field of play. I know speaking for all my teammates, this is something we will cherish forever.”

The River Hawks flew out of John F. Kennedy Airport in New York City and landed in Ezeiza, Argentina — taking a nearly 11-hour flight — before taking a bus to Buenos Aires for 10 days in the city.

They played all over the city, having a game on the Rancho Taxco farm, one at AFA and the other at River Plate Stadium.

All three games showed Welliver how talented the Argentina players were, not only as professionals and on the national team, but the college players as well.

“All three games were absolutely incredible. Just knowing that we were sharing the field with the best players in the country/continent was an honor. The skill level, style of play and competition was something none of us had seen before, and without a doubt the best teams some of us will ever play against,” Welliver said. “Their technical abilities were so impressive even our team would cheer them on. It was just a great learning experience for us as individuals and as a team.

“For a Division 3 program in central Pennsylvania, playing a national team was something I never imagined I would do.”

It’s an experience Welliver won’t ever forget, even if it hasn’t quite yet set in just what she was able to experience.

“The quick turnaround and busy schedules won’t allow us to truly reflect on the amazing things we just did until we are all together again,” Welliver said. “One thing I know for sure was that this trip, while being focused on culture and soccer, was a great opportunity for the 27 of us girls to spend time with each other outside of the classroom and field.”

Nick Shedleski’s 3-point shot in the fourth quarter bounced around the rim before falling back into the hands of ... 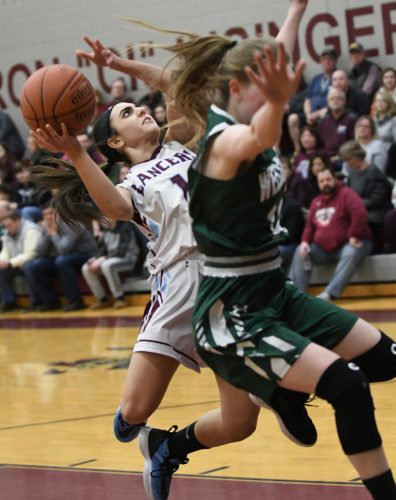 Montgomery’s Deem 1 of 24 locals to advance

Over and over Devon Deem drilled one defense from the top position in the last couple weeks to be ready for Friday ...

SHAMOKIN — Jersey Shore surrendered a late 3 as time expired in the second quarter to fall into a 12-point hole ...