Delaware Valley coach Duke Greco made a point Saturday to point out how tough Lycoming’s defensive line was without being prompted. He pointed to how he hopes Ahmad Curtis doesn’t get a sixth year of eligibility because he’s tired of dealing with the hulk of a defensive tackle.

But then Greco’s focus turned.

“Those other guys don’t make things easy,” he said.

By other guys, he means a package of defensive linemen which includes Willie Garner, Cole Senior Duane Boone and David Tomb. Boone is a tremendous athlete with that typical has come into his own this season, and has been one of the best pass rushers for Lycoming, ranking fifth in the Middle Atlantic Conference in tackles for loss.

But those other three, Garner, Senior and Tomb? Well, those three maybe aren’t your typical defensive linemen. They’re more gnat-like, annoying and bothersome, than intimidating. Garner, a sophomore, is adept at playing both end and tackle, but has had some of his best success over the last two seasons playing inside at just 5-foot-11, 225 pounds. Senior is a freshman who came to Lycoming late after starting at Bloomsburg and recorded his first career sack two weeks ago at King’s.

And Tomb is the extreme outlier of the group. A 5-foot-10, 184-pound pest of a defensive tackle who looks like someone’s little brother got into the equipment closet when he lines up next to 340-pound Curtis and 250-pound Matt Galasso.

“The size component is not ideal. But the speed and athleticism point of that can lend itself to being disruptive, and that leads to holding penalties and penetration which disrupts what they’re trying to do on offense,” Lycoming coach Mike Clark said. “There’s a package, depending on down and distance, when we put those guys in. You’re not going to throw them all in in a normal down-and-distance scenario if you think people will run the ball at you. Our defensive coaches do a really good job of using those guys situationally.”

Garner’s production is no surprise. He showed up at Lycoming a year ago as a true freshman and was instantly effective. A season later, he’s added some bulk to his frame and has added strength to the quickness which made him tough for offensive lines to deal with.

Senior was a player the Lycoming coaches recruited hard before he initially decided on attending Bloomsburg. When he showed up, it took some time, but Senior has become a regular contributor at defensive end and, last week, made his first start when Galasso missed the Delaware Valley game with an injury.

Tomb is maybe the quickest off the ball of all the Warriors’ defensive linemen. And that, in and of itself, is enough to wreak havoc on opposing offenses. Even when linemen are able to push him to the ground, it’s only after he’s found his way into the backfield and either moved the quarterback off his spot or forced the running back to change directions.

It’s no different than how Tomb was a two-time Class AAAA All-State selection at Jersey Shore High School, and the 2018 Sun-Gazette Player of the Year.

“We tell each other we might be small, but we’ve got heart,” Garner said. “And it’s heart over talent. That’s what we all got. We want it badly. And if you want it bad enough, you’re going to get it.”

“I wasn’t sure (Tomb) would be able to translate to the college game. I thought he could help us because he’s a really good football player. But to say he could play defensive tackle? I was skeptical,” Clark said. “But the thing he does as well as anyone on our team is he plays with incredible effort. And that makes up for a lot.”

At times, Lycoming lined up with three freshman on the defensive line last week as Abubakar Audu Jr. would come in to play defensive tackle. He’s more in the mold of Curtis at 6-foot-1, 286 pounds, and provides his own set of problems for an offensive line.

Individually, it’s a group, which other than the first-team all-MAC selection Curtis, which may not strike fear into an opponent’s heart. But collectively, it’s a group which has recorded the third-most sacks in the MAC and is going to continue to be a problem for Lycoming’s final five opponents.

Here’s a closer look at Lycoming’s 41-7 loss to Delaware Valley on Saturday:

BEST DEFENSIVE STAND: It took just one play Saturday for the Lycoming defense to be put in a precarious situation. An interception on a deflected pass on the game’s first play from scrimmage gave Delaware Valley first down at the Lycoming 29-yard line. After picking up one first down, the Lycoming defense stiffened. Ahmad Curtis made back-to-back tackles on running plays on second and third down to forced a 34-yard field goal attempt which was missed wide right by Aggies kicker Nick Restaino.

BEST OFFENSIVE PLAY: The play call was the right one, it just didn’t work out the way it was supposed to, which was pretty much how most things went Saturday. But after Willie Garner recorded his first sack to stop a second-quarter Delaware Valley drive, Clark dialed up an RPO look for quarterback Elijah Shemory, who read it perfectly. He pulled the football out of the belly of the running back and hit receiver Elijah Palmer in stride on a slant. With no backside safety in sight, Palmer looked as if he may be on his way for a touchdown. It was the perfect call against the perfect defense for a big play. It just so happened Palmer dropped the ball running free as he tried to switch it from one arm to the other, and the play ended in a turnover.

LOCAL ROUNDUP: Lycoming – Jersey Shore graduate Elijah Shemory completed 6 of 12 passes for 56 yards. It was the fewest completions, attempts and yards of his career. Montoursville’s Keith Batkowski led the Warriors with seven carries for 37 yards. He also returned one kickoff for 16 yards. Jersey Shore’s David Tomb recorded three tackles, all solo stops, from his defensive tackle spot. Hughesville’s Jase Wright recorded one tackle from his linebacker position. Senior Jake Strassner, a Montoursville graduate, recorded his first career tackle. And Montgomery graduate Dan Beckley played, but did not record any stats.

LYCOMING OFFENSIVE MVP: It would be disingenuous to name an offensive MVP in a game where the Warriors recorded its fewest offensive yards in two years and failed to convert a single third down for the first time in 13 years. It is worth noting Batkowski ran well in the first quarter, averaging nearly 6 yards per carry, but that was about the lone highlight offensively.

LYCOMING DEFENSIVE MVP: Sam Pawlikowski continues to establish himself as one of the most athletic presences on the Warriors’ defense. The senior from New Jersey recorded at least eight tackles for the third consecutive game. His six solo stops led the team Saturday. Pawlikowski has proven to be effective playing in the short passing game or coming up to the line to stop the run and is having the best season of his career.

UNSUNG HERO: Safety Jeff Coplin had some experience a year ago playing cornerback. So with D.J. Boyd still out before of a shoulder injury, Coplin was given a start at cornerback last week while freshman Austin Rowley and sophomore Allen Martin handled the two safety spots. Coplin recorded six tackles (five solo) and forced the fumble in the fourth quarter which Gianni Bryant-Lopez returned for a touchdown to keep Lycoming from being shut out for the first time since 2010.

Mitch Rupert covers Lycoming football for the Sun-Gazette. He can be reached at 570-326-1551, ext. 3129, or by email at mrupert@sungazette.com. Follow him on Twitter at @Mitch_Rupert. 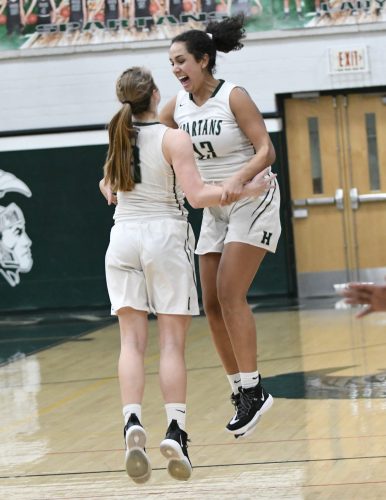 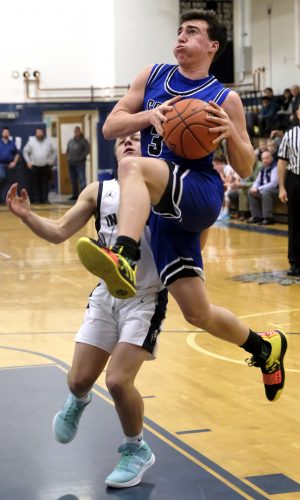