BRETT R. CROSSLEY/Sun-Gazette Correspondent Hughesville’s Madison Entz gets to a low shot during a singles match against Bucktail at the District 4 team tennis tournament at Williamsport on Tuesday. 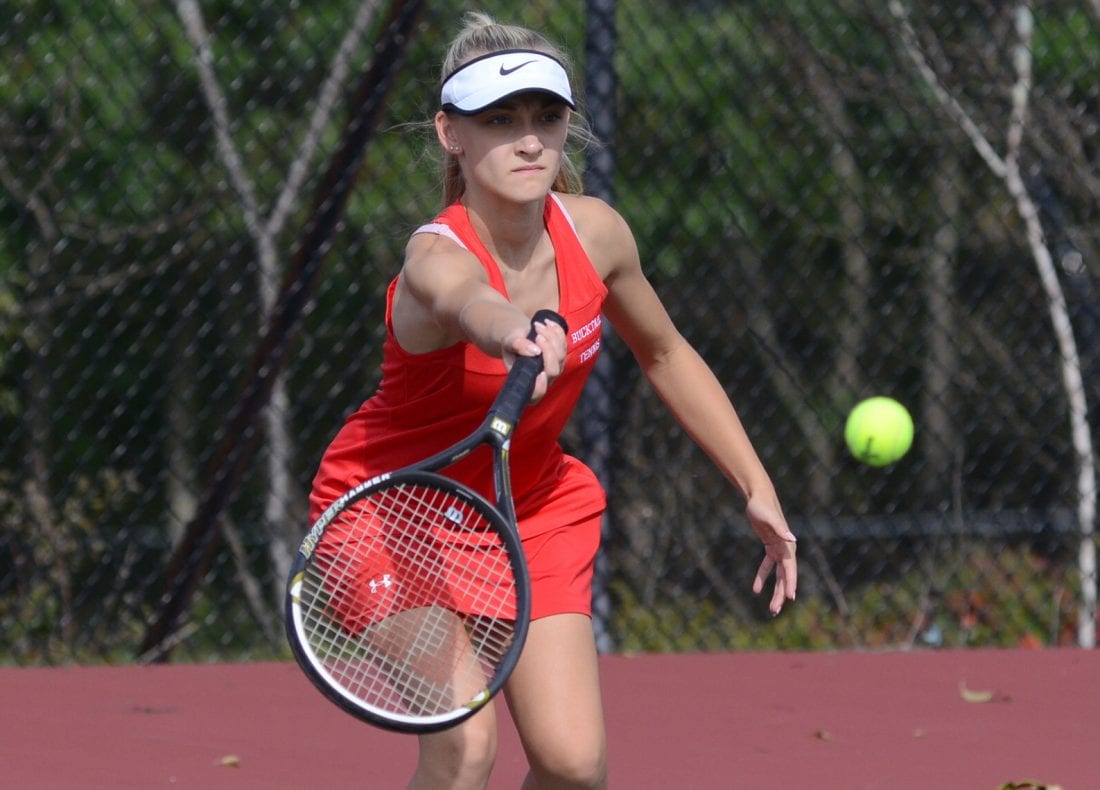 South Williamsport entered Tuesday’s District 4 team tennis tournament with an unblemished record and cruised to a victory over Bloomsburg.

The Mounties have defeated every team in front of them and left little doubt as to which team will be favored in Thursday’s semifinals as they downed Bloomsburg, 3-0. Hughesville knocked off Bucktail, 3-0, to advance to the semifinals.

“I just have to stay really focused, because there is a lot of pressure for us to win,” Peck said. “My teammates really help me. Lily (Summerson) is always down there cheering for me and that helps a lot with it. I was nervous when I first came in. The first game was a little shaky for me.”

Peck might have entered the match nervous, but it didn’t show much as she defeated Keister in straight sets to give South Williamsport a team point from singles. She challenged herself to swing through each shot and performed well against a difficult opponent in Keister. 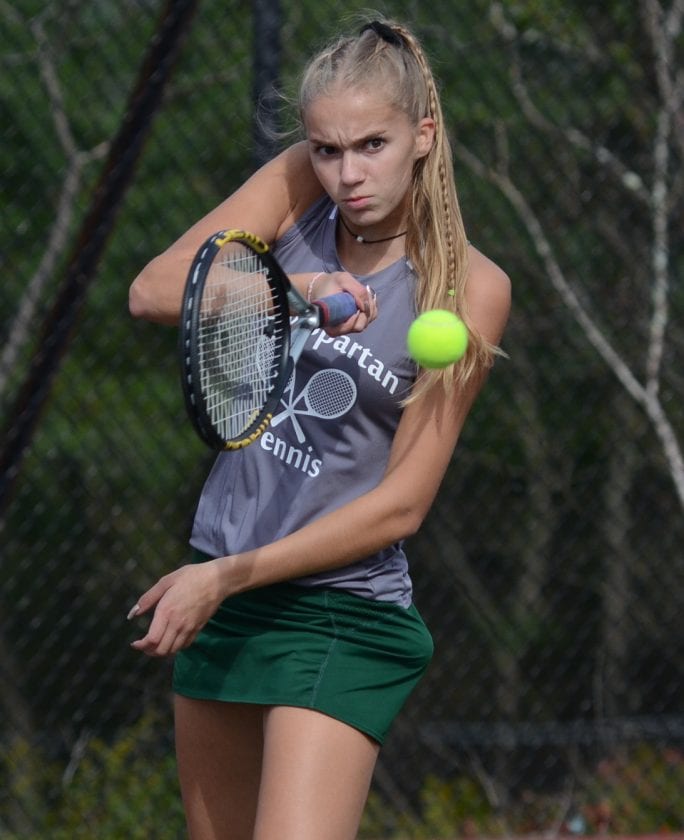 BRETT R. CROSSLEY/Sun-Gazette Correspondent Hughesville’s Madison Entz gets to a low shot during a singles match against Bucktail at the District 4 team tennis tournament at Williamsport on Tuesday.

Hughesville defeated Bucktail to open the second round of the tournament. Riley Emerick and Madison Entz won their individual matches as Molly Forwood and Chylee Stroup defeated Isabella English and Kayla Probert to claim the second doubles match.

“I was really excited when we had a good overall team score from last year,” Entz said. “I was just excited to play here. I was nervous at first, but once we started I new I had it.”

Entz took down Garlie Gentzyel, 6-1, 6-1, to win the No. 3 singles match. Her forehand was working well for her. She placed her shots in good position and kept playing to her forehand to help closeout with a straight set win.

“My forehands were really good today,” Entz said. “I try to get to my forehand as much as I can. If it’s a backhand I’ll try and hit it, but I try and use the forehand more.”

Emerick found her route to a 6-1, 6-1 win over Sara Kepler as she moved her around the court with well-placed shots. It wasn’t the strategy going into the match, but once Emerick found the advantage she played to it. 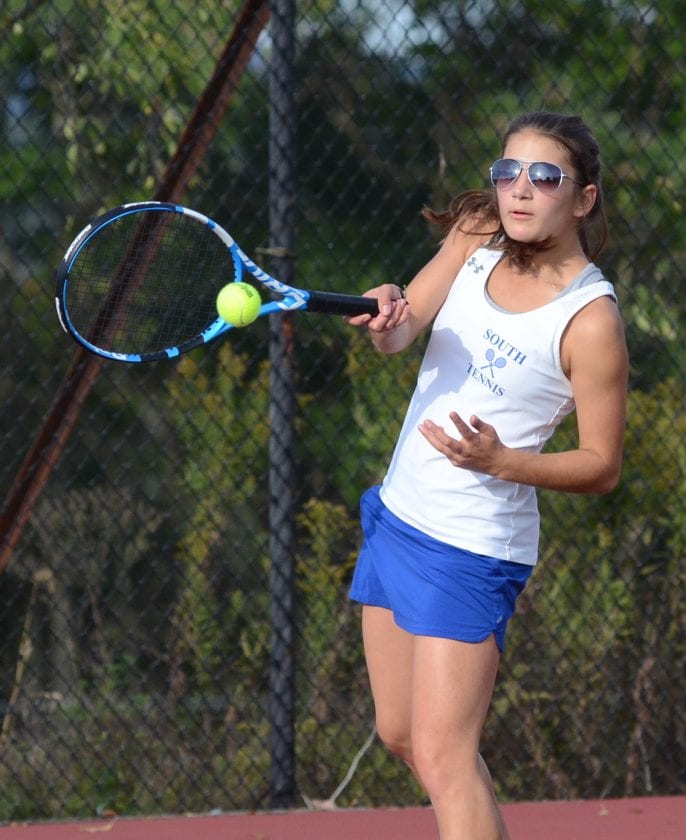 “Moving her round with shots to the left and the right and just staying in the point,” Emerick said. “It feels good, because then you know how to finish the match.”

Hughesville will face South Williamsport on Thursday. The Mountaineers entered the tournament with an undefeated mark and have the top seed. They took on Bloomsburg, which defeated Cowanesque Valley to advance to the second round.

Lee defeated Sarah Boyer 6-1, 6-1 for the lone singles winner of the early match. She cruised to a quick finish as Bloomsburg opened the tournament with a 3-0 over Cowanesque Valley.

Megan Cunfer and Alyssa Kruczek defeated Kori Birdsall and Shae Schoonover in 6-3 6-0 in the No. 1 doubles match. Kruczek was really good at the net and jumped in the middle of it after a serve to clear close shots and pressure Cowanesque Valley’s pair of players. In the No. 2 doubles match, Jamie Nguyen and Sarah Bower defeated Nova West and Kara Watterson 6-0 6-1.

This is the third time Jersey Shore finds itself ranked among the area’s top 10 girls basketball games played ...