Despite season’s success, Dragons not taking state final for granted 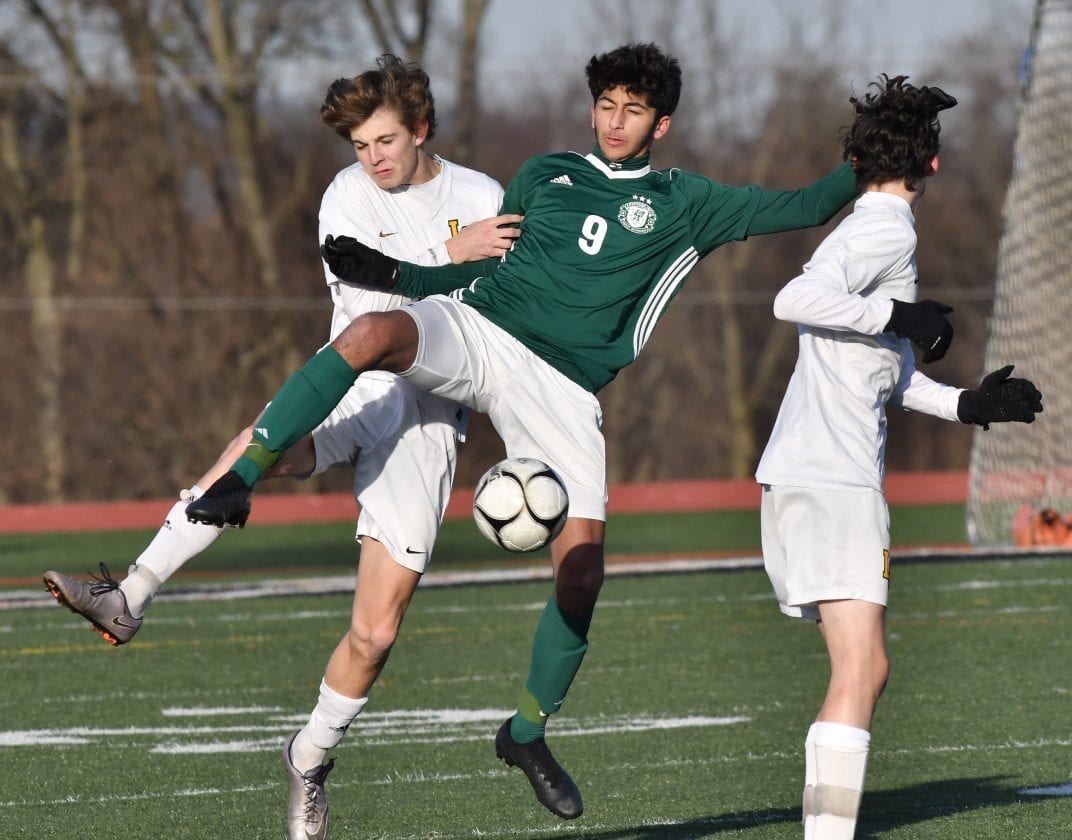 Everyone knows how good Lewisburg is. Not just area fans, but coaches and players within District 4, and even those on Lewisburg’s team.

But the Green Dragons are grounded. They didn’t enter the PIAA tournament assuming they would get to a state championship game. They take the same approach as most teams. Lewisburg didn’t automatically circle Nov. 15 on the calendar as if it is a given it will be in Hershey that afternoon.

They just look at the next team on the schedule. It’s the one-step-at-a-time mentality the Green Dragons have been using all year.

“We are focusing on Hope-Solebury and do our best to win and move into the state finals,” Lewisburg junior Anthony Bhangdia said after their win Saturday over Lansdale Catholic.

And that’s precisely how Lewisburg got to this point of the year, taking it game by game.

Lewisburg faces New Hope-Solebury today at Hamburg High School in the PIAA Class AA semifinals at 5 p.m. This will be Will Lowthert’s third career trip to the state semifinals, having been part of Lewisburg’s last state championship team in 2016.

“Last year was a down year and it was really emotional for us because that was not how we were made,” said Lowthert, referencing a loss to Midd-West in the district semifinals in 2018. “We wanted to keep on pushing because we all have the drive to win. The fact that we have gone from losing in the district semifinals to now being in the state semifinals is really emotional for us because it shows we can rebound each season and in games.”

Lansdale Catholic played Lewisburg tough in the first half in Saturday’s PIAA Class AA quarterfinal game. It’s something often easier said than done against a Green Dragons team which seemingly fires off shots on goal like a machine gun.

The Green Dragons stayed patient in Saturday’s win, striking twice in the second half to win the game, including Bhangdia’s 50th career goal.

“We wanted to keep them in front of us (defense) because one missed play could be the game,” Lowthert said.

New Hope-Solebury lost to Lansdale Catholic in the District 1-12 Class AA regional. The Lions went on to defeat District 3 champion Fleetwood in penalty kicks, 5-4, in the first round before a 3-2 win over District 4 runner-up Midd-West on Saturday.

The Green Dragons are going to try to use speed against the Lions and start the game quicker than it did Saturday.

“We are going to try to get off the ball a little faster and instead of using halftime for our adjustments, we need to do that during the first half and stay consistent with how we play offense,” Bhangdia said.

Lewisburg isn’t simply satisfied with getting to the semifinals. The Green Dragons want to get back to Hershey, but they aren’t assuming anything, and coach Ben Kettlewell has the team focused at the task at hand.

“We are just focused on one game and next is New Hope-Solebury and we will see how they are,” Kettlewell said.