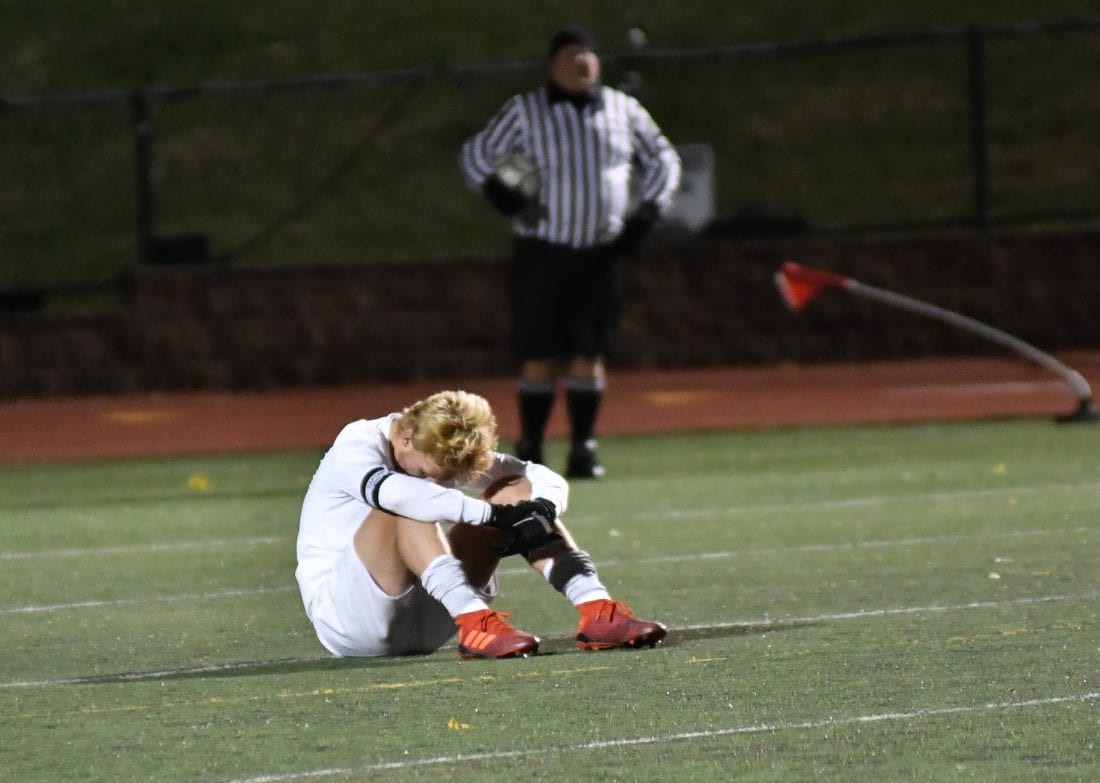 HAMBURG — Lewisburg was pressing and getting looks offensively, but time was working against the Green Dragons. As the official signaled for a Lewisburg corner kick, Anton Permyashkin quickly ran to the far corner to set up the corner.

Less than 25 seconds were on the clock. This was Lewisburg’s final chance at tying Tuesday’s PIAA Class AA semifinal.

Permyashkin delivered a dangerous shot which looked as if it may sneak into the goal. New Hope-Solebury goalie Kyle Campbell came up to grab the ball and kept himself from falling into the goal.

The save took away the excitement from Lewisburg’s fans and sealed the game for the Lions. New Hope-Solebury did what no other team this year had been able to do: defeat Lewisburg.

The Lions won, 2-1, at Hamburg Area High School on a freezing Tuesday night to advance to the PIAA Class AA championship game Friday afternoon at Hersheypark Stadium. It was Lewisburg’s first loss in 24 games this year.

“The last two minutes they were pushing hard and they have quality guys in the midfield and guys up front,” New Hope-Solebury coach Dave Bachart said. “You just have to stay with them. Our players locked down and did their job.”

The Green Dragons (22-1-1) made it an exciting finish, but couldn’t recover from a 2-0 deficit the Lions (17-6) built. With 3 minutes, 28 seconds remaining, James Koconis worked to the endline and fired a shot inside the far post to cut the deficit to 2-1.

Just over a minute after Koconis’ goal, Alan Daniel almost scored the game-tying goal with a shot he tried to sneak inside the right post, but it went just wide. Lewisburg kept pressing late in those final few minutes, but the equalizer never came.

“We just had to kind of pull Logan Moore off of centerback and usually teams, when they’re up at that point, they’re packing it in,” Lewisburg coach Ben Kettlewell said. “We were taking chances we normally aren’t taking if it’s middle of the game. We just got those opportunities and were able to get one.”

The Lions broke through on an extremely tough defense with 8:20 remaining in the first half. Davis Nagg managed to get his head on a throw-in and put it in the net. As soon as he scored, Lewisburg goalie Anthony Burns and a teammate looked at one another, almost in disbelief that a goal was allowed.

“He came in, he flicked it off his head and it bounced right in front of me. It was a 50/50 where I was, I had to make sure he couldn’t chip me or anything,” Burns said of the play. “I called away, it didn’t get away and it went in. I think I should have come out and got that ball.”

“We had a lot of chances there in that first half to put the ball in the back of the net,” Bachart said. “Putting that in was just absolutely huge in building their confidence. We were playing offensively the entire time and just putting that in solidified all their work.”

Entering Tuesday’s quarterfinal game, Lewisburg had given up only one postseason goal. Last night was the first time the Green Dragons trailed in either districts or the state tournament.

The Lions scored their second goal with 23:20 to play in the game. From outside of the 18-yard box, it was Justin Kruse who had a small window to shoot. He fired a great shot just inside of the near post for the 2-0 lead.

“It was one of those games where we had our chances at the end. Almost got one here and there, and a goal-line save. They had a heck of a goal coming off the right side. A world-class shot,” Lewisburg’s Ben Liscum said. “The other goal was a miscommunication off the throw-in that we can clean up. It happens. It’s a game.”

With junior Anthony Bhangdia not playing due to an injury, the Green Dragons were down one of the area’s best goal-scorers and Liscum then became the focus of New Hope-Solebury’s defense.

“Ben always had two or three guys around him,” Kettlewell said. “They have a pretty good midfield and we almost needed to keep him in the midfield to help us control the game, too.”

Lewisburg nearly scored with 16:15 to play in the first half when Nick Passaniti sent a corner kick to inside the 6-yard box. New Hope-Solebury goalie Kyle Campbell was out of position for a second, and there was a small opportunity to score. But Campbell managed to fall on the ball just before Lewisburg could tap in a goal.

Liscum had a look with 28:50 remaining, but his shot from 30 yards out went wide.

The Green Dragons had just two shots on goal in the first half and, despite firing eight total shots in the final 40 minutes, just two were on goal. And of those eight shots, just two — the goal by Koconis and a shot by Daniel — were inside of the 18. Lewisburg had a few miscues early in the game with some passes and crosses being sent with no one on the other end. New Hope-Solebury also did a great job limiting the Green Dragons. Lewisburg wanted to go outside and take on the Lions’ wing backs, but the Lions didn’t allow Lewisburg to execute that gameplan.

Lewisburg never hung its heads in the game, though, and kept trying to score and battle back until the final horn went off. It’s something that embodies what the Green Dragons are.

“This team laid it all on the line no matter what until the last second. That’s something you can’t teach. That’s heart. I was happy to captain this team,” Liscum said. 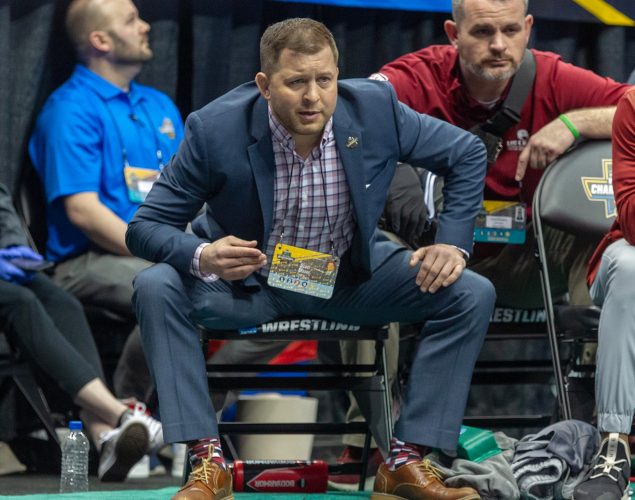 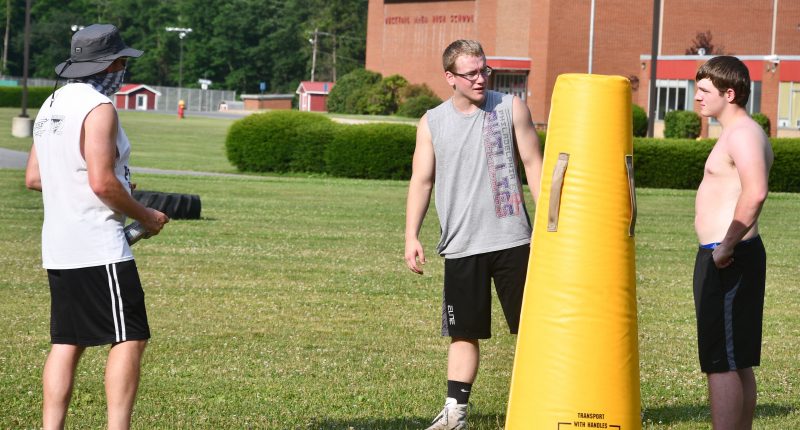