More than the run itself or the video-game numbers Jersey Shore produced, what I will remember most when looking back at its remarkable Class AAAA state semifinal run is a play like the one Owen Anderson produced against Dallas on Friday night.

Anderson made a good catch, took a hit near the line of scrimmage, bounced off the defender, broke another tackle, sprinted toward midfield and broke free for a big play. Before going down, Anderson earned a few extra yards, completing a 33-yard play that ignited a Jersey Shore touchdown drive. What I will remember is this: That was about the 100th time this season, I mouthed the word, ‘wow!’ while watching Jersey Shore play.

And I really don’t think I’m exaggerating when I say that. Every time I watched this team, multiple players in all facets generated plays like that Anderson one. It happened again against Dallas in a 56-28 Eastern Region final defeat.

More than even the wins and the league and district championships it earned, it is that relentless effort which forever will define Jersey Shore. The Bulldogs (11-4) repeated as league and district champions for the first time in program history before winning their first two state tournament games, the last one a 42-35 triple overtime thriller against Pottsville in which they overcame a 21-point first-quarter deficit. What made this team so memorable, however, was that grit, that determination, that fearlessness and that toughness.

Yes, everyone likes a winner, but a team which simply wins does not earn the community adulation which these Bulldogs did. The last two weeks included police escorts back into Jersey Shore with happy fans lining the streets and applauding their young heroes. Despite frigid temperatures and being Thanksgiving weekend, Jersey Shore fans still packed the Danville bleachers Friday, cheered loud the entire game and flooded the field afterward to thank the players and coaches for producing an unforgettable journey.

Winning produces some of that. But being athletes who symbolize everything a town wants to be sure helps as well.

“We come down here to Danville and there’s no seats left in the stands. It’s great to see that the community recognized what we were doing and realized what a great season we were having as a group of kids,” senior wide receiver Stanton Westlin said after catching eight passes for 91 yards. “The support we had last game against Pottsville was phenomenal. It was a great atmosphere and just awesome to play in front of that.”

“The support we’ve gotten the last several years has been tremendous. It wasn’t just this year with people jumping on the bandwagon. It’s been like this,” Jersey Shore coach Tom Gravish said. “When you play in the Eastern final and get the attendance like we did (Friday) it’s pretty amazing. We’re so thankful to the community.”

Jersey Shore certainly is grateful for its team.

This was a team that suffered some major graduation losses following a 2018 district championship season. Many might have doubted it, but Jersey Shore never envisioned having anything but a fabulous season. The Bulldogs then endured a demanding schedule including four district champions and two state semifinalists, kept getting better and played its best when it mattered most.

Just as important, the Bulldogs never took a play off. This was a team that collectively left a part of itself on the field every week. The Bulldogs lost four games, but they were never defeated.

Legendary former Green Bay Packers coach Vince Lombardi once said “Winning isn’t everything, it’s the only thing.” It is the most famous quote attributed to Lombardi and it also is one he greatly regretted saying. What Lombardi meant to say is that if a player and/or a team gives everything it possibly can on every play, than it has won. Looking at it that way, Jersey Shore finished 15-0.

Jersey Shore became the first area team to reach a state semifinal since South Williamsport in 2014. How it did so will forever offer future Jersey Shore teams a perfect example.

“This is just the start. We’re just getting started here,” junior three-way starter Owen Anderson said. “The seniors were awesome and I will miss them dearly. They set the bar high and we’re just going to keep going.”

I do not know if Tanner Lorson will be voted the Class AAAA State Player of the Year. I do know that he is certainly in the discussion and that a compelling case can be made on his behalf. Lorson completed one of the best seasons in District 4 history Friday, completing 36 of 60 passes for 362 yards and two touchdowns, while running for 29 yards and another score.

Lorson produced numbers usually reserved for video games while skillfully commanding a dynamic no-huddle offense that moved faster than a cheetah this season. The versatile senior threw for 3,491 yards and 34 touchdowns, while running for 1,170 yards and 23 touchdowns. Put it together and Lorson set a District 4 record for total yards produced by a quarterback, finishing with 4,661 and 57 touchdowns. His passing yards are the second-highest total produced in district history and his 34 touchdowns rank third. This was a sensational team with excellent playmakers, but Lorson was the engine that powered everything and he took a blowtorch to the Jersey Shore record book, going over 5,000 career yards in the process.

Considering the strength of schedule, Lorson’s numbers look even more mind-blowing. Not that this is all about numbers. Lorson had all the intangibles as well. He was a consummate leader who set a tone with his dedicated off-season work. Lorson could not be rattled and so many times the more pressure-packed the situation was, the better he played.

Is that enough to give Lorson the top individual prize in Class AAAA? I don’t know. But this is a resume not too many players have ever produced and it could be a long time before this area sees a player do something like that again.

Westlin and Cayden Hess played a large role in helping Lorson flourish this season and both produced two of the best receiving seasons in Jersey Shore history. Westlin became just the second Jersey Shore player to reach 1,000 yards, finishing with 59 catches, 1,170 yards and 12 touchdowns. Hess went over 100 yards for a second straight week Friday, catching nine passes for 101 yards and two touchdowns. In his first season starting, the sophomore shattered the program’s single-season catch record and his 75 catches are the third most in area history. He also produced 926 yards, 11 touchdowns and is one of four Bulldogs who caught at least 43 passes this year.

Linebacker Dawson Sechrist was all over the field again against Dallas, producing a game-high 15 tackles, including four for loss. Sechrist was to the defense what Lorson was to the offense and broke Hunter O’Connor’s single-season tackle record. Sechrist closed a brilliant scholastic career with 185 tackles, adding six sacks.

The 2019 area football season is now complete and what a fantastic year it was. Jersey Shore, Montoursville and Muncy all repeated as district champions and all three reached the state quarterfinals, giving the area three state quarterfinalists for the first time. Loyalsock and Canton also reached district finals and were two of the five teams that won at least nine games.

It was not all about championships and title game appearances either. It was Warrior Run making a terrific turnaround and winning its first-ever district playoff game. It was young teams like North Penn-Mansfield, Montgomery and Cowanesque Valley growing throughout the season and making a mark. It was players producing big numbers, big plays, big hits and big blocks. It was coaches seemingly never sleeping and coaxing all they could from their teams.

This area is fairly small, but it is doing big things.

All this reporter can do is say two words: Thank you. 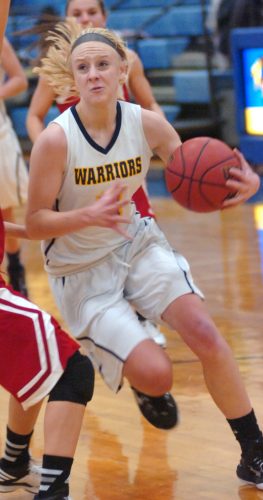 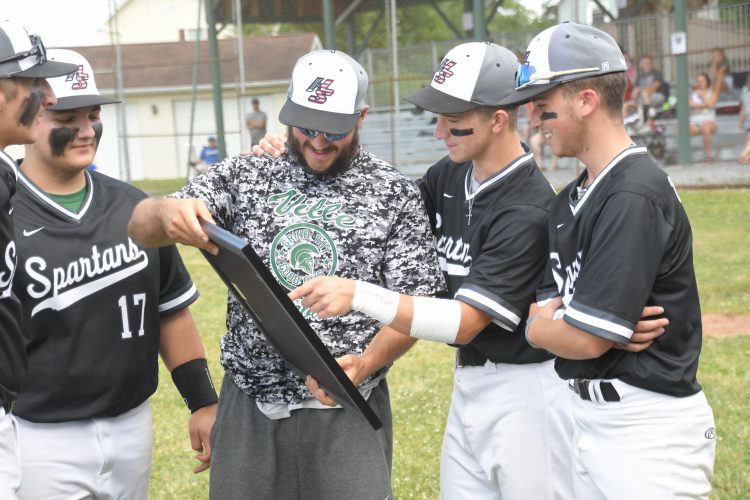