Franklin agrees to a 6-year contract

James Franklin, the self-proclaimed “Pennsylvania boy with a Penn State heart,” received a new contract Friday that will keep him as the Nittany Lions’ football coach through at least 2025.

Franklin already was under contract through 2022, but his new deal extends him by three more years.

The university announced the contract extension but did not reveal financial terms. Franklin’s previous contract, which was for six years, worked out to an average annual salary of $5.7 million per year (all bonuses included).

On top of his own salary likely increasing, Franklin has advocated for more money and resources to be spent on football, which brings in most of the money that drives the school’s entire athletic program.

Those types of financial guarantees — for facilities and coaching staff — generally accompany a contract extension in major college football.

“It’s not often a coach gets an opportunity to move back to their home state and coach the team they grew up watching,” Franklin posted in a statement on Twitter. “It’s even more rare that it’s a school as rich in history and tradition as Penn State. It’s been an honor and privilege to be the head coach of the Penn State Football program for the last six years.

“It’s gratifying to work at a university where the administration cares as much about what happens in the classroom and community as it does about wins and losses. I love Penn State, our players and our dedicated coaches and staff. I’m proud to continue this journey with them and grateful that President (Eric) Barron, (Athletic Director) Sandy Barbour and the Board of Trustees share my vision for continuing our pursuit of excellence.”

Franklin hinted at a contract extension last Saturday following Penn State’s victory over Rutgers to close the regular season. His name had been rumored for other potential jobs around the country — such as USC and Florida State — and the coach said, “Hopefully all this conversation will be over very shortly.”

Barbour had a humorous response Friday on Twitter when she answered a fan’s question that asked, “WHEN is Sandy Barbour going to get the contract completed for Coach Franklin?”

Franklin, who took over the PSU program in 2014, has compiled a 55-23 record in six seasons. The Lions are 10-2 this year and appear to be headed to the Rose Bowl for a second time in Franklin’s tenure. (The bowl announcement will come Sunday.)

“We are thrilled to have James as the head of our football program,” Barbour said in a university statement. “We wanted to make a strong pledge to James and this program with this new contract. James came to Penn State with a very clear vision, and we have seen that grow and prosper.

“What he has done to bring success to our program, both on and off the field, has been nothing short of spectacular.” 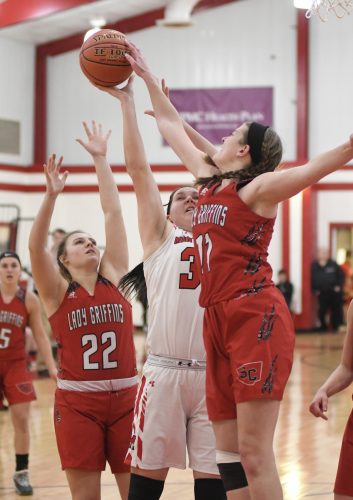