Preparing to meet a childhood idol in August, Darrick Rizzo was devastated to see the reports of Kobe Bryant’s death Sunday. Rizzo, now a professional videographer, had plans to visit the Mamba Academy to challenge Bryant to a game of one-on-one this summer, something Rizzo did 27 years ago in a high school basketball game at Williamsport High School as part of the Millionaires.

“When I heard the news, it hurt hearing of the tragedy. This is my idol. I was the Kobe-stopper. I kept following his career in the NBA, I didn’t get there, but I wanted to follow him and be happy for him knowing I shut him down in a high school game,” Rizzo said Monday night.

The 1993-1994 Millionaires’ roster of Darrick Rizzo, Curt Chilson, Jaime Spencer, Bryheem Justice, Lateef Ford, Kris Bullock, Brett Stackhouse, Rasheed Campbell, Raymond Truitt, Corey Baker and other players not listed in the box score had the privilege to share the floor with Bryant at the Magic Dome in a game they will never forget.

Bryant scored 2,883 career points and won a 1996 Class AAAA PIAA championship at Lower Merion High School in suburban Philadelphia. In his sophomore season, Bryant came to Williamsport averaging more than 20 points per game as a sophmore for the Aces. But on that December night, according to the box score in the Sun-Gazette the next day, the the Millionaires held Bryant to seven points, the lowest-scoring game of his high school career in a 63-43 Millionaire win.

“He was an incredible player. He had everything right from the beginning,” said Pete White, Williamsport’s coach. “He had moves, he could jump out of a gym. He could change directions, not just on the floor but in the air. He was an amazing player and to have him play in our gym was an honor.

“He could do all that stuff, but not in our gym.”

“We kept him to his lowest career-total eight points,” Rizzo beamed, “And I am the only one to hold him to eight points.”

Rizzo was the man called on by White to plan man-to-man defense on Bryant, then a lanky 6-foot, 6-inch sophomore. White’s instructions to Rizzo were to “deny, deny, deny” and not even let Bryant gets his hands on the ball.

“When we played him we did our best. Coach Rod Morgans, our assistant coach was the guy who scouted other teams before we played them. When he watched Bryant before our game, he said ‘this 6-foot-6 kid is going to the NBA one day,” Rizzo continued. “He’s going to try to do all kind of things, he’s the best in PA.’ That got me pumped up for the game because I knew my job was going to be to guard him.”

“I watched him two or three times so we knew what Lower Merion wanted to do, we knew what Kobe was going to do,” Morgans said. “If he drove with the ball we wanted to get in front of him and take the charge. When he posted up we had a guy on him, front-and-back, to not give him any opportunity.”

Williamsport had a knack for the high-profile games inside the Magic Dome. White said it wasn’t unusual for Williamsport to bring in teams from Philadelphia, Pittsburgh and Baltimore to play at the Magic Dome. This particular year, they called on Lower Merion, which was coming off a losing season in 1993, to make the trip.

“They never expected to be beat. We would bring in teams from Philadelphia, Pittsburgh and Baltimore, they all thought they would come in thinking the game would be a breeze and left shaking their heads in disbelief,” White said. “One thing about Bryant is he shook hands with all the players after the game. He was a very humble kid.”

The connections from that game continued to grow over time. Williamsport and Lower Merion both reached state finals in the next two seasons with Williamsport taking silver in 1995 and Lower Merion winning the state title in Bryant’s senior season of 1996. Muncy athletic director Curt Chilson still remembers running into a Lower Merion player at his college orientation.

“In my college orientation at the University of Richmond, Matt Snider, who is also in the Lower Merion box score, came up to me and introduced himself. He had remembered me and still couldn’t believe that we had beaten them,” Chilson said. “I do remember their team being in utter disbelief when the game ended having been beaten by 20 points.”

Watching Bryant grow after the 1993 game piqued the interest of those involved with the game at Williamsport as they followed Bryant’s stardom. Morgans tried to get to a Philadelphia 76ers games any time Bryant visited as a member of the Los Angeles Lakers and follow his stats in newspaper box scores or online. Others admired the way Bryant molded his career into his own.

“Looking back, you marvel at what Kobe Bryant was able to accomplish in his life. The amount of fame and fortune he accumulated is a direct correlation to his work ethic. It is truly tragic,” Chilson said. “The magnitude of his popularity is unquestioned as is his place in the history of the game of basketball, he is one of the greatest to ever play the game.”

“We were young, we didn’t know what he was going to become. It is bittersweet now knowing we played against him in 1993,” said Spencer, a St. John Neumann assistant coach. “After that, I kept following him and respected him for playing all 20 years with the Los Angeles Lakers, watching him play and all the accomplishments he had, it was amazing to watch someone blossom to his status knowing he was someone our age.”

Bryant will leave a lasting memory in the basketball world as the five-time NBA Champion and 18-time All-Star, but for Williamsport he will be remembered for his time in the Magic Dome playing against the Millionaires.

“The members of that team have been fortunate enough to tell our kids that we got to play against him,” Chilson said. “The first thing we did was always look up to see how many points Kobe scored.”

“His legacy will live on,” Spencer said. “He’s done so much and touched a lot of lives. He did so much for the game of basketball. He was the man.” 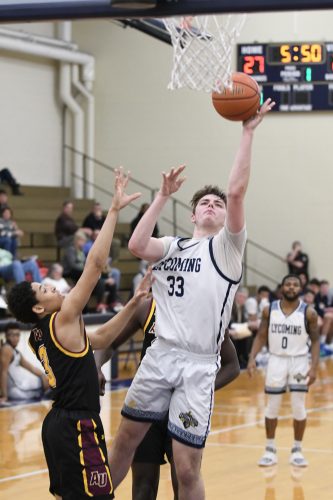