Idris Ali did something rare early in the fourth quarter Friday night against North Penn-Mansfield. He missed a shot. But following that missed free throw, Ali sprinted forward, grabbed the rebound and made a reverse layup.

Loyalsock put together a virtuoso offensive performance during its District 4 Class AAA quarterfinal and Ali was the maestro. The junior point guard scored a career-high 27 points, made 10 of 13 shots from the field, drained five 3-pointers, grabbed six rebounds and added four assists. Aiden Gair (26 points) and Rees Watkins (20) also reached 20 and the Lancers topped 100 points for a second time, winning 101-87.

Ali made 10 of his first 11 shots, scored 10 first-quarter points and helped Loyalsock (24-1) earn a spot in next week’s semifinals against Hughesville at a time and place to be determined.

“From the beginning I was feeling pretty good,” Ali said. “It was really fun. Our teammates were giving me support and we had our teammates on the bench cheering and everyone in the student section, too. It was a great environment.”

Ali missed Loyalsock’s season-opening win against Mansfield (12-11) and the Lancers might have been in trouble had he missed this one. The Tigers played a super offensive game, never buckled and twice cut a 19-point third-quarter deficit to 13 in the third quarter. But Ali was on another level and continued his breakout season, bouncing back in strong fashion after being riddled with the flu last week.

Mansfield led early, but Ali scored 10 quick points and gave the Lancers an advantage they never relinquished. Loyalsock scored 25 or more points in each of the first three quarters and led, 81-64, entering the fourth. Ali then helped Loyalsock put the game away, scoring six rapid-fire points in the fourth on his fifth 3-pointer, a foul shot and his reverse layup. Ali had a lot of help but it was obvious all night that he was the one conducting this offensive symphony.

“Idris has great body control. He just has good basketball instincts and things that you can’t really coach,” Loyalsock coach Ron Insinger said. “He comes through for you in crunch time. He just knows where all nine players on the court are.”

“When Idris is shooting like that I don’t know if you can guard him,” Mansfield coach Kipper Burleigh said. “He’s great off the dribble and he constantly finds his teammates. When he can shoot 3s like that or make a little stutter step and hit a three he’s almost unguardable.”

Both teams seemed unguardable at times, trading points and 3-pointers like they were Wall Street traders. Mansfield drained 14 3-pointers and Loyalsock 13. The Lancers made 34 of 53 shots through three quarters and Mansfield 25 of 46 during that time. Gair produced six rebounds and four assists and Mansfield point guard Alex Stein dazzled with 20 points, five 3-pointers and eight assists.

Mansfield did just about all it could offensively against the district’s top seed and played a lot better than it did in a 36-point season-opening loss at Loyalsock. Jacob Evans (18 points) drilled six 3-pointers, Logan Tokarz scored 19 and Curtis Craig added 16. The Tigers replaced their top eight players from last year’s team and continued building on the program’s winning tradition and return 10 players next season.

It was not what Mansfield did wrong in last night’s rematch. It was simply running into an outstanding opponent operating at peak offensive capacity.

“They know how hard to play. They know you don’t back down from anyone,” Burleigh said. “They showed up to compete and that’s all you can ask as a coach that the kids show up to play their best. I’m not saying we played our best, but I think we got close to our best effort.”

Gair is one of the area’s leading scorers, but was more of a facilitator early, dealing four assists as Ali and Watkins attacked. Julian Wilson scored eight quick points off the bench and four players hit first-half 3-pointers. Then when Gair heated up and scored 15 points in the middle quarters, the Tigers might have felt like a boxer fighting valiantly but unable to get off the ropes.

Both times Mansfield pulled within 13 in the third quarter, Loyalsock answered. Saraj Ali scored inside the first time and the next time, the Lancers countered with a 10-2 run. Loyalsock reached 95 points midway through the fourth quarter and passed the century mark for the second time when Rohin Sagar scored on a drive with 75 seconds remaining.

“Our offensive threats are pretty good, but we’re going to try and work on our defense a lot more,” Ali said. “The whole team had some sort of sickness so we were all tired last week. The week off helped a lot and it showed.” 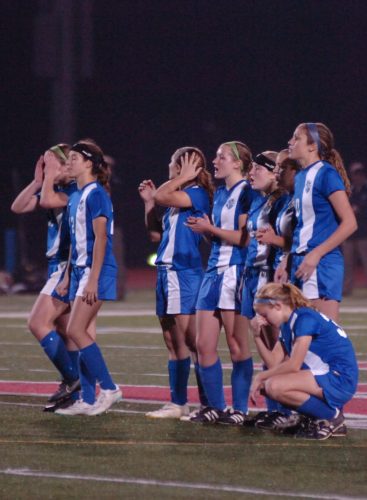