It’s way too early to speculate about whether or not there will be a Little League World Series in South Williamsport this summer, according to the organization’s President and CEO Stephen Keener.

While Little League is preparing with a number of different scenarios with how the coronavirus pandemic could affect this year’s Series, along with those in Little League’s other divisions, Keener doesn’t want to speculate about what the future holds. Instead, he and the Little League Board of Directors are using the recommendations of the Center for Disease Control and Prevention and the World Health Organization to guide their policies.

On Sunday, Little League issued a directive to local leagues around the country to cease operations until May 11 after the CDC said gatherings of 50 or more people should be delayed for eight weeks.

“One of the things I’ve learned in my years is you can’t be afraid to say what you don’t know,” said Keener, who became Little League’s president in 2004. “In a situation like this we don’t have expertise in, we’re relying on the professional experts of the CDC and of various state departments of health to guide the recommendations we pass on to the local leagues.”

Little League International has operating leagues in 84 countries across the world. That itself provides its own difficulties in getting the message to Little League’s partners. But Keener and the Board of the Directors have told each individual country to operate by what their national health organizations are suggesting.

Keener said the response from the local leagues has been overwhelmingly supportive. The eight-week moratorium on Little League activities will hopefully give the organization any time it may need to figure out just what the next step of the process should be. The situation with the outbreak of the coronavirus pandemic has changed so fluidly from hour to hour and day to day that it’s unfair for Keener to assess what could happen when eight weeks are up, let alone when the World Series is scheduled to begin on Aug. 20.

“We’re getting a lot of questions we can’t answer because we just don’t know,” Keener said. “Leagues have been very patient because this is a rapidly evolving situation. We’re working from that eight-week plan right now, but who knows if it changes by next week? So we’re not getting into hypotheticals of what we will or won’t do.”

While Little League has asked for local leagues to shut down operations for the time being, Keener said most leagues are prepared to hit the ground running whenever they’re advised they can return to business as usual. He said the end of winter is a prime time for sign-ups around the country and leagues are largely waiting for the weather to allow them to begin the season at this time of year.

“A lot of leagues right now are on hold and they’re just waiting for the green flag to say let’s go,” Keener said. “Our primary objective is to do everything we can once we’re given the OK to do so for all to have a Little League season. Whether we’ll be able to have 20-game seasons or 10-game seasons, we have all summer we can hopefully play through, and the fall too. We want to do everything we can to give the kids some kind of season.”

Once gatherings are permitted to happen again by the CDC or the WHO, Keener said the top priority is to get leagues playing. He said the next priority will be to assess whether or not Little League can operate its tournaments which concludes with a World Series.

But until Little League is given the OK for its leagues to begin, determining whether or not those tournaments could be held would be a misstep. And for now, Keener’s focus is solely on doing what’s important to help prevent the spread of the coronavirus, even if it means missing out on playing baseball and softball.

“If this health crisis is what it’s projected to be, that’s far more important than playing baseball or softball games,” Keener said. “We always have to keep our perspective. What we do is fun and beneficial for kids, but there are far more important issues which need to be resolved before we get back to that.” 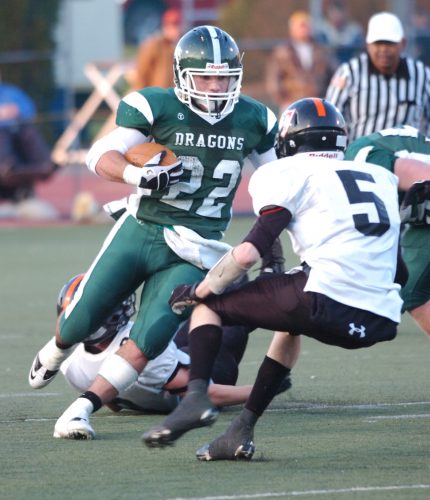