PIAA has shown patience, but what’s next? 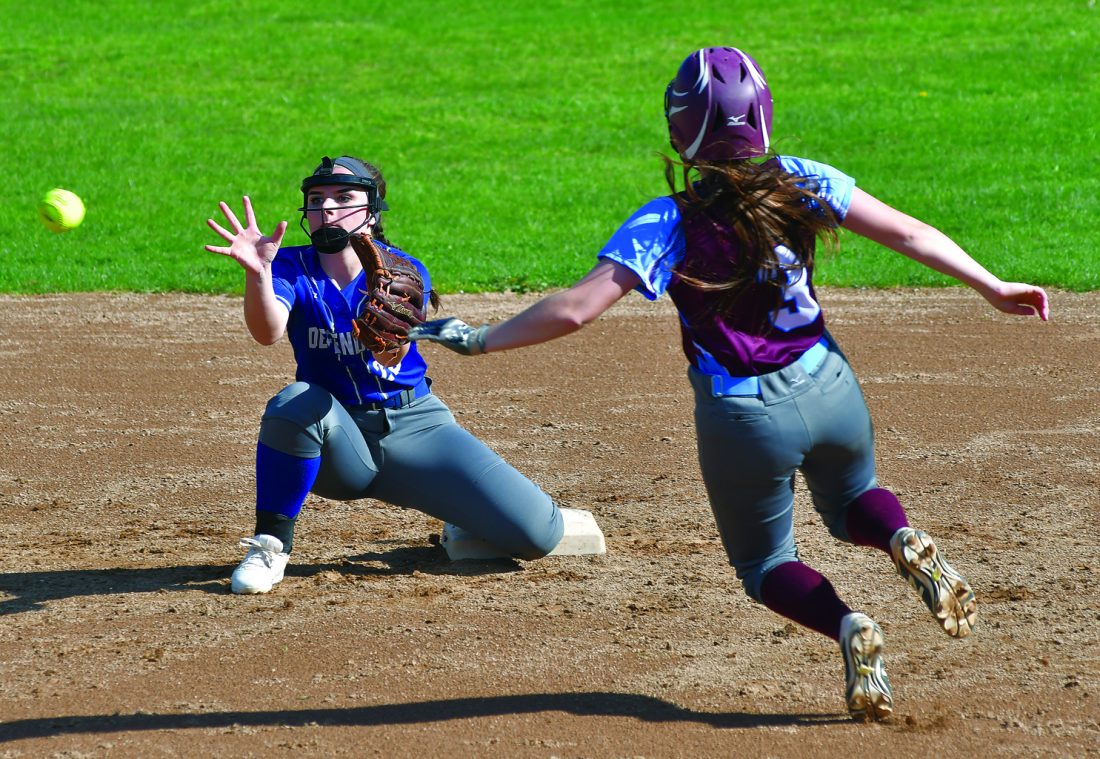 SUN-GAZETTE FILE Loyalsock’s Cassie Gee slides into second base as Warrior Run’s Samantha Ferguson waits for the throw dring a game in May of last year. The PIAA has given no indication of when, or if, spring sports may start because of the COVID-19 pandemic.

It’s time we get real about spring sports. We’re all holding out hope the PIAA will allow games to resume when the newest current two-week moratorium ends.

But the reality is that’s likely not to happen. With the Center for Disease Control and Prevention’s recommendation to not have gatherings of more than 50 people for eight weeks, the PIAA isn’t going to be able to risk the liability of allowing practices or games to begin before those eight weeks are up.

So what does that mean? If we’re being honest, it means the PIAA probably isn’t going to finish the state basketball tournament or the state swimming meet. It probably means the easier decision for the PIAA to make will be to cancel all spring sports.

To the PIAA’s credit so far, it hasn’t taken the easy way. While it is heeding the directives of Gov. Tom Wolf and has barred teams from holding both organized and unorganizes team practices until at least April 6, it hasn’t yet put the kibosh on finishing the winter sports postseason or the spring sports season entirely. While the NCAA and every college conference in the country canceled the spring season at the drop of a hat, the PIAA has been in wait-and-see mode, and it should be commended for doing its due diligence.

What we’ve learned of the COVID-19 virus and its potential impact on society tells us that when the PIAA returns to its offices after the governor’s two-week closure on March 30, it likely won’t be able to immediately restart the winter postseason or the spring preseason. We’re clearly in a very delicate time for how we deal with this pandemic, and as much as we’d like to see sports get kickstarted once again, it’s probably not prudent to the big picture of quelling its spread.

So it begs the question: What are the options moving forward?

Well, the first option that none of us want to entertain is that we kiss sports goodbye for the remainder of the school year. This is the option none of us want, but is the betting favorite.

The second option would be a modified postseason. No matter how much they’re able to do at home during our various quarantined situations, athletes aren’t going to be ready to go immediately when that May 11 date hits. Spring athletes will need a preseason of some kind, at least a week, more likely two. Winter athletes will need an acclimation process for conditioning, practice and to prepare for its next opponent.

So, instead of playing a regular season for spring sports, what if we went right into the postseason? Every school which chooses to may participate. But of course, it would mean only a one-game season for many teams. So once eliminated, those schools should be permitted to play games against other schools who are eliminated for as long as the state tournament carries on.

It would be an opportunity to provide some kind of season for the athletes, especially the seniors, while also providing some kind of postseason tournament. This is a solution for baseball, softball, lacrosse and boys tennis. Track and field, though, that’s a horse of a different color.

Track and field is a sport which builds to a crescendo. Going full out from the start can lead to injury. So what to do there is a tougher decision. It’s all about what is possible for moving the date of the state track and field meet, which is currently scheduled for Memorial Day weekend on May 22 and 23. But if the championships could be moved back to the same weekend as the currently scheduled baseball and softball championships (June 11 and 12), it would provide roughly a month for track and field athletes to get into shape before a two-week postseason. Is it enough time? Ideally, no. But we’re not living in ideal times.

Maybe the PIAA has to make the decision to pull the plug on spring sports because there just isn’t enough time to organize a statewide tournament for any sport. But maybe squeezing in the final few games of the state basketball tournament and the final two days of the state swimming meet is an option.

It’s not perfect, far from it, in fact. And there are plenty more details which would need to be ironed out in order for it all to work. It’s not as easy as snapping your fingers and having it all come to fruition, but deciding you want the kids to play is a starting point.

It would be selfish for sports to be a priority in this unprecedented time in all our lives. But more than anything else, sports could be a distraction from the real world chaos for a few hours at a time. And at this point, even just a little more than a week into our lives without sports and socializing in general, a little distraction might not be such a bad thing.

But any scenario should only be broached if it could be done safely. If that’s possible, though, man what a breath of fresh air it would be.