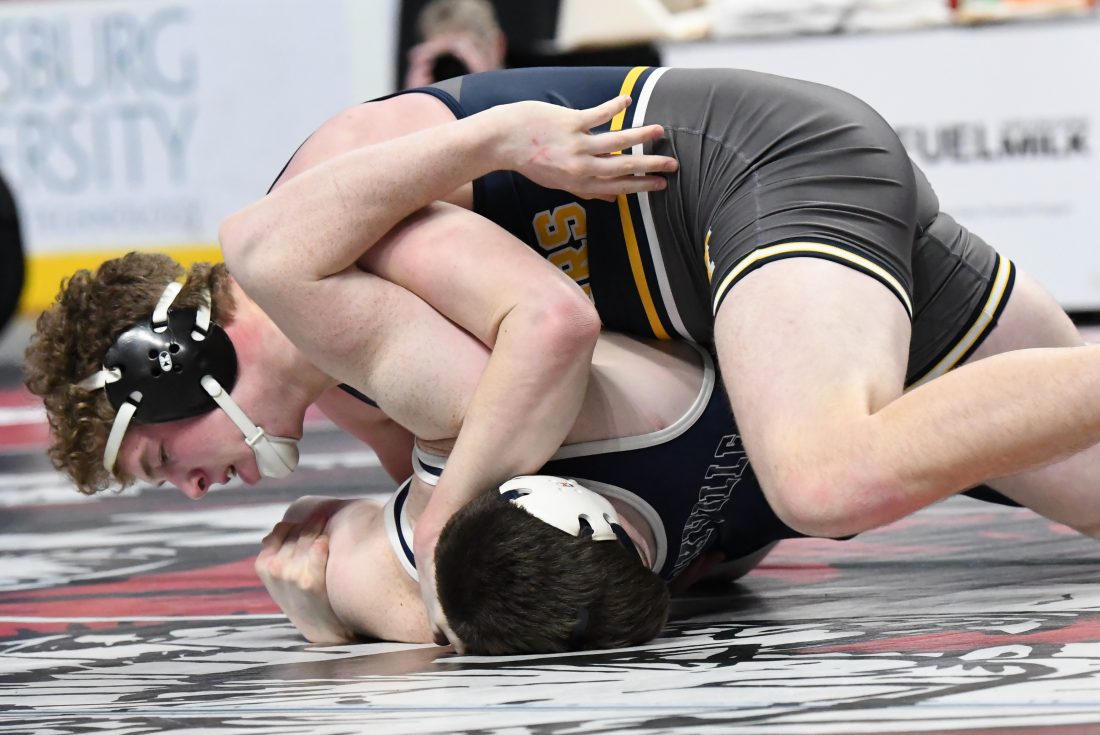 In a surprise move Wednesday, the PIAA Board of Directors chose to pass on a first reading of the proposed change to 13 wrestling weight classes. Instead, the board voted unanimously to have the PIAA’s Sports Medicine Advisory Committee (SMAC) review the proposed weight class changes for safety.

It was expected the board would approve the weight class change after the PIAA Wrestling Steering Committee recommended the change by a 13-1 vote at its April meeting. But the steering committee also had discussions about wanting to get as many sets of eyes on the potentially new weight classes as possible before it was approved, according to PIAA Executive Director Dr. Robert Lombardi.

The hope is SMAC will make their review of the proposed weight classes so the proposal can be brought back in front of the board during it’s June meeting.

“They will meet and decide what they decided and suggest what they suggest and then we’ll take it back to the board,” Lombardi said. “(The wrestling committee) wanted a review from the medical experts in sports medicine, and some of them have a pretty storied history in wrestling itself. I think they want to make sure the weight classes are going to do what they’re intended to do.”

The change proposed by the steering committee would keep all weight classes the same from 106 through 160 pounds. But it would then condense the upper five weight classes into four. The new upper weights would be 172, 189, 215 and 285.

The PIAA was expecting to get some direction this year from the NFHS on weight class suggestions, but in its April meeting, the country’s guiding force on high school sports tabled its discussion about weight classes. The PIAA wrestling steering committee’s recommendations came a year after its initial proposal on new weight classes called for a reduction to 12.

But District 4 wrestling chairman Dave Campbell said after the steering committee’s meeting there was no interest from the committee to move to 12.

“This idea actually came about two years ago to reduce weight classes and it was tabled at the national level,” the PIAA’s Chief Operating Officer Mark Byers said. “The idea was to garner more information from the state organizations and they would come back with a new proposal in 2019. But none of the state associations submitted any proposals. So we submitted a proposal for 13 weight classes for the NFHS at its 2020 rules committee meeting which was not approved.”

One wrestling item which was approved by the Board of Directors will give both District 2 and District 4 an extra qualifier for the Class AA Northeast Regional tournament. Previously, District 4’s top-five finishers and District 2’s top-three finishers advanced to the regional. But a motion presented by Campbell in the steering committee meeting asked for one more regional qualifier from each district based on the region having the same number of schools as the Northwest Region, which is given 10 regional qualifiers.

The board also approved a motion which would allow teams to begin holding summer workouts when Gov. Tom Wolf and the Pennsylvania Health Department give the OK for organized sports to be held in a county. The PIAA had previously mandated teams could begin holding workouts, as long as they stayed within authorized PIAA guidelines, on July 1.

With the motion which was passed Wednesday, workouts could begin even sooner if the governor and health officials determine it is safe to hold organized sports activities.

“We have to follow what the governor says, and that’s our primary deal here. And this is only my personal opinion, but if athletes or students are allowed to participate by the guidelines set forth by the governor, I don’t care what the date is, they should be able to go out and do what they want to do,” said District 11 chairman Bob Hartman, who brought forth the motion. “In any phase, green or yellow, if it’s permitted, we should allow it. It’s not there right now, but we shouldn’t pigeon-hole ourselves to a date. If it’s permitted, let’s allow it.”

“I was really happy the board stood up and told people this is important to us. We care about the kids. We want the kids to do what they like to do and be kids, play athletics and be a representative of their school,” Lombardi said. “I’m just going to follow the governor’s guidance. We said it’s July 1, but it could be earlier depending on the decision that are made.”

Other items passed during Wednesday’s PIAA Board of Directors meeting:

– The board approved, on a second reading, language which would boost the penalties for players and coaches for ejections from competition. Currently, anybody disqualified has to sit out the remainder of that competition day and the next competition day.

Under the new guidelines, disqualifications would be divided into two categories: mandatory and supplemental. A mandatory disqualification still carries with it a one-game suspension, as currently dictated by the rules. A supplemental disqualification would be the result of “contacting or addressing a Coach, contestant or official using foul or vulgar language, or physical contact” and cause the coach or the player to be suspended for two games.

Any athlete given a supplemental disqualification also will not be allowed to return to competition until they complete the NFHS Sportsmanship Program online and provides a certification of completion to the school’s principal, who will then submit it to the district committee for approval. Coaches who are ejected under the provision has to complete the NFHS Sportsmanship program as well as the Teaching and Modeling Behavior program provided by the NFHS.

“If you see the ejection reports we get … they’re offensive,” Lombardi said. “The language is extremely foul. But as a high school student, to direct that at an official, player or coach, they’d be on a five-day suspension from school if they did it in the classroom. We’re tired of our officials being attacked.”

“The number one reason officials quit officiating or don’t become officials is abuse,” said PIAA Assistant Executive Director Paul Gebhart, who has oversight of the officials’ program. “And it’s not just fan abuse, but abuse by coaches and players. This is an effort to support our officials.”

PIAA Associate Executive Director Melissa Mertz explained a mandatory disqualification is what is covered by most rule books, like aggressive play or unsportsmanlike play. The supplemental disqualification will address what the PIAA is seeing more of, which is athletes screaming vulgarities at officials, coaches or opponents. It could also be for physical contact made with officials.

“We thought it was appropriate to elevate the punishments in those instances,” Mertz said.

– The board passed a first reading of guidelines to allow for sub-varsity football scrimmages between schools, giving players more opportunities to play. The scrimmages would be limited to a maximum of 40 offensive plays for each team with breaks held between each set of 20 plays. The time for the scrimmages, including warm-ups and breaks, would not be allowed to surpass 90 minutes.

– A motion was passed by the board to petition the NFHS to run a pilot program which would allow wrestlers to compete with facial hair. Currently, NFHS rules don’t allow high school wrestlers to have more than a mustache.

The NCAA recently relaxed its rule on beards, but limited the length which bears could be. The motion was approved unanimously.

– A recommendation from the basketball steering committee was approved by the board to reduce the point difference to invoke the mercy rule from 40 to 30 points. Once a team reaches a lead of 30 points, the second-half clock will run continuously, stopping for only injuries, timeouts or free throws. The clock would continue to be running even if that deficit were to fall under 30 points.

– The board voted unanimously to have the Sports Medicine Advisory Committee look into eliminating the two-pound growth allowance in wrestling.