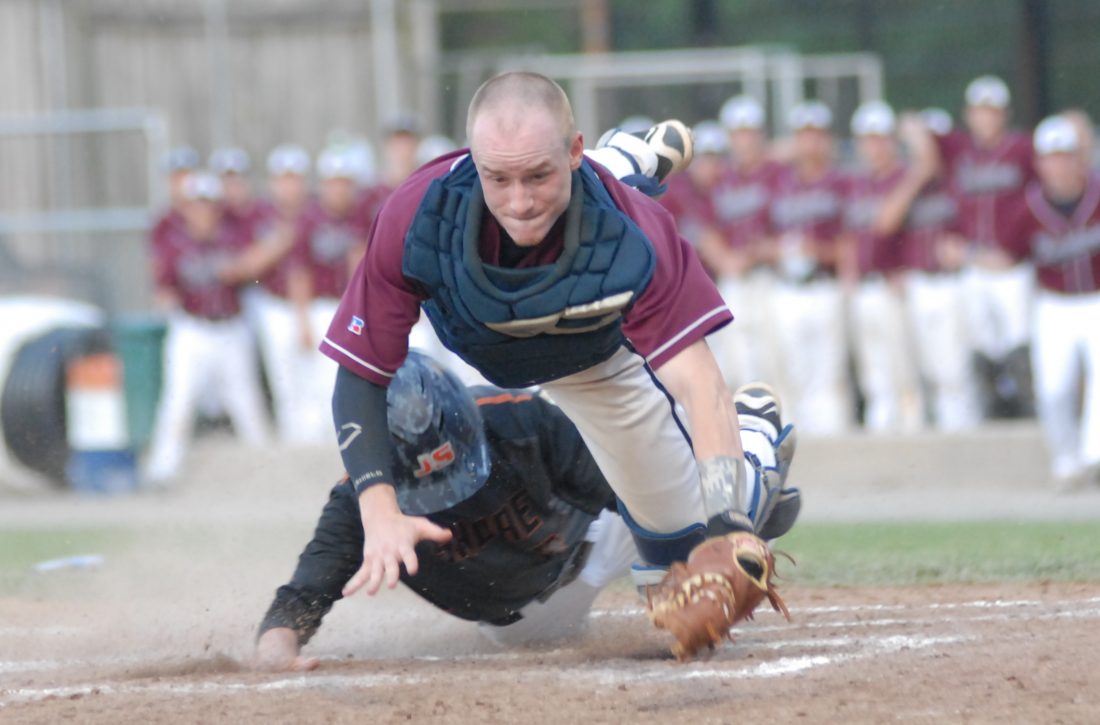 EDITOR’S NOTE: This is a series looking back at the Top 10 high school baseball teams, coaches, games and players from the last decade.

This was the year Jersey Shore’s District 4 Class AAAA dynasty would end. The Bulldogs had won four straight district championships, but lost a good group of starters from the 2014 team, started 8-7 and lost five one-run games. This had to be the year.

Except it wasn’t. The king was still alive and it defended its crown with vigor, producing the most thrilling win in five finals appearances.

Jersey Shore entered districts the No. 5 seed in a six-team field but left as champions after edging Shikellamy, 5-4, in eight innings. Shikellamy erased a four-run sixth-inning deficit and scored the game-tying run with two outs in the seventh. That might have shaken many teams, but not these gritty players who embraced challenges like a dog does a bone.

“It’s unbelievable. I’m so blessed to be able to play with these guys. I love them to death,” Costa said. “It’s an amazing moment playing on this field and being able to do what we do.”

“We were the five seed and we knew what we had to do. We had to win three games,” first baseman Zach Miller said after having two hits with an RBI double. “We just had determination and we got past it.”

Jersey Shore had been the No. 1 seed the previous four seasons, but had to go the long road this time. Its first 15 games were like a roller coaster. The Bulldogs were 8-7, but knew they were a few hits from being 13-2, suffering those five heartbreaking losses. Shikellamy swept two games from it by one run and everything started clicking after the Braves beat Jersey Shore, 4-3. The Bulldogs did not lose again until the state tournament, riding a seven-game winning streak into the final and outscoring those opponents, 59-14. Included in that stretch were two blowout wins against Montoursville, a 16-3 rout of Bald Eagle Area and a 12-0 win over Hughesville, all strong teams.

Jersey Shore broke open a close game at Montoursville in the quarterfinals, scoring seven runs over the final three innings of an 8-2 victory. The Bulldogs then took out top-seeded Athens, 10-5, and were right where they wanted to be, again playing under the Bowman Field championship lights and peaking at the perfect time.

Jersey Shore shut out four straight district final opponents and that scoreless streak reached 35 innings as it took a 4-0 leading into the bottom of the sixth inning. Miller produced Jersey Shore’s first hit in the fourth inning, ripping a leadoff single and later scored on Lane Hale’s sacrifice fly. Shikellamy then called on ace and current St. Louis Cardinals minor league standout Nick Dunn in the fifth to keep Jersey Shore from scoring more. The senior threw a four-hit shutout in a 3-0 semifinal win against Mifflinburg, but the Bulldogs jumped on him.

“Dunn is an incredible pitcher and brings gas,” Miller said. “We knew what we had to do and got in there and got set early and made contact with the ball. Hitting is contagious. You see the guy in front of you get a hit and you want to go out and try to get an even bigger hit and keep it going.”

Travis Bradley threw five shutout innings, but the Braves started their comeback in the sixth, scoring twice before Bronson Bass stranded the tying runs on second and third with one out.

An inning later, Shikellamy had Jersey Shore on the ropes. Costa entered with runners on first and third and no outs with Dunn (.508) and Blake Bettleyon (.407) coming up. The 5-foot-6, 150-pounder had saved a championship two years earlier with his defense in center field and now he did so with his arm. Costa induced fielder’s choices for the next two outs and was a strike from clinching the championship before Dunn stole third and scored the tying run on a throwing error. A pitch later, Costa ended the threat and forced extra innings.

This could have been a demoralizing situation, but Jersey Shore used it as fuel. Bass was hit by a pitch, moved to second on a wild pitch and reached third on Trey Newcomer’s grounder. Costa then came up huge again, hitting a smash between first and second base. The second baseman improbably stopped it, but Costa beat the throw, Bass scored and Jersey Shore led 5-0.

“It didn’t matter what happened. All the way up and down the lineup guys are getting it done,” Jersey Shore coach Steve Waldman said. “They’re mentally tough.”

And Costa may have been the toughest.

The senior leader quickly slammed the door on Shikellamy, striking out its first two hitters before inducing a game-ending pop out to Miller along the first-base line. Jersey Shore had another championship and Costa delivered an unforgettable performance.

“I’m at a loss for words. It’s like something you dream of and the dream came true. I love it so much,” Costa said. “I look forward to that situation. I like trying to be that hero type. Either you’re the hero or you don’t get it done. I like getting that pressure put on me.”

Jersey Shore had all kind of pressure put on it throughout the 2015 season. It took some hits, but fought back, persevered and capped one of the most impressive runs in District 4 history, winning a fifth straight championship the hard way.

“They never give up,” Waldman said. “They do whatever it takes. They’re fun to watch.”