Muncy’s Ty Nixon is making up time after ACL tear 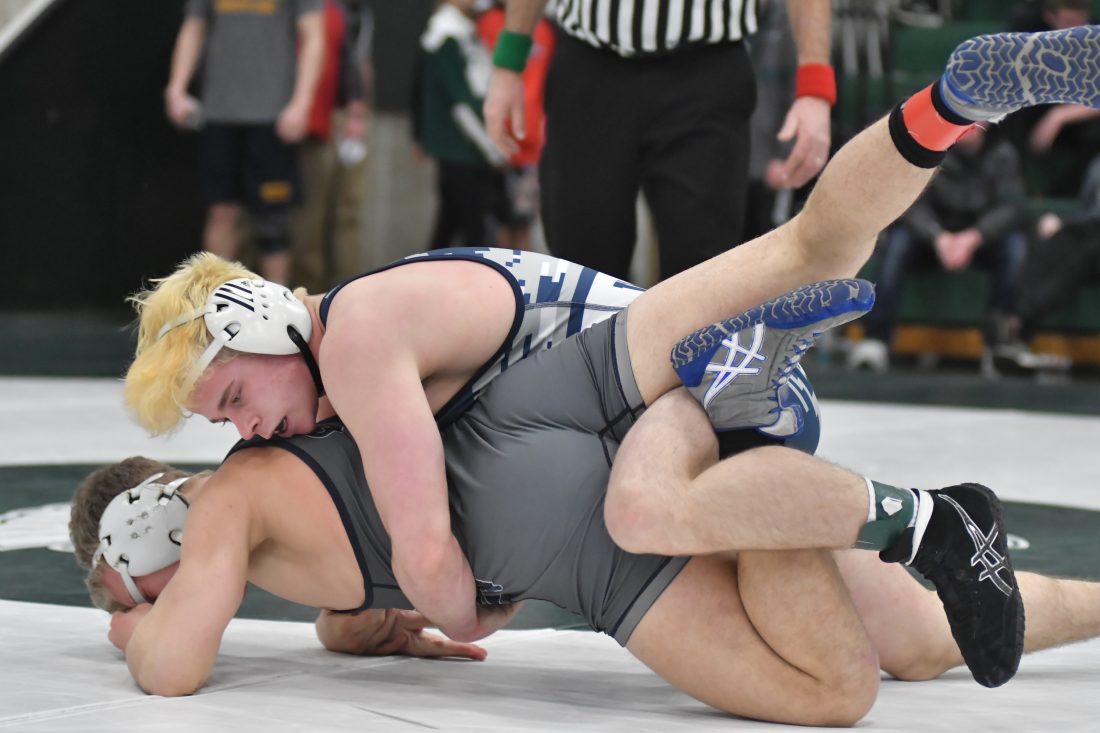 Ty Nixon wasn’t missing a step of his quickness. He looks like he’s spent his time off the mat bench pressing Buicks.

The only hint of a hitch in his giddy-up was the large stabilizing brace on his knee. Otherwise, the Muncy junior-to-be looked like the same person who went to the state tournament as a freshman for the Indians.

Nixon is nearly a full year removed since he tore his ACL, robbing him of his sophomore football and wrestling seasons. But he still has the look of an elite wrestler, and now he’s got some motivation to make up for lost time.

“It was the worst year of my life watching my friends compete and knowing I couldn’t do anything to help them out,” Nixon said. “I was so anxious to get out there.”

Nixon was coming off a freshman season in which he ran for more than 300 yards for a District 4 champion football team. He went into the wrestling season as one of the most highly-touted freshmen in the state, posting 32 wins and qualifying for the state tournament wrestling at 160 pounds.

It all looked as if it was a jump-start to what would be a stellar athletic career for Nixon. His brother, Dakota, was a two-time state medalist for the Indians and ran for more than 1,600 yards in two years as a Muncy running back.

But it all came to a screeching halt last summer. Nixon was wrestling at the Bucknell Duals and got himself in an odd position. With his opponent over his leg, Nixon felt his knee give out. He knew right away it was something serious.

He was examined by a couple athletic trainers who determined he had dislocated his knee cap. It was a bad diagnosis, but one he could live with. So he prepared for the football season. But by the time he got to September, he could tell something wasn’t right.

“Nobody said it was a torn ACL,” Nixon said. “I’d go to cut and it would just give out. At least six times during football it did that.”

The issue finally prompted Nixon to visit Dr. Patrick Carey, who returned the news of a torn ACL. It was a devastating blow to an athlete who is always on the move and was primed for such an important sophomore season.

It also cost the Indians’ football team a key contributor on a team which won its first state playoff game in school history. It cost the wrestling team likely one of its top point-earners in a season where it was looking to return to the PIAA Team Wrestling Championships for the third consecutive season.

Nixon was always on the bench watching and cheering on his teammates despite how much it ate at him to not be competing. But it’s also driven him to get through his physical therapy and be prepared to compete when and if there’s a fall football or winter wrestling season.

He was working out at the Ride Out Wrestling Club last week, taking instruction from Ohio State’s Sammy Sasso and Gavin Hoffman and Indiana’s Garrett Hoffman. And despite the bulky brace which enveloped his leg, Nixon looked like his old self.

“I feel like my leg is stronger now having gone through physical therapy,” Nixon said. “It was hard. ACL physical therapy was hard. I was held up on crutches for three weeks after my surgery, but after those three weeks I started lifting and doing some upper body stuff. Now I’m 100% ready to go.”

Throughout his therapy and waiting to get back on the mat, Nixon would go on YouTube and watch the story of how Adrian Peterson returned to the National Football League less than a year after tearing his ACL to put up an MVP-caliber season for the Minnesota Vikings. That is inspiring Nixon to get back to the level he was at, or even better, prior to his injury.

It’s why he was at the week-long clinic at Ride Out last week. He was trying to make up for the lost competition from the injury.

“If you put yourself in position now to get better, it’s going to make you that much better during the season,” Nixon said. “This was the worst year of my life and I’m so anxious to get back.”