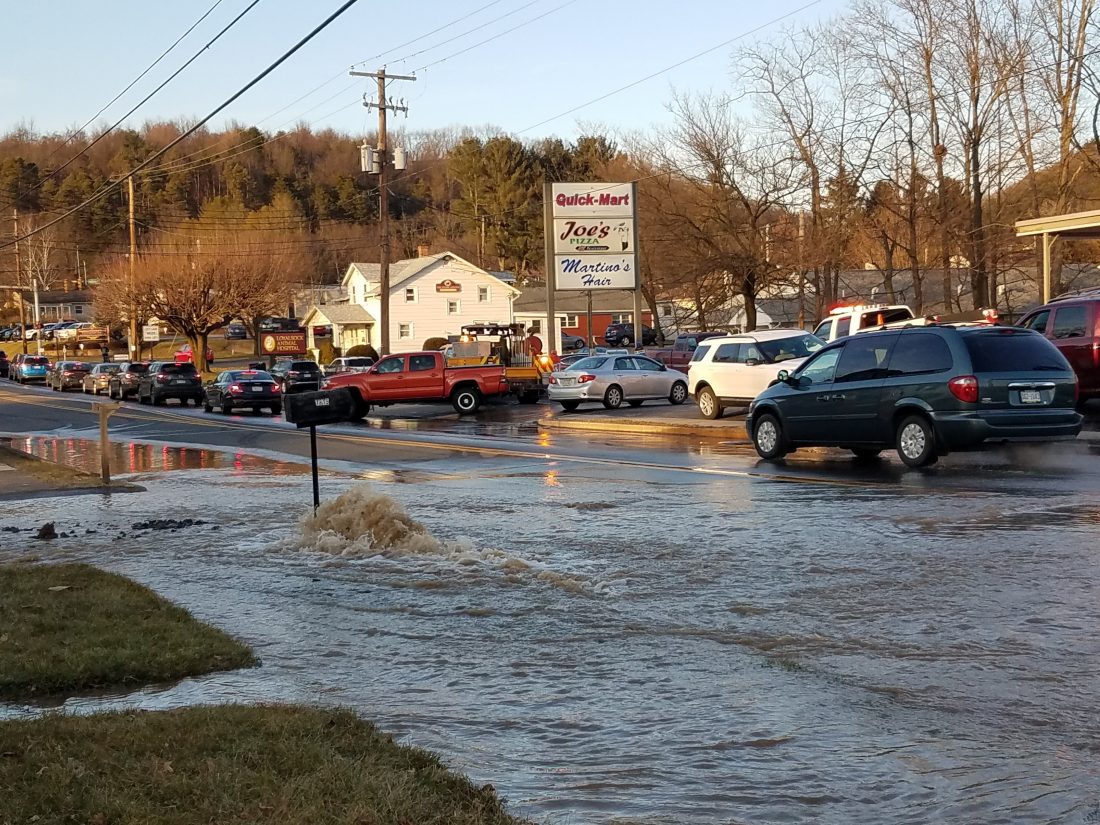 PHILIP A. HOLMES/Sun-Gazette Water shoots out from under Northway Road, just south of Four Mile Drive, in Loyalsock Township after an 8-inch water main ruptured about 4:30 p.m. Monday.

A boil-water advisory was issued to affected residents after a water main under Northway Road broke Monday. Michael Miller, executive director of the Williamsport Municipal Water Authority, said 340 residents plus the Loyalsock Township middle and high school were without water. A small section of Northway Road collapsed shortly after water to the broken main was shut off. It was hoped that water service would be restored by Tuesday, Miller said Monday.