Investigators study cause of barn fire 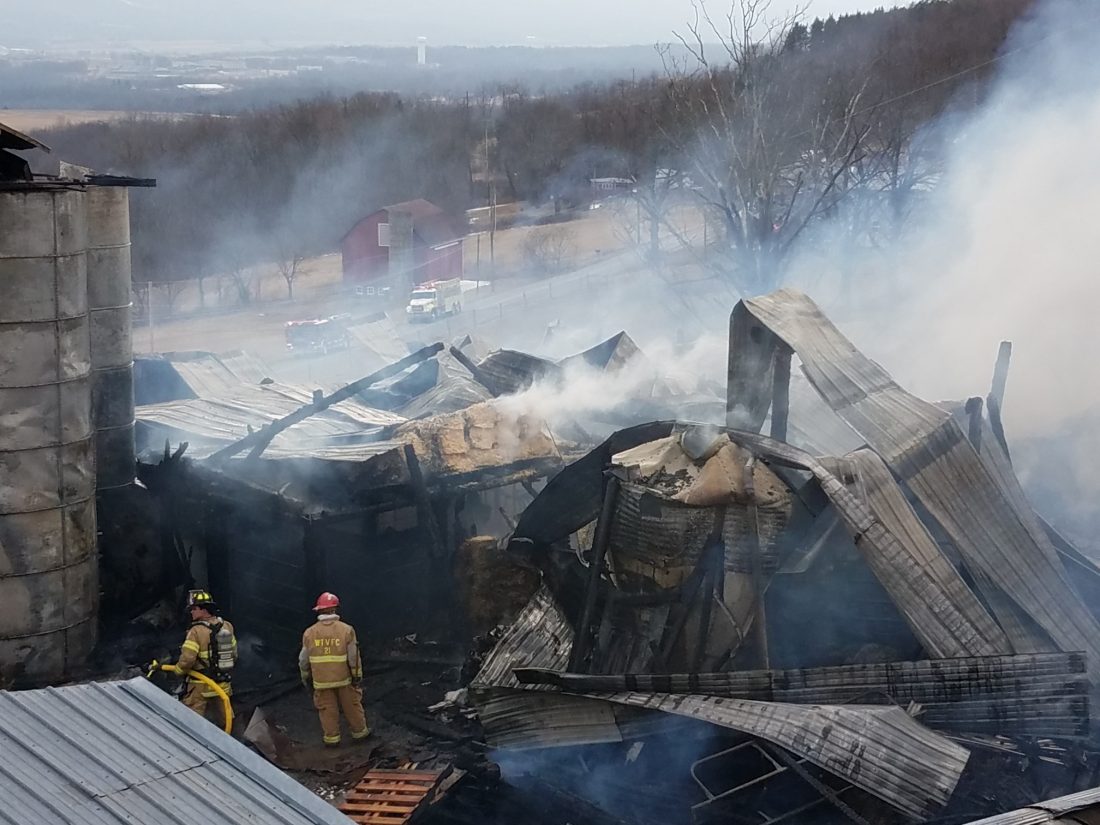 MONTGOMERY – A state police fire marshal will visit the ruins of a barn at John Shrimp’s farm on Cemetery Hill Road as the investigation into the cause of Thursday’s multiple-alarm blaze continues.

The Clinton Township volunteer firefighter who was taken from the scene in an ambulance during the fire was discharged from UPMC Susquehanna Williamsport Regional Medical Center after experiencing what appeared to be a medical episode, Assistant Township Fire Chief Eric Eveland, said Friday.

The firefighter’s identity was not released.

Eveland, who directed operations, said the building was engulfed in flames and half of the metal-siding barn had already collapsed when the first of a dozen fire companies began arriving.

The barn was filled with farm machinery that was destroyed in the blaze.

“There were a lot of boxes of newspapers in the barn. I believe the newspaper was used for bedding for Shrimp’s livestock,” Eveland said, adding that all the cattle that were in the barn safely escaped the fire.

The fire’s start remains a mystery.

Cpl. Nicholas Loffredo, a state police fire marshal, was expected to be at the fire scene Monday and look for possible clues into what might have sparked an inferno that could be seen for several miles.

It was believed the Shrimp family had insurance on the barn, Eveland said.

Officials at the Pennsylvania College of Technology reported on social media Wednesday that Joshua Lane Stanley, ...

The two drivers who were taken to the Williamsport Regional Medical Center after their cars collided at Park Avenue ...

In one of several accidents investigated by state police, Angela Hilton, 25, of Athens, and a passenger in her car, ...