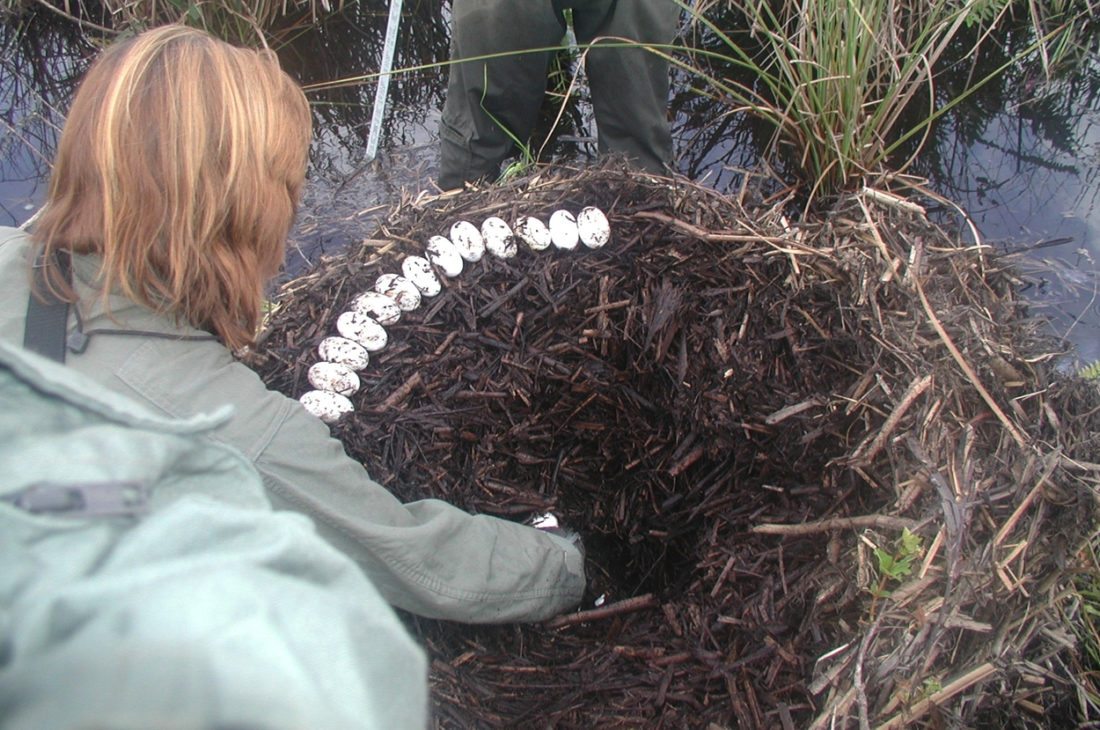 We are in the time of the year when wildlife are giving birth to their young. In nature, some mothers lay eggs, while others give birth to live young. Both methods have benefits.

Laying eggs allows greater mobility for the female, which will not be encumbered by developing embryos inside her body during a prolonged period of time. Since the mother’s body isn’t weighed down, she is able to escape danger and also hunt for food.

Egg laying allows for a higher likelihood of genetic diversity if there are multiple matings.

A female can lay multiple eggs. There are females that sit on eggs, while others bury them. Both ways are to keep the eggs warm.

Some reptiles that lay eggs will bury them in sand or mud, then leave. The young will be on their own after hatching.

A female alligator builds a nest to lay her eggs in and stays to protect the eggs from predators.

Insects have many different sites where they lay eggs. One female insect stings to stun a large caterpillar and lays her eggs inside, ensuring the hatched young have a source of food.

There also are spiders that wrap their eggs in silk and then carry them on their bodies until they hatch.

The laying of numerous eggs results in a high birth rate, which can overcome predators and maintain a healthy population. On the other hand, a larger and protected egg, in which the development of the offspring is inside the egg, gives the offspring a better chance to survive. This advantage can make the offspring large enough to escape potential predators and accidents after birth.

Giving birth to living young allows the female to better protect her developing embryo until it’s ready to be born. The mother’s body provides protection for the developing young, which allows the young to start life more developed than the young of the egg-layers.

However, giving birth to live young has a few minor drawbacks. Females that give birth usually have smaller broods than their egg-laying counterparts.

Giving birth to live animals provides protection inside the mother’s body from heat, cold, moisture and predators. Compare this to an egg-laying animal that must keep its eggs at a perfect temperature and keep watch that they are not eaten by predators.

Mammals invest far more in the gestation of their young than egg layers do. The increased investment by mammals allows for the development of more complex organisms, particularly resource-intensive organs like brains. From an evolutionary perspective, both egg laying and live birth are successful, but each has contributed to much different life forms.

Many animal groups have some species that lay eggs and others that give birth to living young. Some fish, amphibians and even mammals use both systems.

As for mammals there are only two species that lay eggs: the duck-billed platypus and the echidna, which is a spiny mammal native to Australia.

Of the 9,000 known species of snakes and lizards, about 15 to 20 percent give birth to living young. The common garter snake gives birth to live young, while rat, grass, king and other common snake species lay eggs.

In most cases, the female abandons the eggs shortly after laying them. However, a few species will coil around the eggs to incubate them until they hatch.

The highly venomous king cobra builds a nest for her eggs and remains with the hatchlings for a short time.

Female snakes that are ovoviviparous develop eggs inside their bodies.

Only birds, turtles, and crocodilians bear no live young at all. Live birth is also rare in fish, accounting for about two percent of known species, including guppies and sharks.

When the young are born, the female retains the eggs inside. The hatchlings are born live, outside of an egg. Basically, the eggs hatch inside of the female, and the baby snakes emerge fully active with no shell at all. Our rattlesnake is ovoviviparous, giving birth to living young after developing and retaining the eggs inside its body. When snakes are born live, they are completely on their own from day one! There is no parental protection in the snake world. The babies go off on their own shortly after birth, and must fend for themselves. That is why baby rattlesnakes are born “fully loaded” with fangs and venom.