‘Finding their voices’: Women stepping up in field of agriculture

Women stepping up in field of agriculture 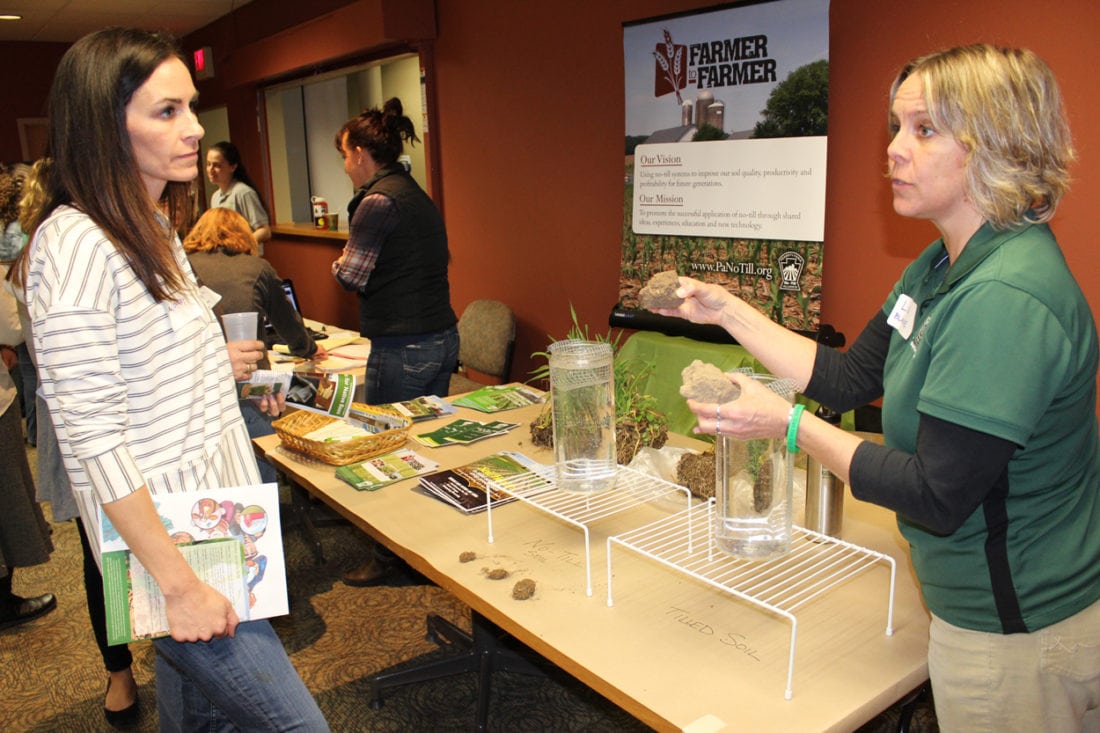 LEWISBURG — A recent Women in Agriculture event hosted women who work in the agricultural industry — from local farmers to government officials from across the state — in a chance to network, make connections and gain knowledge about the industry.

“It’s about connecting with other women farmers and also learning that we have an important role in agriculture, especially sustaining agriculture,” said Abigail Appleman, Hispanic outreach technician with the Natural Resources Conservation Service. “We’re making sure that women farmers’ voices are heard in policy making and in local government.”

She said it’s important for women to have a say.

People from the area met others who were facing the same issues they face every day.

“They’re making connections with other female farmers, but also, there are representatives from different agencies here,” she said.

other, to commune as women and as farmers … and to have some fun. We really want this to be an interactive networking session, provide some resources for you and answer some questions you might have,” said Susan Parry, Natural Resources Conservation Service grassland conservationist.

She said it was important to know resources in the community and in the government.

“Please share your experiences and the challenges you get into when you’re getting into farming and doing what you do,” she said.

Talking amongst each other helped make connections to solve problems and gather ideas.

She said when she first started approaching legislatures about sustainable agriculture a few years ago, it was not seen as important as it is today. With the growth in organic farming, the conversation is starting to be taken more seriously.

“It was more viewed as an assumed to be hobby farming. Those economics that we’re realizing is really changing that conversation,” she said. “Pennsylvania is the birthplace of organic agriculture for our nation.”

Between 2015 and 2016, Pennsylvania doubled in organic sales to $665 million which makes the state second in the nation in organic sales, she said. California is the first, and the trend is also going up nationally.

“This growth is not stopping,” she said.

She believes the growth in organic agriculture for Pennsylvania comes down to three things.

“First, being the birthplace helps. Second, our proximity to markets,” she said. “Third, that we are No. 1 in the nation for farms that sell directly to the consumer. It is this piece that I believe gives us the market edge. Organic or not, selling directly to your customer means that we rely heavily on relationships.”

She said relationships are an area where women tend to excel, which makes them vital as the industry grows.

“We tend to involve the community more on our farms, and we tend to care about how we’re getting that chicken to the bowl,” she said.

She said women tend to favor sustainable practices and prioritize food over commodities.

“Women now count for 30 percent of farm operators nationally, a number which has tripled, creating the fastest growing segment in agriculture,” she said. “Beyond the numbers, women are at the forefront of an important shift in today’s landscape. Namely, women tend to grow more diverse crops in farming systems that are more diverse and lean toward working with natural cycles.”