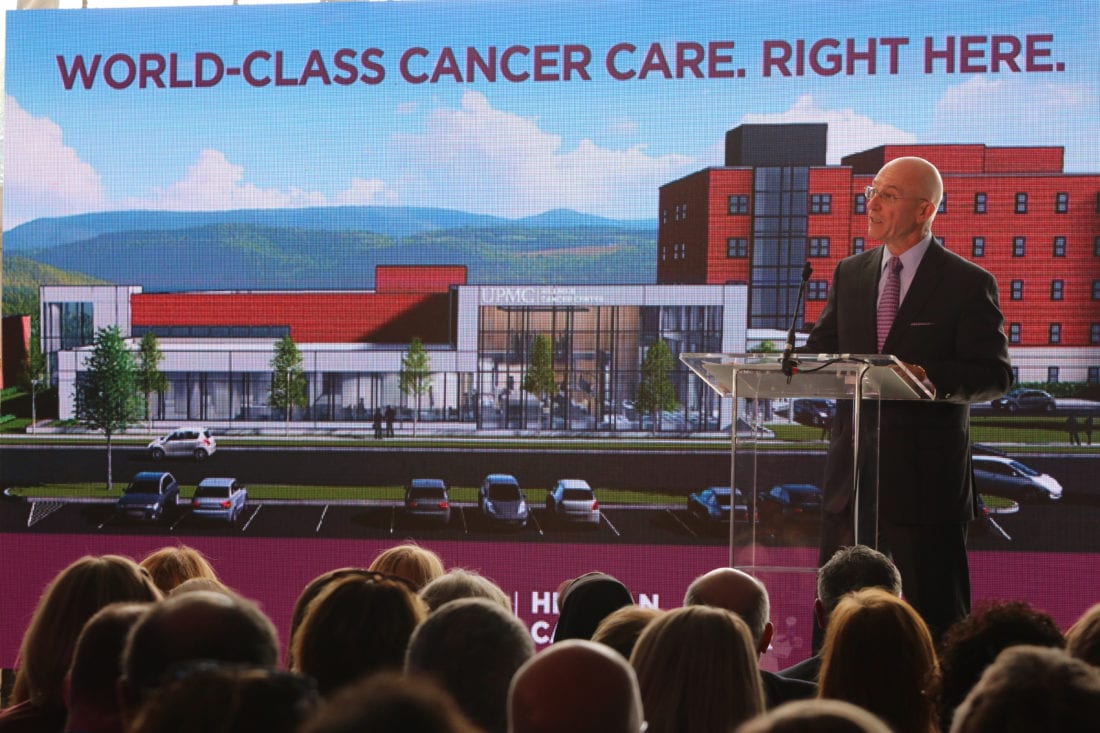 UPMC Susquehanna is expanding once again, this time to the tune of $113 million for two projects expected to be underway within the next several months.

The brunt of the cost is wrapped up in a $100 million expansion project to extend UPMC Suquehanna Tower to the medical office building at 699 High St., which will be completely overhauled.

The four-story addition “will create the infrastructure needed in the operating rooms, medical and surgical suites and critical care units to support the advanced life-saving and rehabilitation services necessary to provide full trauma services by 2020.”

“Beginning next spring, we will build a 120,000-square-foot $100 million facility designed to support Williamsport Hospital’s full transformation into a trauma center and usher in a new era of comprehensive physical medicine and rehabilitation services to the region,” said Steven P. Johnson, UPMC Susquehanna president.

Johnson referenced the hospital’s efforts to become a designated trauma center, which began in 2016 and are expected to be rewarded next year.

The transformation will “bring the next level of life-changing medicine to our region,” Johnson said.

“Beginning this winter, the Cancer Center will undergo a $13 million expansion and renovation project to transform it from an outstanding, award-winning, comprehensive community cancer center into a visionary, world-class program known as UPMC Hillman Cancer Center,” he said. “The Hillman name has become synonymous with the best cancer care, advanced cancer research and the best cancer physicians anywhere in the world.”

The announcement celebrates UPMC Susquehanna’s second anniversary, or two years of partnership between Susquehanna Regional and UPMC — one that has been “extraordinary” and “trusting,” said Jeffrey A. Romoff, UPMC president and CEO.

“We are exceptionally pleased to have been chosen” as Susquehanna’s partner, he said.

Other members of UPMC Susquehanna’s upper echelon commended the partnership as well, lauding the many changes made over the past two years.

“Together, our care becomes unmatched, unparalleled, uncommon to the core,” Johnson said, “making our the future brighter and our collective tomorrows healthier. Together, we are stronger.”