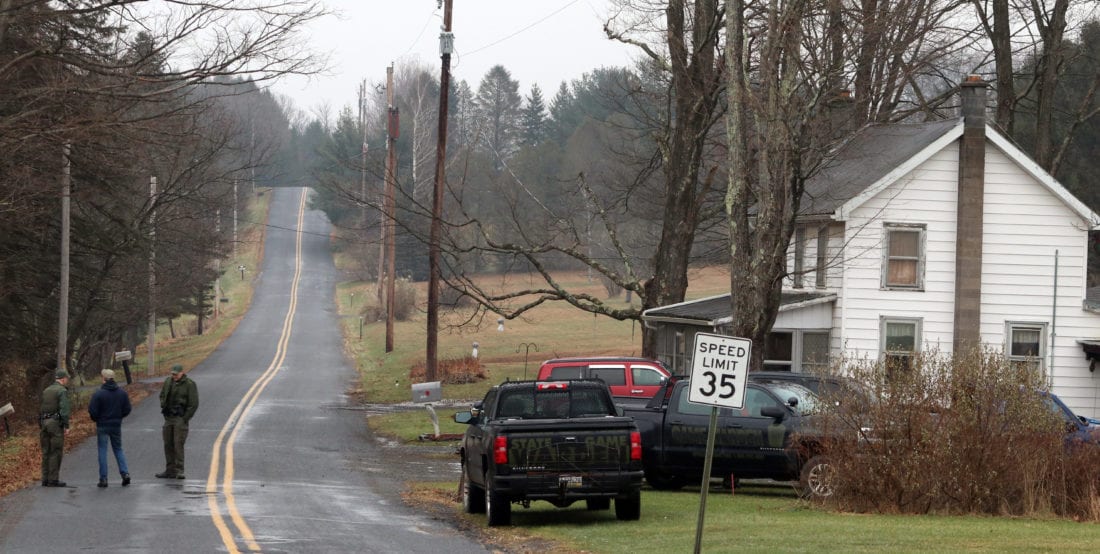 A Muncy Creek Township woman is in stable condition after being attacked by a bear behind her home Wednesday evening.

Melinda Lebarron was home alone when she stepped out back to have a cigarette and let her dog out yesterday evening, according to Lucinda Yoder, Lebarron’s sister-in-law. During that time, a bear appeared from the other side of her house and attacked.

called, and Lebarron was transported to Geisinger Medical Center in Danville.

The bear still is at large, according to Mike College, state game warden. A trap has been set near Lebarron’s house, and a dog trained in tracking bears is being transported to the area to assist in the bear’s capture.

According to Mike Steingraber, game warden supervisor in the state, this attack is “highly unusual.” Bear attacks are not common in the area, and this is the only one to happen this year. When asked to elaborate, Steingraber points to human presence as a deterrent for attacks.

“Generally speaking, bears are more afraid of us than we are of them,” Steingraber said.

Concerning the game commission’s efforts to track down the bear, Steingraber assured the public that they are “doing everything in their power to locate the bear.”