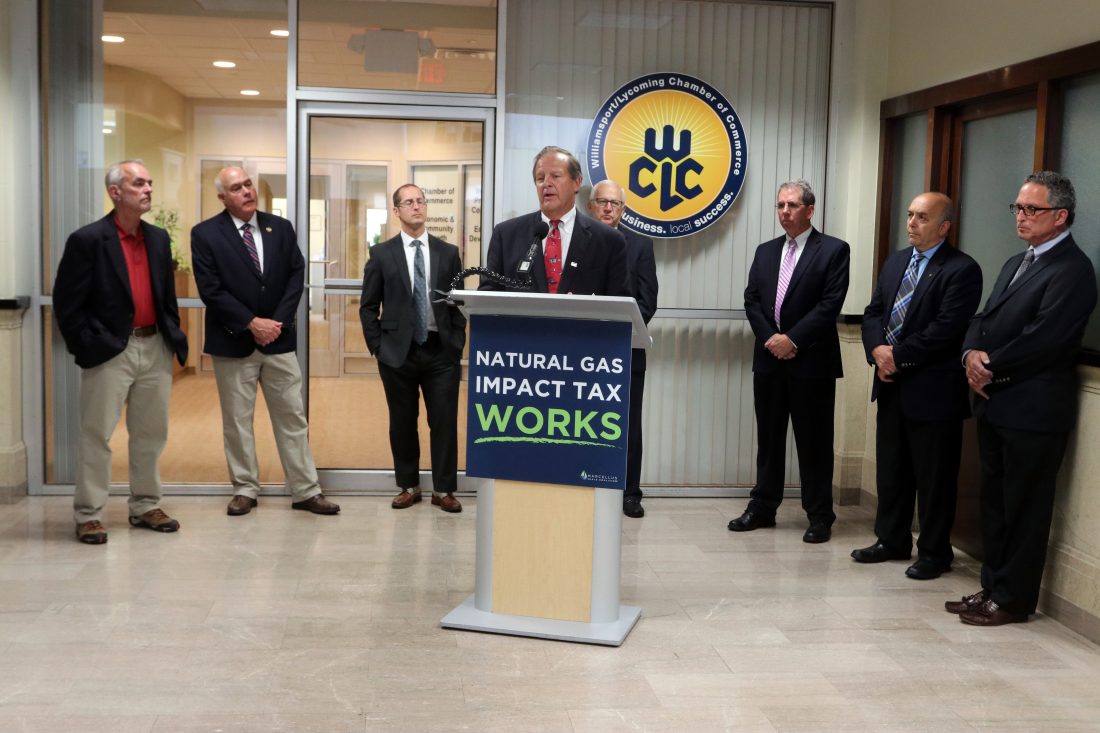 KAREN VIBERT-KENNEDY/Sun-Gazette David Spigelmyer, presdient of the Marcellus Shale Coalition, speaks at the Williamsport/Lycoming Chamber of Commerce on Thursday afternoon.

During a news conference Thursday at the Williamsport/Lycoming Chamber of Commerce, the benefits of the gas impact tax were discussed.

“It’s a tax,” said David Spigelmyer, president of the coalition, who estimated the gas impact fees have generated $1.7 billion in the state since 2012. The billions of dollars goes out to communities impacted by the drillers in Pennsylvania, he said.

In Lycoming County, $250,000 has gone to groundwater quality monitoring; $242,837 to a stadium project at Williamsport Area School District and $180,000 toward the future connection from Basin Street to the riverwalk.

In Williamsport, the fees have assisted in costs associated with building affordable senior citizen housing and with rental rehabilitation.

In Cogan House Township, 20 miles north of the city, road surfaces were “pie crust” before impact fees helped to repave them and make them drivable again, said Howard Fry, a township supervisor, who said the fees helped to give the 955 township residents a better quality of life and enabled supervisors to be able to pay the municipality’s bills.

Today, the 60 gas wells in the township have produced fees that helped to pave 80 percent of the road surfaces, Fry said.

The fees helped to support costs to build a playground and a storage shed for cinders, so officials don’t need to use a sledgehammer to break cinder up during inclement winter weather, Fry said.

State Sen. Gene Yaw, R-Loyalsock Township, noted how impact fee legislation has been among the most important laws he has seen in his lifetime.

Since 2012, Bradford County has received $117 million in gas impact fees. About $72 million has gone to Lycoming County; $9 million in Sullivan County and $4 million in the city of Williamsport, Yaw said.

Much of Everett’s district is impacted by gas well drilling.

Lycoming County Commissioner Jack McKernan summed up how the fees allow the board of commissioners the flexibility to use money in areas the fee can best be used.

State Rep. Jeff Wheeland, R-Loyalsock Township, warned that over-taxation of any company, including the gas industry, would drive business out of Pennsylvania.

“These companies can move to other states that have gas,” Wheeland said.

The fees helped the region to experience a better quality of life, said Jason Fink, president of the chamber.

“Look around,” Fink said, referring to the investment of gas tax that includes a terminal at Williamsport Regional Airport and monetary derivatives reserved for the continuing effort to recertify the levee. 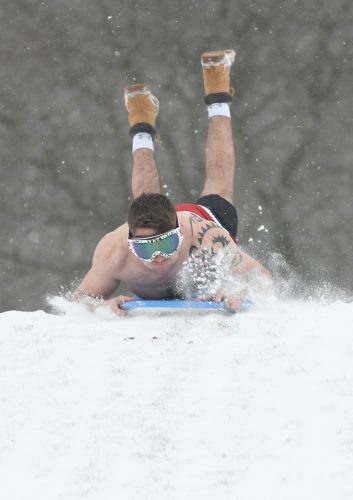