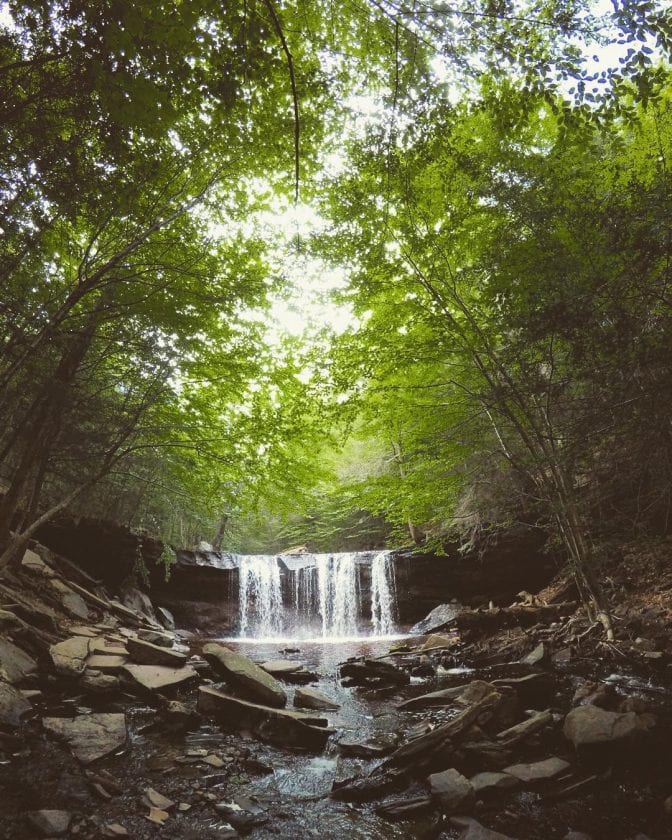 The now 13,193-acre state park in Luzerne, Sullivan and Columbia counties, filled in a gap around its south-east section Monday with a press release calling it the “missing puzzle piece.”

The land will remain untouched by purposeful means, but will be open to the public for hunting among other activities, said Scott Wilson, manager of Ricketts Glenn State Park.

“It will likely just be open parkland, we’re probably not going to have any trails through it,” he said. “It’s a really good piece as far it’s very wooded, and it has a lot of good bird habitat.”

Over 75-species of migratory bird occasionally call the space home, according to the state Department of Conservation and Natural Resources.

“There’s always a threat with development and a lot of things we see these days as far as the expanding of people, but we’re doing our best to keep what we oversee, as natural and as good of a habitat as we can,” said Wilson.

While it wasn’t a complete inholding, the state park was looking to obtain the acreage for a long time, he said.

“We were able to have the Conservation Fund help us out and they did a lot of the legwork. So big thanks to them,” said Wilson.

Prior to purchase, the land was used for recreation, he said.

“The Conservation Fund worked very well with a willing seller to purchase the land and transfer it over to Ricketts Glen,” he said.

It’s the organization’s hope to, not only conserve wildlife, but spur tri-county area’s recreational economy.

“State parks, particularly in Pennsylvania, are the economic driver in terms of tourism dollars. In coming to visit, they eat at local restaurants, shop at local stores, and purchase equipment to recreate in the outdoors,” said Shenk.

An unnamed tributary, which eventually runs into Phillips Creek and the Susquehanna River, provides exceptionally clean water. The acquisition will ensure the surrounding watershed is clean.

The property will also help protect 10 acres of freshwater forest and shrub wetlands, according to DCNR.

“It’s a beautiful stream that runs through a quarter of the property and will probably be an attraction,” he said.

The rest of the land is a mixture of flat land, and slopes. “It will provide a very natural setting for folks that want to hike and explore the woods back there,” he said.

Cindy Adams Dunn, DCNR secretary, said it’s difficult to improve one of Pennsylvania’s most popular and heavily visited state parks, according to a press release.

“But the Conservation Fund did just that with the acquisition and transfer of this acreage,” she said. “It’s all here in these 143 acres: Watershed protection, wildlife habitat and public land accessible to all.”

In the future, Park Manager Wilson said there are no immediate plans for expanding the park, but “we’re always looking for the possibility of acquisitions that make sense. We’re always keeping our eyes open.”