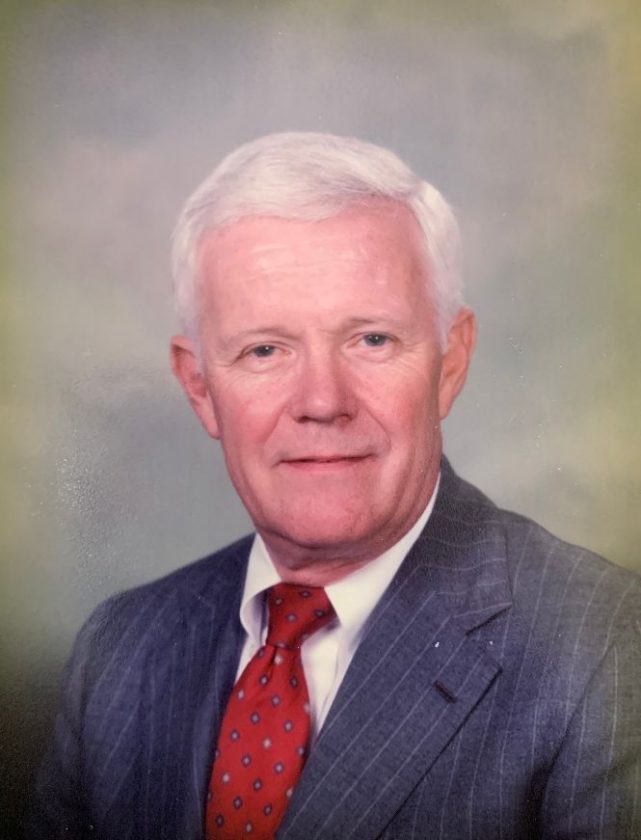 Born July 30, 1933, in Williamsport, he was a son of the late Birch and Nelcele (Grady) Phillips. On May 30, 1959, he married the former Annmarie Smith, who survives. Together they celebrated 60 years of marriage.

Birch was a 1951 graduate of Williamsport High School and 1955 graduate of the Virginia Military Institute with a degree in civil engineering. He later earned his MBA from Bloomsburg University.

Birch served honorably in the U.S. Air Force as a fighter pilot. He was the longtime owner of the former Phillips Supply House, Williamsport.

He was well-known and active on many community boards. He was past-president of the Divine Providence Hospital Board, Family and Children Services Board, Pennsylvania College of Technology Board, and he was instrumental in creation of the Susquehanna Health System, ultimately becoming the treasurer. He was awarded the Susquehanna Health System Distinguished Lifetime Service Award and the Director’s Chair award from the Community Arts Center.

Birch was a member of the American Legion Post 104, Montoursville, and the Dietrick Lamade Lodge 755 F&AM, where he was a Past Master, and he was a Past Most Wise Master of the Williamsport Chapter of Rose Croix of the Valley of Williamsport, Ancient Accepted Scottish Rite.

In addition to his parents, he was predeceased by one sister, Patricia Kohen.

A celebration of Birch’s life will be held Thursday evening, Feb. 6, at Herman & Luther’s, Route 87, Montoursville, from 4 to 7 p.m.

The family is being assisted by Grenoble Funeral Home, 121 S. Main St. Muncy.