‘One person at a time’ 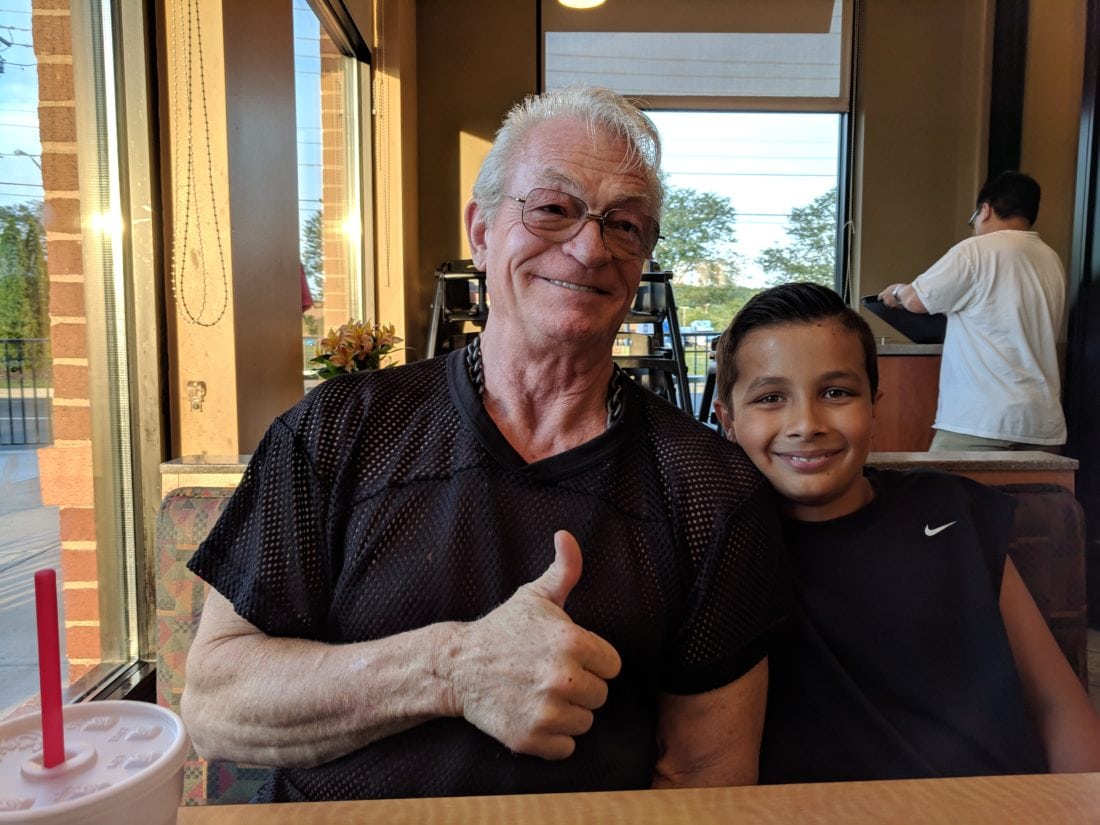 After noticing a car filled with Jim Stewart’s belongings and a Purple Heart on his license plate, Nicole Banks, formerly of Williamsport, ended up becoming friends with the homeless former Marine veteran. Banks, also a Marine Corps veteran, has since taken upon herself with the aid of friends, co-workers and people from all around to help Stewart and created Starfish Assignment to keep making a difference.

On the morning of the Fourth of July, Banks and her son Rohan Ghala were running errands, stopped by a restaurant and drove through a parking lot, she said. At first, she noticed Stewart sitting under a tree on the hot day and then saw the Purple Heart and car filled with stuff, and realized he was homeless.

Rohan suggested giving Stewart their food, although hesitant, the two approached, she said. Banks thanked Stewart for his service and mentioned she was a Marine veteran herself.

They talked for five hours outside of Stewart’s car, she said. During their conversation, Banks asked Stewart what he needed. He mentioned he needed the air conditioner in his car fixed, a reclining lawn chair to sleep on during hot nights and a Veterans Affairs lawyer.

That same day, Banks went and bought him a reclining chair from Meijer’s, a store similar to Walmart in Ohio, she said. Later that day, Stewart sent Banks a picture of him in his new lawn chair.

Although happy to have made a difference, Banks felt guilty because he was a Purple Heart veteran — she was comparing their lives, she said. But she wanted to be respectful of what Stewart needed, as he wasn’t asking for help.

“I felt driven to make changes,” Banks said. “I couldn’t leave him like that. I knew I needed to help.”

Banks’ friend temporarily fixed Stewart’s AC and suggested starting a fundraiser to get him a new car, she said. Reaching out to her network of friends, she started a Facebook fundraiser and the help “ballooned,” raising $8,681. Her friends, co-workers at the Defense Logistic Agency, U.S. Sen. Sherrod Brown and many more rallied together to help Stewart.

Since the Fourth of July, Stewart got a new 2007 Honda Element and moved into his new apartment in August, Banks said. Through Samantha Sawmiller, in Sen. Brown’s office, they discovered Stewart’s disability claim wasn’t reviewed correctly.

“It isn’t just money that came through this. It was a lot of ideas. People helped with his VA stuff. I suggested he get hooked up with the Marine Corps League,” said Jason Kriner, of Williamsport. “We tried to set up, the best we could, a viable way that he could take this help and move forward with in a viable way that he would be good to go afterwards.”

Kriner, also a Marine veteran — part of the reason he resonated with Stewart’s story — has been friends with Banks for 35 years since school, he said.

With the momentum that Banks and the community generated, Banks knew she could continue spreading positivity. She created Starfish Assignment, an organization that gives people the opportunity to volunteer, mico-volunteer and work with public officials, she said.

Starfish Assignment gives people who don’t think they have the time to help the chance to make a change by working with police officers, court officials or others who can identify a need in their community one person at a time, Banks said.

“The real power of this idea I think is going to come through ideas, not necessarily people opening their wallets,” Kriner said.

The name is inspired by the story of a young boy throwing starfish back into the ocean while the tide was low that washed up early in the morning, despite hundreds washing up daily, Banks said. The boy continues to rescue the starfish because even though he can’t save each one, he can at least make a difference for one.

In Columbus, Ohio, they turned to police officers because they work with people in need daily but may not always be able to provide time or resources, Banks said. Through Starfish Assignment, they are able to increase visibility in the community to spread positivity and additional resources.

By working with officers in Columbus, they identified a need in the community — officers wanted to encourage kids to participate in sports, Banks said. People gathered sports equipment to give to officers and they, in return, hand out balls, bats and bikes to kids in the community.

Learning about Starfish Assignment through Banks, Kriner reached out and the two “decided it would be a great idea to try to duplicate the effort here” in Williamsport, Kriner said. In addition to the Columbus, Ohio, chapter, there also will be one dedicated to Central PA.

The Central PA chapter is still growing and the organization is still making connections with public officials in the community, Kriner said.

“You have no idea how good it feels to be able to change somebody’s life and to do it in a way that required surprisingly little effort. One person can’t go out and change homelessness in Lycoming County or in Dauphin County or in Columbus, Ohio, but 1,000 people together, with ideas and a little bit of effort, can do wonders for one at a time,” Kriner said.

For more information about Starfish Assignment or to volunteer, visit starfishassignment.org or visit them on Facebook and Twitter.

“We can make a difference for one person at a time,” Banks said.