Louise McCarty Plankenhorn, The woman who lived in a castle

The woman who lived in a castle 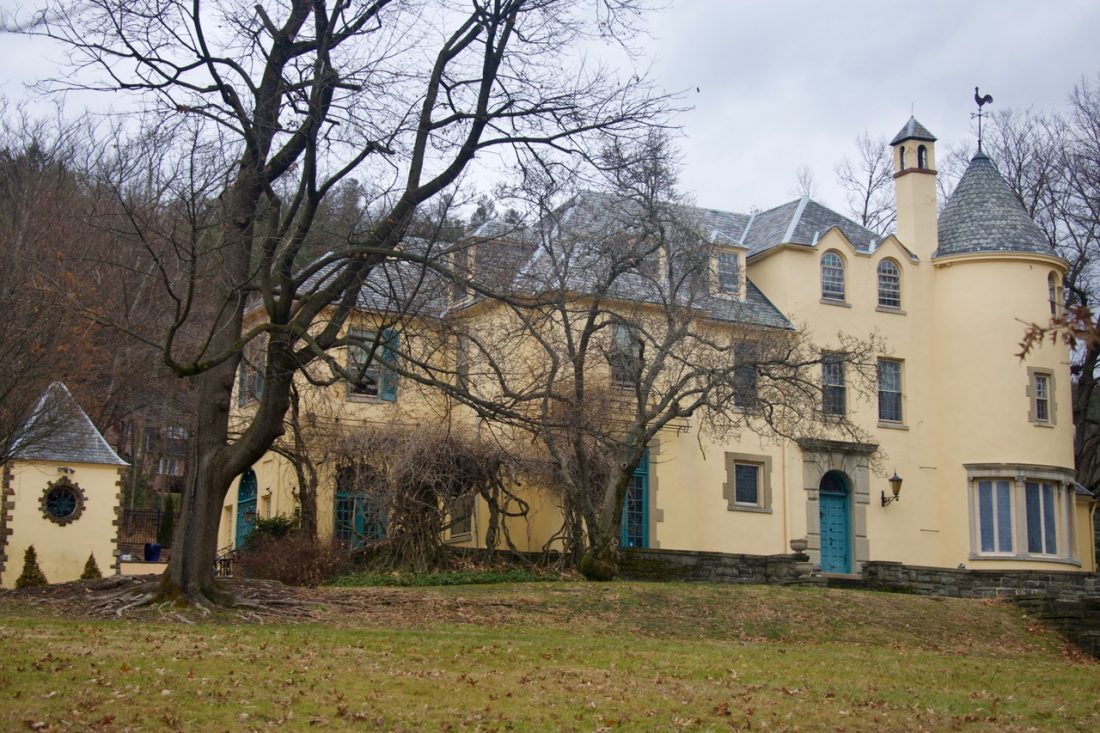 When I was a kid in the early 1950s, living on Eldred Street in Williamsport, at least once a year my mother, Helen McMunn Sieminski, would lead me and other neighborhood kids on a hike to “The Cross.”

Our destination was the 24-foot-high concrete and steel cross at the top of Grampian Hill. An imposing stone entrance and a set of stone steps led to the cross.

One highlight of the trip was hiking past all the mansions on Grampian Boulevard. The one that intrigued me most was yellow stucco and had a tower. To me it was a castle, and I tried to imagine who might live there.

Now I know that it was the home of Frank E. and Louise McCarty Plankenhorn and their daughter, Ann. Louise was known in Williamsport for her musical talent and her club and civic work. Frank Plankenhorn was a successful Williamsport businessman and postmaster, who was responsible for the development of the Grampian Hills.

Louise McCarty was born in Williamsport on Oct. 4, 1889. She was the adopted daughter of Harry C. McCarty and Anna Mary Moore McCarty, and she had an older sister, Catherine.

From an early age Louise attended private boarding schools and studied music. At 14, she was a preparatory student at Wilson College, Chambersburg, well known for its exceptional music department. Her sister, Catherine, was also at Wilson.

From 1905 to 1907 Louise attended Lasell Seminary for Young Women, now Lasell University, on the outskirts of Boston. Lasell publications cited her virtuosity at the piano. She also studied at the Misses Rayson’s School in New York City.

When Louise was 17, she entered the Institute of Musical Education, predecessor to the Julliard School. Enrolled in the Diploma Piano program, Louise studied at Julliard from 1907 to 1910, where she was a taught by the renowned pianist Carolyn Harding.

She began her performances in Williamsport as early as 1904, while she was still a student. According to the Williamsport Sun-Gazette on Feb. 25, 1904, she had two piano pieces and a soprano solo in a musicale at the Bethany Presbyterian Church at the corner of Green and High Streets.

“For the benefit of those who do not know where this church is located,” advised the article, “take a Vallamont car and get off at High Street, and follow the crowd.”

At the time of the 1900 census, Frank was a 20-year-old, working four months of the year as a schoolteacher. In 1902, he was a letter carrier. He was promoted to a postal clerkship when he and Louise married in 1912. According to a profile published in the Grit on Oct. 24, 1954, he resigned from the post office in 1916 and devoted his time to two textile firms he had established that made uniforms for postal workers — Penn Garment Company and Plankenhorn Braid Works. In 1936, President Franklin D. Roosevelt appointed Frank Williamsport postmaster.

In 1920, Frank and Louise were living on Center Street in Williamsport with their daughter, Ann Louise (1919 to 2017), born the previous year.

Louise did not pursue a professional career in music. She taught music locally and entertained at various events, as noted often in the local newspapers.

She did encourage and support others, including urging Mary Landon Russell to write “A History of the Music of Williamsport” (1957). Landon’s thesis remains the definitive history of music in the area.

My “castle,” the Plankenhorn mansion at 235 Grampian Blvd., is a city landmark. In 1925, the Plankenhorns purchased an existing home built in the late 1890s and extensively enlarged and renovated it. They also bought an additional 200 acres north of the home. The entire 200-acre Grampian Hills Development was envisioned by Frank Plankenhorn as a rival to the Vallamont neighborhood, designed to attract wealthy families who were beginning to move away from Millionaires’ Row as the lumber industry declined.

The homes were constructed following rigorous design specifications outlined by Frank. Stone masons from Italy were hired to build the impressive stone monument at the entrance. Frank himself planted the pin oaks that graced the winding streets and bought the equipment needed to pave the streets.

Louise purchased a second mansion in 1944. As her obituary in the Sun-Gazette explains, “she rescued the Herdic House from being auctioned, and perhaps torn down, by rushing downtown with a check and a plea for restoration. Thereafter she worked to return the structure to its original grandeur but terminated her effort due to her husband’s failing health.”

Frank Plankenhorn died on July 23, 1956, after a long illness. Louise eventually moved to Hingham, Massachusetts, where she lived with her daughter, Ann.

The Grampian Boulevard “castle” was sold to Williamsport builder Richard Lundy. Louise died in Hingham on May 11, 1992, at the age of 102. She and her husband are buried in Wildwood Cemetery.

— Lycoming County Women, by Mary Sieminski and Janet Hurlbert, is a monthly column published on the second Sunday of each month in the Williamsport Sun-Gazette’s Lifestyle section and is part of the Lycoming County Women’s History Project. Sieminski is the former director of the Pennsylvania College of Technology Library. Hurlbert is professor emeritus of Library Services at Lycoming College. For more information, email life@sungazette.com.