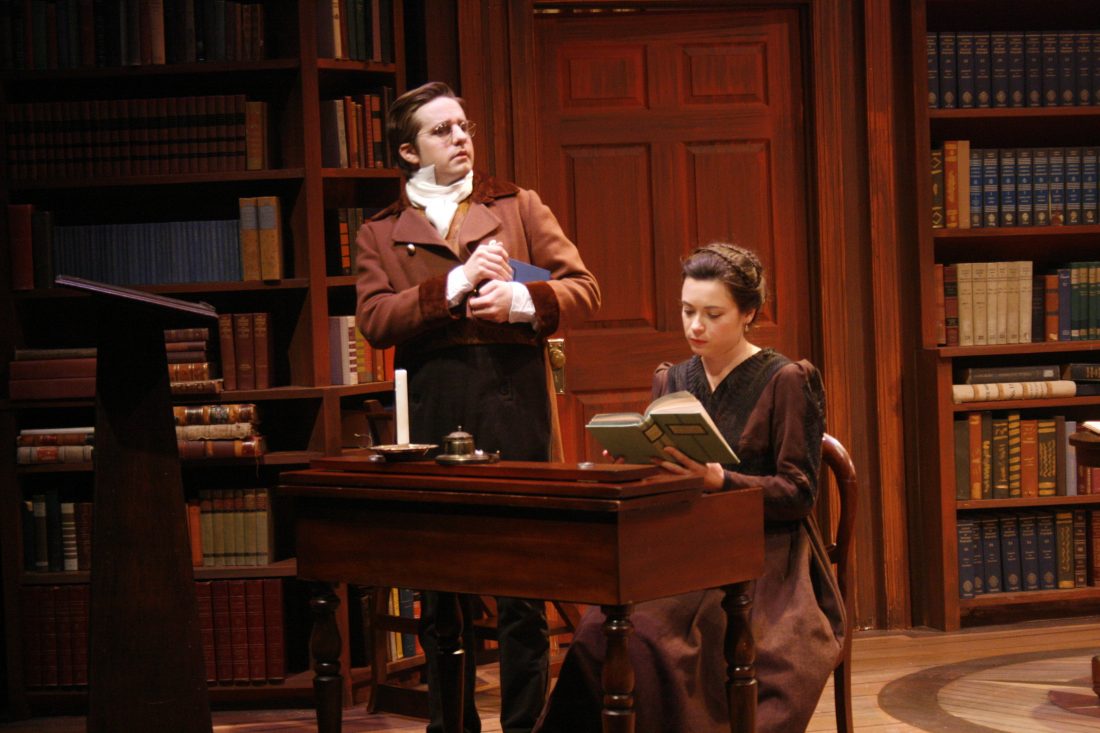 BLOOMSBURG — Although “Christmas” is in the title, “Miss Bennett: Christmas at Pemberley” may not be considered by some theatregoers as a traditional Christmas play.

But for its 42nd season, the professional Bloomsburg Theatre Ensemble has selected this unofficial, seasonal sequel to “Pride and Prejudice” as its holiday attraction.

The warm-spirited “Miss Bennett: Christmas at Pemberley” has 7:30 p.m. performances on Thursdays, Fridays and Saturdays, with 3 p.m. matinees now through Dec. 29 at the Alvina Krause Theatre, 226 Center Street.

Co-writer Melcon claims that the play is “a true celebration of the struggle we all feel against who our family expects us to be versus who we actually are,” and the power of being uniquely oneself.

The middle sister of a very unlikely group of siblings, Mary is unmarried, nerdy, and a bit tired of some of her siblings’ failed romantic encounters. But an unexpected guest arrives to flame Mary’s interest in not only gaining more independence, but maybe even finding love. Mary would like to believe that it doesn’t matter that the visitor is both brainy, handsome and wealthy.

Heading the cast is Morgan Kauffman as the nerdy Mary. A veteran of BTE’s “The Wizard of Oz” and “the Explorer’s Club,” guest actress Kauffman is highly effective as the presumptive eventual spinster Mary.

The engaging and convincing cast of characters also includes: BTE’s Eric Wunsch as Mr. Darcy, with McCambridge Dowd-Whipple as his wife, Lizzy.

With lavish Regency-era costumes, BTE’s “Mary Bennet: Christmas at Pemberley” is a feast for the audiences’ eyes. Plaudits too for Aaron White’s handsomely staged set design.

Played in two acts, and briskly directed by Bloomsburg Ensemble member Andy Hubatsek, this family friendly show is a treat for both lovers (of “Pride and Prejudice”) and newcomers to the world of Jane Austin.

Although the script is a bit predictable, today’s audience will find much to relate to despite its early 1800’s setting. So although there is a “period” style, “Mary Bennet” often crackles with modern wit.

The acclaimed professional ensemble’s extended run of this holiday production entertainingly “celebrates intelligent young women and the bookworm inside us all.”