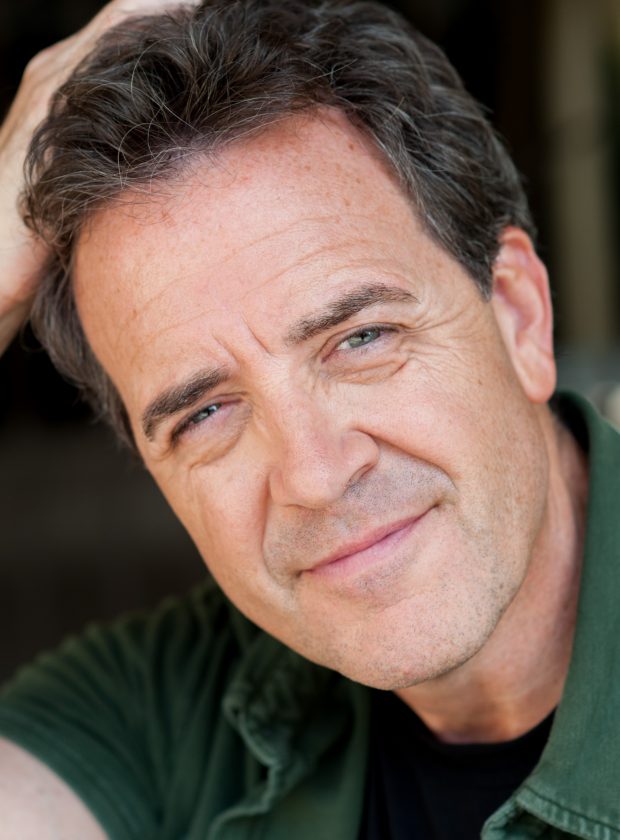 It’s been nearly four decades since Tom Woodruff appeared in a local production.

During the Community Theatre League’s 1981-82 season, Woodruff was one of the lovable loonies in “Arsenic and Old Lace,” presented in the local community theater’s former home on Washington Boulevard.

The Williamsport native, who was educated at Loyalsock Township High School, remembers that his early aspirations trace back to junior high school when working with plastic bandages, which he attempted to create unique effects with.

His parents, especially his father, were “very supportive, but not in a driving way.”

Having developed a personal film studies program, Woodruff graduated from Lycoming College with a major in Theatre and Business Administration.

He moved to Los Angeles in 1982, which he called the “coolest thing” that he has ever done and proved to be a really transforming life experience.

Conceding that being in the right place at the right time can be very important, Woodruff soon joined the legendary Stan Winston Studio in creating special effects, working on “Terminator,” but having no idea how big this film would be.

As an actor, Woodruff played in movies, sometimes uncredited, but landed leading monster roles in the films “Pumpkinhead” and “Leviathan.”

Together with a fellow Stan Winston Studio effects supervisor, Woodruff formed Amalgamated Dynamics, Inc. (ADI) in 1988, and the company provided creature effects for the series of “Alien” motion pictures.

Although known for his work on “Starship Troopers” and “Alien Resurrection,” Woodruff received high acclaim by winning the 1992 Academy Award for Visual Effects for the dark fantasy “Death Becomes Her.”

In addition to winning the Oscar, his filmography over the last two decades credits Woodruff functioning as either an effects artist or actor in dozens of films, including: “Alien Nation,” “Tremors,” “Jumanji,” “The X Files,” “My Favorite Martian,” “Cast Away,” “The Santa Clause 2,” “Race to Witch Mountain,” “Zookeeper,” “Ender’s Game,” and many more.

With his vast experience, Woodruff rightfully asserted that there’s more to the art of performing a non-human creature character than putting on a rubber suit and making growling noises.

“With all the work that goes into the design of a creature, giving it life ultimately comes down to the performer,” Woodruff said. “If the imagery of the creature is going to carry any weight in helping to tell a story, it’s the responsibility of the performer to be as prepared as any actor who presents a character on the screen.”

He and his wife, Tami Spitler Woodruff, are the parents of three children: David Woodruff, Taylor Woodruff and Connor Woodruff.

His relocation back to Pennsylvania may not be totally permanent, though, as Woodruff maintains contacts and connection with West Coast artists and companies, while working from his home. It is very notable, however, that he is having a house built in this immediate area.

Although some of the production staff of “It’s a Wonderful Life” did not recognize Woodruff during auditions, he is enthusiastic about performing again. For Woodruff, returning to his birthplace and performing again for the Community Theatre League is similar to his life coming full circle. He believes that accepting acting roles can help him refine his directing skills, which he obviously relishes.

Regardless of how he classifies his current role, Woodruff may elevate CTL’s holiday production simply by being a member of its cast.