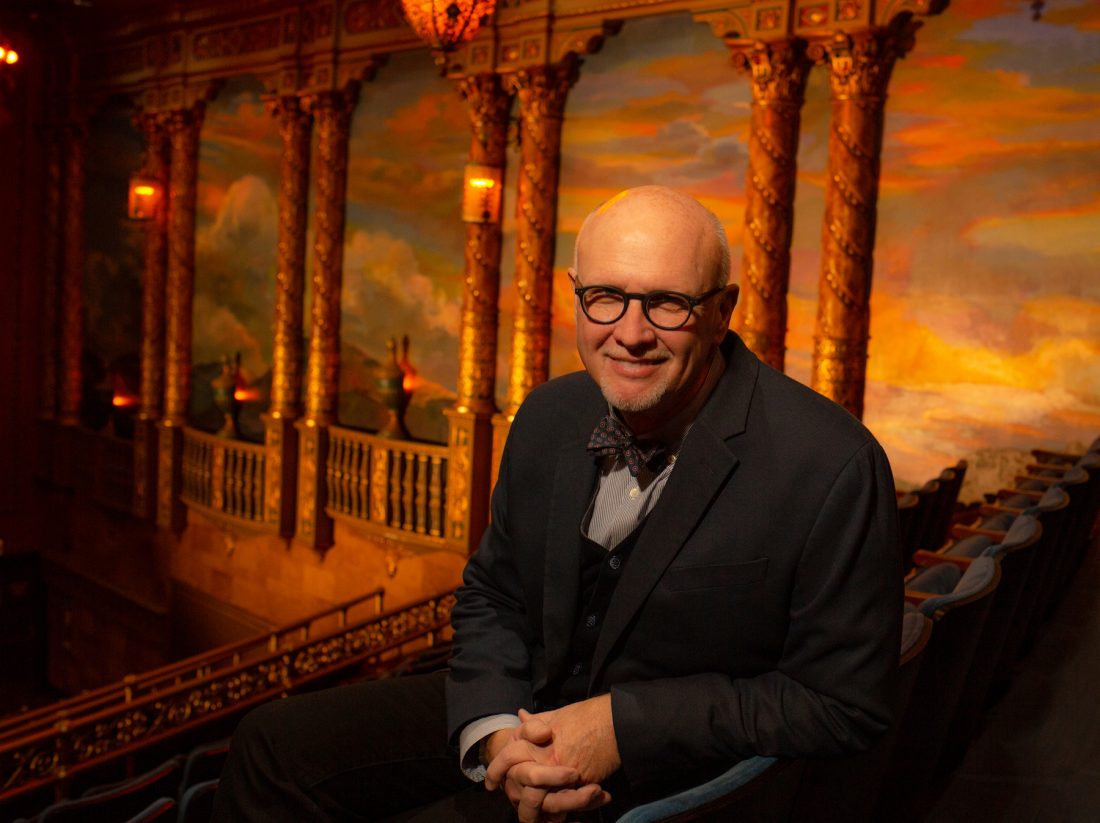 Before he was hired as the Community Arts Center’s new executive director earlier this month, Chuck Still spent five years in that same capacity with the Midtown Arts and Theater Center Houston in Houston, Texas. But feeling that his role at MATCH was no longer challenging him in the ways he would have liked, Still resigned from the position because he was, by his own account, “really, really bored.”

After leaving MATCH back in September, Still traveled around the country, visiting 31 states and the District of Columbia. Eventually, though, he knew he would need to get back to work.

“I didn’t have enough money to fart around the rest of my life,” he said.

So, Still set out with the goal of finding a position that would utilize his strengths and satisfy his need to be challenged, ultimately interviewing for the role of executive director with five different organizations. After being offered a few of those jobs, he decided the CAC was the place for him because it provided something the others could not.

“I took this job because it really came down to doing shows,” Still said. “I got into this business because I enjoy doing shows, and it was attractive to me to program.

“It was also attractive to me to just have a theater again,” he added. “So that is why I came.”

Mentioning how beautiful he finds the venue to be, Still said the inside of the CAC is reminiscent of a renovated theater in his hometown of Chattanooga, Tennessee.

“I think it’s lovely,” he said of the building.

His first impressions of Williamsport have also been good. Despite being practically locked in his office the past few weeks, he said he can already tell that the city has a lot of people who really believe in it and want it to succeed, which he feels is “heartening.”

Since the CAC has been without a full-time executive director for several months, it has been crucial for Still to hit the ground running in his new role, so he hasn’t wasted any time getting to work.

“It was important for me to get in here and wrap my hands around it,” he said. “I would still say that I don’t have my hands around it yet — I mean, I don’t even know my desk phone number yet. I have still got a ways to go before I really know anything.”

With the bulk of his career spent in various positions related to professional theater, Still described himself as a “pretty flexible and creative problem solver,” which he considers to be his biggest strength. He cited his previous time spent as the founding executive director of both the The Katharine Hepburn Cultural Arts Center (Old Saybrook, Connecticut) and the Midtown Arts and Theater Center Houston as proof that he can be successful in many different venues.

“There is enough artistic whatever in me — whichever side of the brain that is — that I enjoy artistic programming,” Still said. “I enjoy trying to figure out an audience, and then giving them the stuff they would like.

“One of the reasons why you do a job like this is because you put something on stage that moves people,” he added. “I think that’s what drives everybody that works at this. There is just something amazing you get from that.”

Overall, Still said he would like to see the CAC doing a lot more with its space by adding more shows to its programming. To play a truly central role in the community, he said, the venue needs to be open a lot more than it is currently.

“If we try only to do those things that would fill the room, in a community this size, we aren’t really going to be able to do a whole lot of stuff,” he added. “I think it’s probably more important for us to be open and active than it is for us to only do things that we know can fill a big hall.”

To that end, Still said he would eventually like to see the CAC start hosting more shows in the summer, which it currently only does on rare occasions.

He also mentioned that any changes to programming will take root over time, and he doesn’t expect to see anything major happen before the fall, because of how many months out shows need to be booked.

“I would like to see the CAC be the kind of place that, when you are thinking about how you want to spend your leisure time, you check to see what we’re doing, because we are that prominent in your social life,” he said.

Still feels the area’s citizens are fortunate that the theater was saved through renovations 25-plus years ago, instead of just being torn down, which many other communities have done with similar structures. Now, he wants to help make the CAC the best that it can be.

“It may be bigger than it should be in a town this size, but Williamsport had the heart to save it, and I would like to see it become the heart of Williamsport,” Still said.