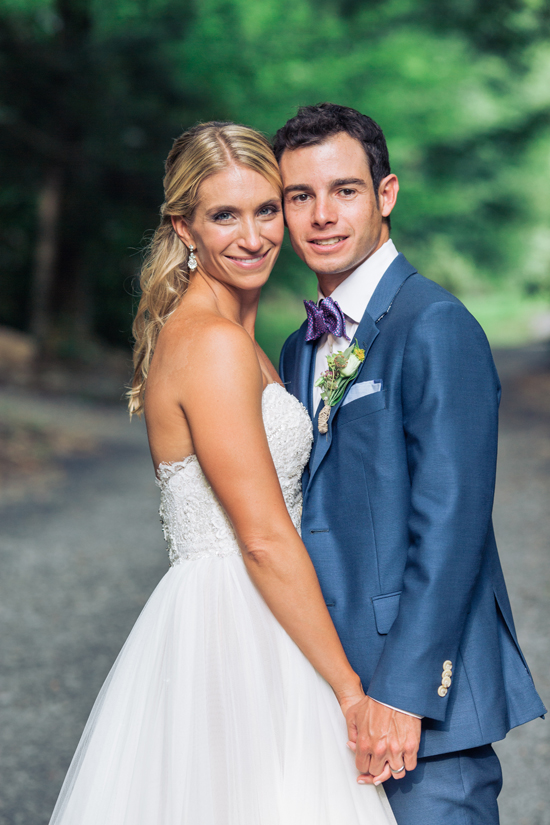 Melissa Manning, of Williamsport, and David Cruz, of Kenilworth, New Jersey, were united in marriage at 5 p.m. July 16, 2016.

Lois Heckman officiated at the ceremony held at Tall Timber Barn, Canadensis, where a reception also was held.

The bride is the daughter of Joan Manning, of Williamsport, and the late John Manning. She graduated from Montoursville Area High School in 1998. She received a bachelor’s degree from Clemson University, Clemson, South Carolina, in 2002 and a doctorate from New York Law School, New York City, in 2005. She is employed by Travelers Insurance, Glendale, California, as an attorney.

Cruz is the son of Maritza and Daniel Cruz, of Kenilworth. He graduated from Oratory Prep, Summit, New Jersey, in 1998 and graduated from Fairfield University, Fairfield, Connecticut, in 2002. He is employed as a SEO analyst in Santa Monica, California.

Maid of honor was Erica Manning, of Santa Monica, sister of the bride.

Best man was Dan Cruz, of Santa Monica, brother of the groom.

Following a trip around the world to Norway, Turkey, Rwanda, Kenya, Seychelles, Dubai and Hong Kong, the couple resides in Santa Monica.