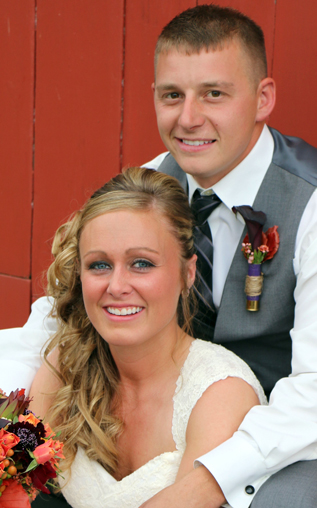 Gary Wasson officiated at the ceremony held at the Wheeland Center, Jersey Shore.

The bride is the daughter of Debbie and Edward Gregory, of Trout Run. She graduated from Liberty High School in 2008 and received a bachelor’s degree in marketing from Indiana University of Pennsylvania in 2011. She is employed by Novitas Solutions as an appeals representative.

Steppe is the son of Diane Oeler, of Nisbet, and Steve Steppe, of South Williamsport. He graduated from South Williamsport Area High School in 2006 and received an associate degree in forestry from Pennsylvania College of Technology in 2010. He is employed by Susquehanna UPMC as a grounds keeper.

Maid of honor was Brittani Phillips, cousin of the bride.

Best man was Jeremy Steppe, brother of the groom.

Following a trip across America, the couple resides in Jersey Shore.